Prime Minister Justin Trudeau’s appeal to the U.S. to help secure the freedom of Michael Kovrig and Michael Spavor is “a waste of time” and “doomed to fail," China’s foreign ministry said Friday.

Prime Minister Justin Trudeau's appeal to the U.S. to help secure the freedom of Michael Kovrig and Michael Spavor is "a waste of time" and "doomed to fail," China's foreign ministry said Friday.

Ministry spokesman Geng Shuang delivered the remarks at a media briefing one day after Trudeau urged Washington to delay finalizing a trade deal with China until the detained Canadians have been released.

"If you pull chestnuts out of the fire for others, you will end up being the one getting burned," Geng said. He wouldn't clarify whether the comment was a direct threat aimed at Canada.

The U.S. and China agreed on the first phase of a trade deal on Dec. 13 which includes a reduction in U.S. tariffs on Chinese goods.

Geng was critical of Canada's move, warning that it was tantamount to "ganging up on China by forming cliques."

'Nothing to add': PMO

When asked whether the U.S. had made any appeals for Kovrig and Spavor's release, Geng evaded the question.

"We have said many times before, reaching Phase One serves the interests of China, U.S. and the world," he said.

The Prime Minister's Office said in a statement Friday that it had "nothing to add" regarding whether Trudeau had received any kind of commitment from the Trump administration.

"You will recall that the U.S., along with other allies, raised the cases of our detainees both publicly and privately," the statement says.

Foreign Affairs Minister François-Philippe Champagne said that Canada takes instruction from no other country when it comes to foreign policy.

"The only one who [is] going to dictate the foreign policy of Canada is the Government of Canada," he said in an interview with CBC Radio's The House, airing Saturday.

'I hope that Mr. Trump would think twice': Guy Saint-Jacques

According to former Canadian ambassador to China Guy Saint-Jacques, it would be in the Trump administration's best interest to intervene on Canada's behalf.

"I think they would run the risk of being alone themselves, because countries would say, 'Why would we help you after what we have seen what you did to the Canadians?'" Saint-Jacques said. "I hope that Mr. Trump would think twice."

The former ambassador said Trudeau's request of the U.S. government is in line with Canada's actions since relations with China began to fray late last year.

"The campaign that Canada has followed since the start of this crisis to seek support from allies ... has had success," he said.

As for China's comments, Saint-Jacques said that they "reflect the new Chinese diplomatic style, which is more in your face than trying to save face. It shows that the relationship is not very good."

Earlier this month, China transferred Spavor and Kovrig's cases to prosecutorial authorities for investigation and prosecution. The two will now go to trial on charges connected to national security. 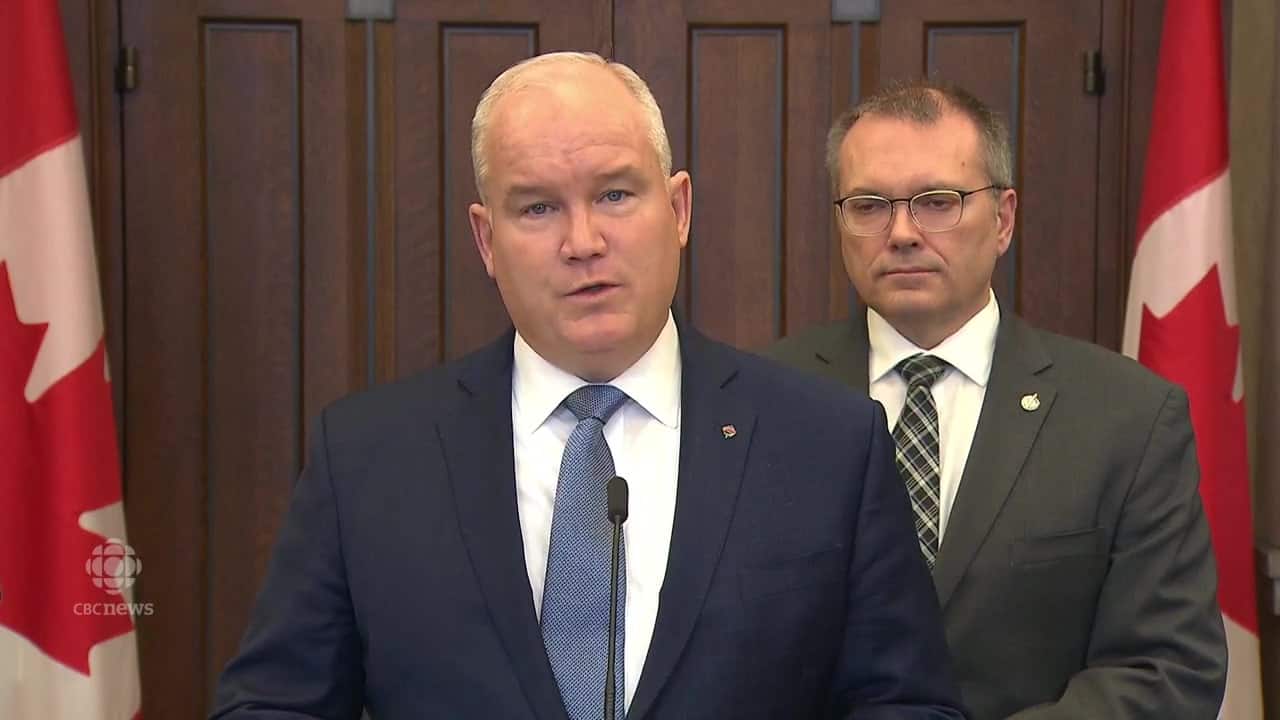 1 year ago
0:37
Conservative foreign affairs critic Erin O'Toole has tabled a motion to strike a special committee calling it an "all party approach" to conduct hearings to review the Canada-China relationship. 0:37

Kovrig and Spavor have been detained for more than a year. They were taken by Chinese authorities days after Huawei executive Meng Wanzhou was arrested in Canada at the request of the U.S.

The federal government said the men only have limited access to consular assistance and have not had contact with lawyers or family members.

With files from the CBC's Philip Ling, Catherine Cullen and Kathleen Harris