Prime Minister Justin Trudeau kicked off his visit to the UN today by telling delegates at the Mandela Peace Summit that Canada will continue to stand up for the rule of law, democracy and human rights at home and abroad.

Prime Minister Justin Trudeau kicked off his visit to the UN today by telling delegates at the Mandela Peace Summit that Canada will continue to stand up for the rule of law, democracy and human rights at home and abroad.

"As we pay tribute to the legacy of Nelson Mandela, Canada reaffirms its resolve to push forward the work he began," Trudeau said. "Canada will continue to call out the unfair treatment of racial and ethnic minorities, of women and girls, of Indigenous peoples."

The summit is being held one day before the start of 73rd session of the General Assembly to mark the centenary of the former South African president's birth.

"We will continue to speak up for the refugees of Rohingya, for the Yazidis of Northern Iraq, for the people of Venezuela," Trudeau went on to say.

"Canada will always stand tall for democracy, the rule of law and human rights at home and abroad. Peace is the work of many generations. (Mandela) took up the cause of peace and it is now up to us to keep carrying the torch forward. The flames of his ideals must live on in each and every one of us."

Trudeau noted that prime ministers Brian Mulroney and Joe Clark helped to organize the global pressure campaign that played a part in ending apartheid, forging strong ties with Mandela in the process.

Trudeau is in New York to participate in a number of UN events Monday, including a series of meetings on financing sustainable development, discussions on girls' education and a meeting with Prime Minister of Barbados Mia Mottley. 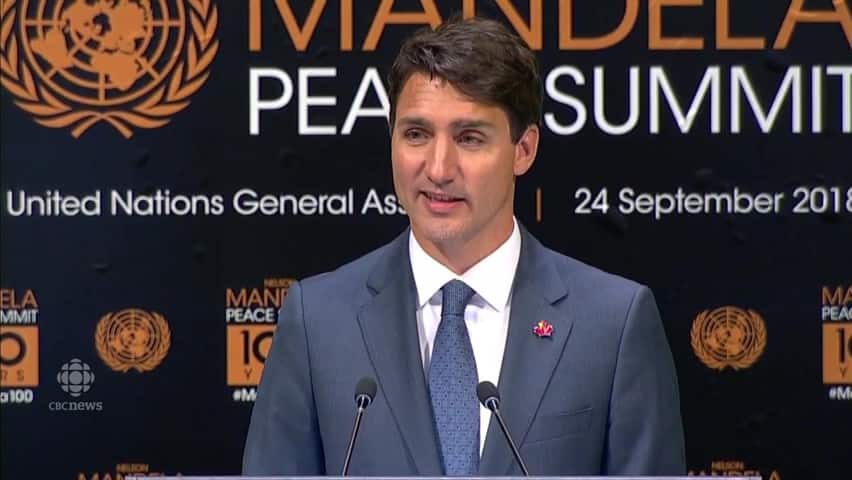 Trudeau marks the legacy of Mandela

2 years ago
2:34
Prime Minister Trudeau is in New York for the UN General Assembly, and spoke to delegates at the Nelson Mandela Peace Summit, which is marking the centenary of the South African leader's birth. 2:34

Trudeau is also hoping to reverse a recent trend of being locked out of one of the temporary seats on the UN Security Council.

With nearly two years to go until the 2021 UN Security Council election vote, there are three candidates: Ireland, Norway and Canada.

Until 2000, Canada had secured a seat on the Security Council in each decade of the UN's existence, never losing a bid, but that changed when Stephen Harper's government attempted the feat in 2010. 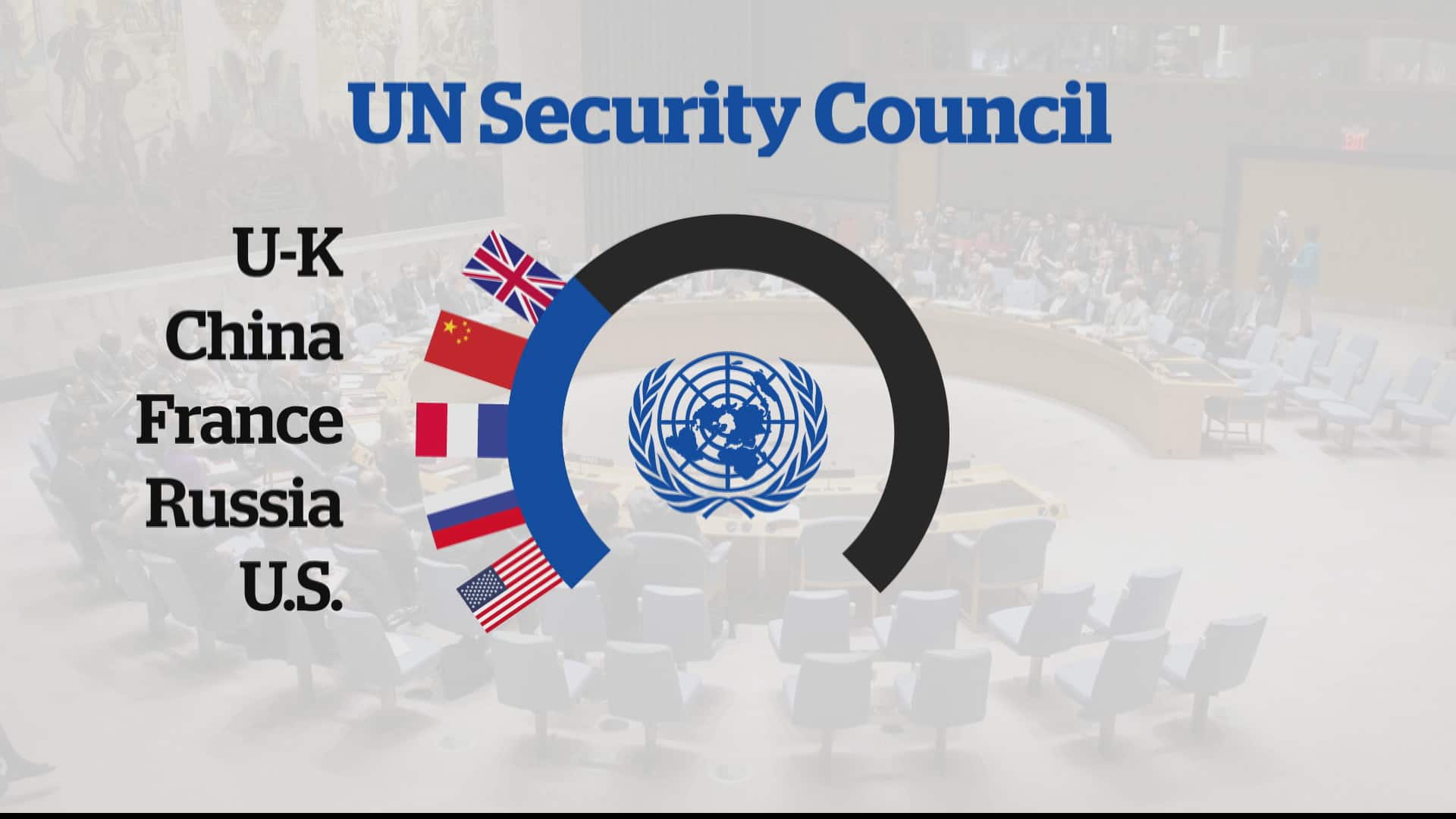 A pattern of voting

Then, as now, Canada and two European countries (Germany and Portugal) were competing for two spots.

Germany won the necessary two-thirds majority in the first round. During the second round, Portugal was so far ahead of Canada that the Harper government instructed its diplomats to withdraw to avoid a humiliating loss.

The votes Canada cast in support of Israel — sometimes as part of a minority made up of the U.S., Canada, the Jewish state itself and a few tiny Polynesian and Melanesian islands that generally allow the U.S. to dictate their UN votes — alienated a larger bloc of nations.

The Trudeau government has continued that voting pattern.

Later in the day, Trudeau announced that Canada would be contributing $20 million to the Global Infrastructure Hub — a move that would establish Toronto as the centre of the organization's North American operations.

The hub was created by the G20 in 2014 to support public and private investment in infrastructure in both the developing and industrialized world.

With a head office based in Sydney, Australia, the hub will use $5 million of the funding to establish a global centre for infrastructure excellence that will be tasked with making sure investments deliver "sustainable infrastructure that benefits everyone."

"Our investment will open up new ways to share Canadian expertise, connect large investors to opportunities at home and abroad, and help the GI Hub continue to develop the resilient, sustainable infrastructure that communities need worldwide," Trudeau said in a statement.

It later emerged that Trudeau would not hold a bilateral meeting with U.S. President Donald Trump, despite a number of other world leaders getting such a meeting.

John Bolton, the U.S. ambassador to the UN, later explained that Trump had many requests for meetings and could not accommodate them all.

"It's always possible here in New York that they would have time for a pull-aside, as we call it. But there is full and open, complete communication between Prime Minister Trudeau and President Trump. That I can assure you," Bolton said.

With files from the CBC's Evan Dyer