Prime Minister Justin Trudeau said today his government is bracing for potential "disruptions" if the U.S. election results are not clear.

Prime minister says government is preparing for 'all outcomes' after Nov. 3 election

Prime Minister Justin Trudeau said today his government is bracing for potential "disruptions" if the U.S. election results are not clear.

During an event to announce funding for electric vehicle production today, Trudeau said he watched only "clips" from the televised presidential and vice-presidential debates.

He said his focus is squarely on keeping Canadians safe during the pandemic — but added that his government is also tracking political developments south of the border and their potential impact on Canada.

"I think we're certainly all hoping for a smooth transition or a clear result from the election, like many people are around the world," Trudeau said.

"If it is less clear, there may be some disruptions and we need to be ready for any outcomes, and I think that's what Canadians would expect of their government, and we're certainly reflecting on that."

U.S. President Donald Trump has questioned the integrity of the Nov. 3 election and mail-in ballots. He has refused to commit to a peaceful transition if he loses.

Trudeau refrained from commenting directly on how the presidential campaign is unfolding.

'Ready for all outcomes': Trudeau

"Of course, what happens in the United States is going to be impacting Canada after the election, but our job is to be ready for all outcomes and, as you know, as a matter of course I don't comment or weigh in on American political processes," he said.

Trudeau did not specify the steps the government is taking to be ready for those "outcomes."

A senior Liberal, speaking on condition of anonymity, told CBC News the government's preparations are focused on the policy implications of either Trump or Biden winning, and on the possibility that — given the changes in voting procedures driven by the pandemic — the winner of the election might not be immediately clear. 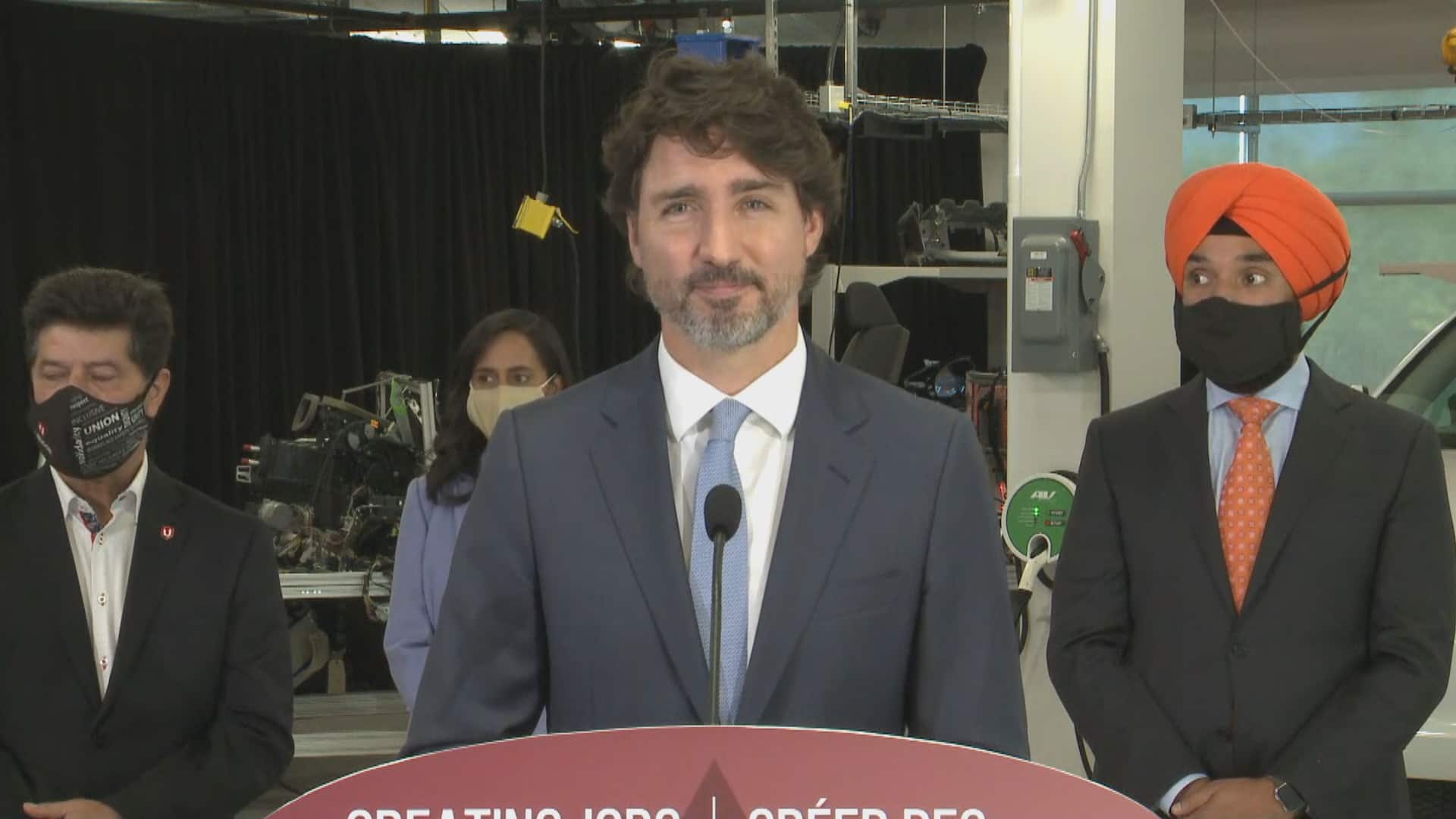 Trudeau talks about possible outcomes of the U.S. election

Last week, Trudeau urged politicians of all stripes to unite behind the fight against COVID-19 after U.S. President Donald Trump tested positive following months of downplaying the pandemic.

Trudeau said the pandemic has become a political lightning rod in the U.S.

"Obviously, there is an election going on in the U.S. where the stances or approaches on COVID-19 have been a polarized, political issue," he said.

"In Canada, we've been extremely lucky that it has not. There has been a concerted effort across orders of government, across political parties, to work together to be there for Canadians and to get this virus under control. We're certainly going to continue with that in Canada and we recommend it as a path for people all around the world."

Wednesday evening's vice-presidential debate focused largely on the Trump administration's response to the global pandemic — with U.S. Vice-President Mike Pence defending actions that he claimed saved thousands of lives, while Democratic challenger Sen. Kamala Harris condemned Washington's pandemic response as "the greatest failure of any presidential administration in the history of our country."

Trudeau, who was holding a joint event with Ontario Premier Doug Ford today, said the pandemic has drawn the two former political adversaries together to help Canadians get through the health and economic crisis.

"Governments across the country, of whatever political stripe, all want the same thing — to keep people safe, to bring our economy back as quickly as possible and support these communities into the future," the prime minister said.

"On that, Premier Ford and I and all others find great common ground."

With files from Aaron Wherry