Canada's main airlines have agreed to cancel service to the Caribbean and Mexico and the federal government is introducing new mandatory quarantine rules as it tries to discourage international travel.

Measures come as concerns about new variants of the coronavirus mount

26 days agoVideo
2:33
Ottawa isn't banning non-essential travel; it's making it as inconvenient and expensive as possible. Now, in addition to existing requirements, returning travellers will need to quarantine in a hotel for three days at their own expense, at a likely cost of at least $2,000. 2:33

Canada's main airlines have agreed to cancel service to the Caribbean and Mexico and the federal government is introducing new mandatory quarantine rules as it tries to discourage international travel.

This morning, Prime Minister Justin Trudeau announced Air Canada, WestJet, Sunwing and Air Transat have agreed to suspend service to some sun destinations starting this Sunday until April 30, and will be making arrangements with their customers who are in these regions now to organize flights home.

"With the challenges we currently face with COVID-19, both here at home and abroad, we all agree that now is just not the time to be flying," said Trudeau outside his home at Rideau Cottage.

Starting at 11:59 p.m. ET on Feb. 3, all international passenger, private and charter flights, including from the U.S., will land at the Vancouver, Toronto, Calgary and Montreal airports. Cargo-only flights will remain exempt.

The prime minister said the government will soon be introducing mandatory PCR testing at the airport for people returning to Canada "as soon as possible in the coming weeks." That's on top of the pre-boarding test already required.

Travellers will then have to wait up to three days at a government-approved hotel for their test results, at their own expense, which Trudeau said is expected to be more than $2,000.

Transport Canada said there will be "very limited exceptions."

Those with a negative test will then be able to finish their 14-day quarantine at home, with increased surveillance. Chief Public Health Officer Dr. Theresa Tam added that returnees will also be swabbed on day 10.

She also said travellers who have been vaccinated abroad will still be subject to the quarantine rules, but added that's under discussion.

"We know that just one case of the variant that comes in could cause significant challenges and that's why we need to take extra measures," Trudeau said.

"Yes, it is extremely low, the percentage of cases that are traced back to international travel, but it's not zero."

He also said that, in the coming weeks, Canada will begin requiring non-essential travellers to show a negative test before entry at the land border with the U.S.

Ed Sims, president and CEO of WestJet, said the federal government asked the airlines to temporarily shutter some of their flights.

"The government asked, and we agreed," said Sims.

"While we know that air travel is responsible for less than two per cent of cases since the start of the crisis, and even less today, we recognize the Government of Canada's ask is a precautionary measure."

Air Canada issued a statement saying the decision won't have much impact on their cash burn, given already reduced levels of travel.

"Air Canada believes a collaborative approach with the Government of Canada involving all air carriers is the best means to respond to the COVID-19 pandemic, especially given concerns around the variants of COVID- 19 and travel during the Spring Break period," said company president Calin Rovinescu. Customers with booked flights to any of the 15 impacted destinations will be offered full refunds, he added.

When asked why other vacation destinations, including Florida, aren't part of the suspensions, Transport Minister Omar Alghabra said the government looked at the most popular locations.

"There is a voluntary agreement and understanding with the airlines that it's best to suspend their airlines. Now for people who are travelling to the U.S., they will be subjected to the same requirements that we subject all arrivals to," he said. 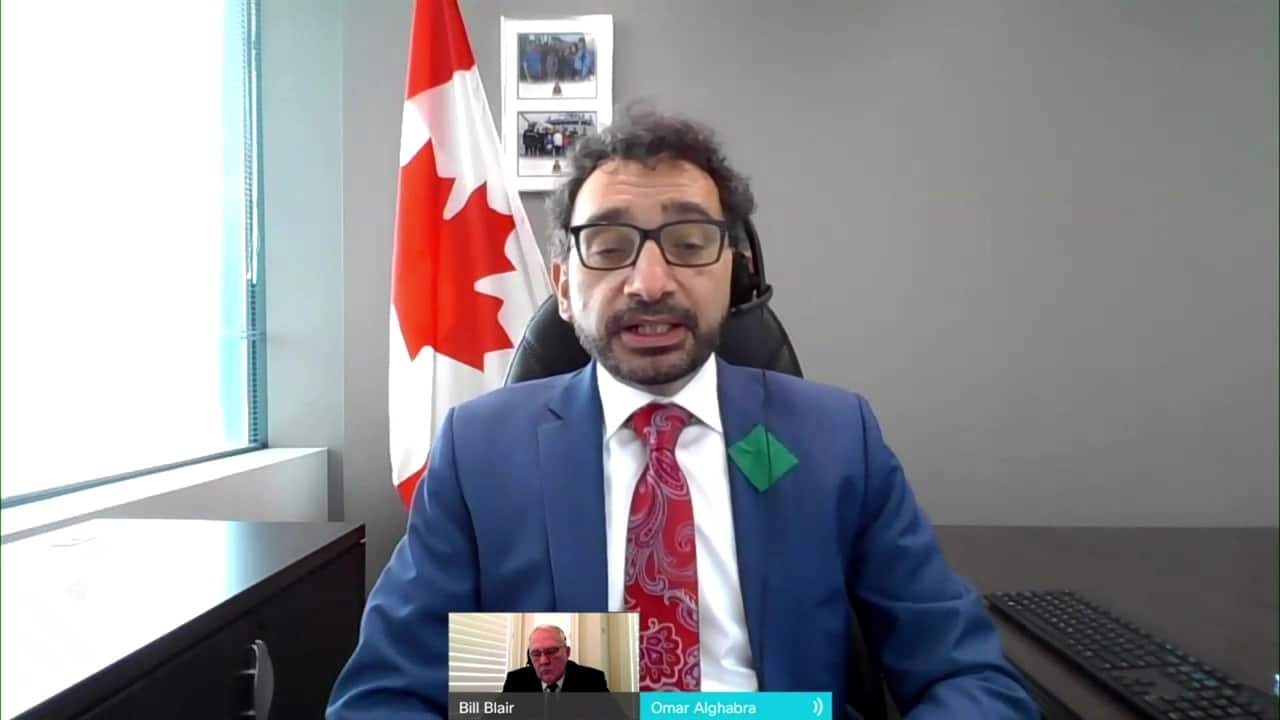 26 days agoVideo
2:26
ransport Minister Omar Alghabra explains why travel service for Canadians to sun destinations such as the Caribbean and Mexico will stop, but airlines will continue to fly to other parts of the world, including Europe. 2:26

Canada's move is not without precedent. Australia has been requiring most travellers to quarantine at a government-arranged hotel for 14 days for $2,800 AUD per adult and $4,620 AUD for a family of four.

The U.K. introduced similar measures on Thursday and now requires citizens arriving from dozens of high-risk countries to quarantine in hotels for 10 days at their own expense.

Conservative Leader Erin O'Toole said his party was the first to ask to secure the border at the start of the pandemic and the Liberals were slow to act.

"Lockdowns and restrictions were put in place to buy governments time to get permanent solutions like vaccines, rapid testing, variant testing capacity, and therapeutics – these tools now exist," he said in a statement.

"The problem is, Justin Trudeau hasn't succeeded in bringing them to widespread use in Canada. We need to be using these tools to reduce quarantine times, like our allies around the world are doing."

Canada has had a ban on non-essential travel into the country by anyone who isn't a citizen or permanent resident since March, but banning the flow of Canadians in and out of the country is a thornier task.

People who return from abroad for non-essential reasons must quarantine for two weeks, or risk hefty financial penalties or jail time — a measure that's also been in place since March.

As of earlier this month, most travellers must also show proof of a negative COVID-19 test before arriving in Canada.

With files from David Cochrane and Chris Hall