The Liberals' stance on the former Conservative government's anti-terrorism bill amounted to pretzel logic, standing for both beefed up national security and for charter rights. The Liberals supported C-51 with a promise to change it, but have they delivered? 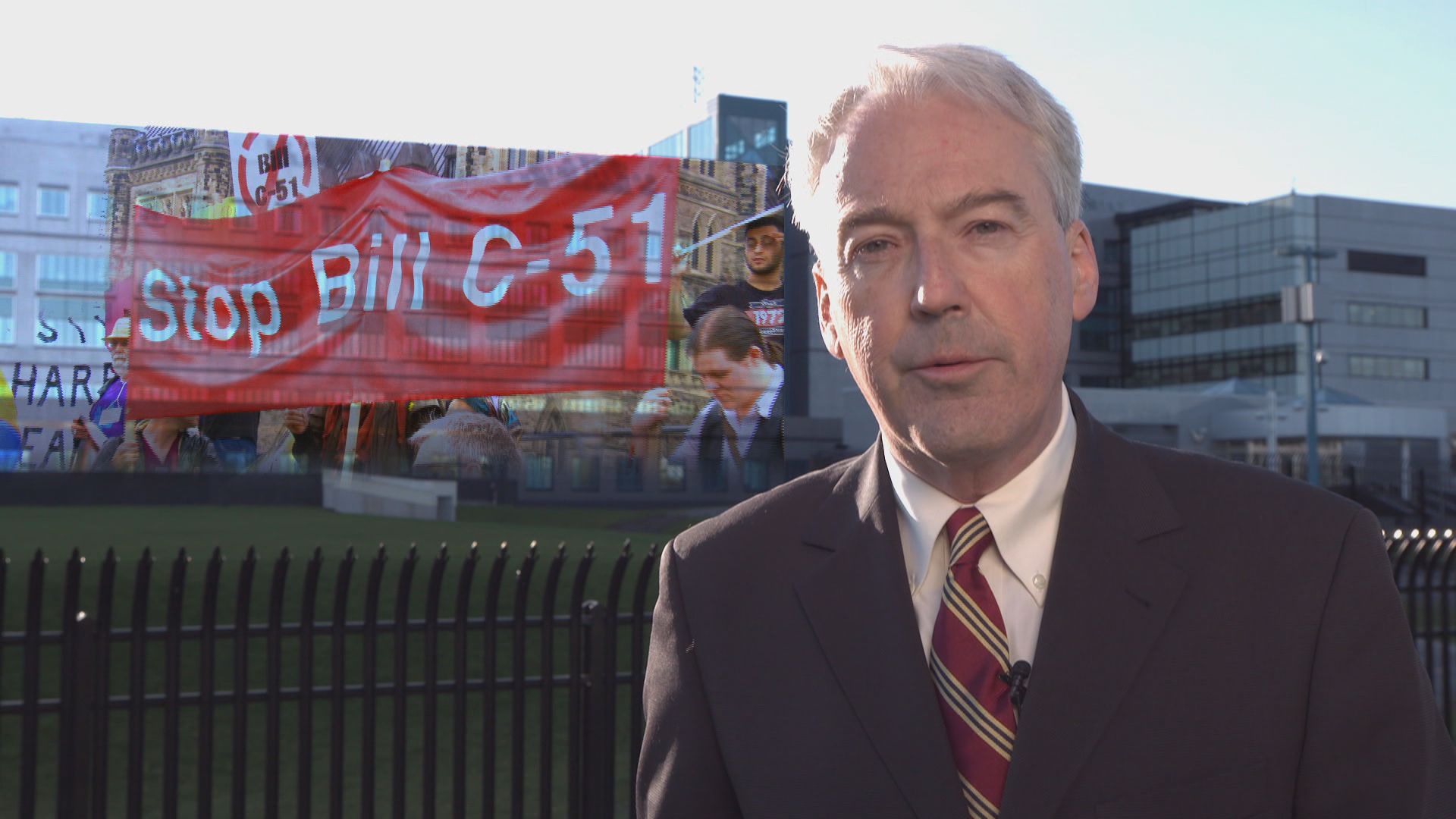 6 years ago
Duration 2:11
During the election campaign, the Liberals promised to make changes to a controversial anti-terror law. Where does that promise stand now?

This is the ninth segment of a regular series on The National tracking the Liberal government's performance on its campaign promises.

At the time, it seemed like the riskiest of gambles. Justin Trudeau decided in early 2015 that his Liberals would support the Conservative government's controversial anti-terrorism legislation known as Bill C-51, while vowing, at the same time, to amend it.

Canadians were still coming to grips with separate attacks the previous October that left two Canadians Forces members dead, and with the images of a firefight inside Parliament's Centre Block, when a gunman stormed the building.

National security, suddenly, became a central concern. No country was immune from extremist violence, not even multicultural, law-abiding, diversity-respecting Canada.

Out of those two isolated events, the Conservatives moved to give this country's intelligence agencies sweeping new powers.

Bill C-51, now known as the Anti-terrorism Act, allows Canada's spy agency, CSIS, to disrupt real and perceived terrorist threats. It allows intelligence agencies to share Canadians' personal information more widely. Authorities can detain someone for up to seven days if it's believed a terrorist event may occur.

And the exercise of these new powers can take place without meaningful  parliamentary oversight.

The bill spawned public protests across the country as well as condemnation from privacy experts and others who saw the new powers as an infringement of guarantees in the Charter of Rights and Freedoms.

Even so, the bill became law last June without any of the amendments demanded by the Liberals, giving Stephen Harper a key piece of his campaign narrative last fall that only a re-elected Conservative government could keep Canadians safe.

On the other side, the NDP voted against the bill, and as the 2015 campaign began that clear pledge to scrap the law helped push Tom Mulcair into an early lead.

For the Liberals, their stance on C-51 amounted to pretzel logic. A party that stands for both national security and for charter rights. A party determined to appeal to progressives, while arguing that Liberals can be trusted to protect Canadians because they'd brought in the first anti-terrorism measures after the 9/11 attacks in the United States.

"We need to make sure we are doing both those things, together."

And that's what the Liberal platform set out.

"We will repeal the problematic elements of Bill C-51, and introduce new legislation that better balances our collective security with our rights and freedoms."

Among the "problematic elements" the now Liberal government says it will address in new legislation:

But if those commitments seem clear enough, the timetable is not.

"We recognize that it's an urgent matter," he told reporters then. "Canadians are expecting to see those proposals quickly but the principle is clear… that balance between making sure Canadians are safe and making sure their civil rights and the values of Canadians are properly protected."

Since then, the government has appointed Liberal MP David McGuinty to study how other countries, such as the United States and Britain, oversee the activities of their intelligence agencies and to make recommendations for a Canadian system.

Goodale told CBC Radio's The House on Saturday the legislation to create that parliamentary committee is being drafted now and will be introduced before the Commons rises in June for the summer break.

But changes to C-51 are still months away, at least. Goodale said the government intends to consult Canadians through the summer before proposing amendments.

"We will have a series of very specific amendments to what we believe is wrong in C-51 … but we want to hear from Canadians about what else they think needs to be added to that list," Goodale said.

"Canadians will get the say on C-51 that they did not have when the bill was first presented in 2015."

In the meantime, CSIS director Michel Coulombe told a Senate committee two months ago that the spy agency has used the new powers granted under C-51 about two dozen times. And he told senators he expected they would use those powers again.

But for what, and how many times, he wouldn't say. Protecting national security  remains, for now, beyond the scope of parliamentary oversight.