In December 2019, fighting climate change feels like the overarching cause in Canadian federal politics — the thing that everything else must work toward. It's not just a moral imperative, but a political one as well.

Last time, climate change was just one item in a crowded throne speech. Now, it's centre-stage.

Talk is cheap and everything is easier said than done — but a throne speech, by its very nature, can only be measured by its words. And the two most prominent words in the official remarks that opened the 43rd Parliament were "climate" and "change."

"Canada's children and grandchildren will judge this generation by its action — or inaction — on the defining challenge of the time: climate change," Gov. Gen. Julie Payette said, delivering the most striking sentence of Thursday's 3,300-word speech.

The word "climate" appears 11 times in the speech. It first appears in the first section of the speech — the part that is, by tradition, set aside for the Queen's representative to offer a few opening thoughts.

By the measure of its words, this throne speech serves as a sort of benchmark of how much has changed in just six years.

In 2013, in the waning days of Stephen Harper's government, Julie Payette's immediate predecessor, David Johnston, delivered a speech from the throne that ran on for more than 7,000 words. It was the longest throne speech of the last 30 years — and not once did it mention the word "climate."

There was a glancing reference in the speech to reducing greenhouse gas emissions, but only at the 4,600-word mark — after long sections on balancing the federal budget, reducing the size of government, creating jobs, expanding trade, developing natural resources, supporting farmers, building infrastructure, cutting taxes, supporting small businesses and "defending Canadian consumers."

Two years and an election later, the need for a "clean environment" merited its own section in the Trudeau government's 1,700-word opening statement. But "the environment" still only ran third among the government's broad areas of concern, behind "growth for the middle class" and "open and transparent government."

"First and foremost, the government believes that all Canadians should have a real and fair chance to succeed," Johnston declared on behalf of Trudeau in 2015. "Central to that success is a strong and growing middle class."

The "middle class" — shorthand for economic security and broadly shared prosperity — was the spine of the Trudeau agenda, a strong foundation that could support priorities like reconciliation, gender equality, diversity, political reform and combating climate change.

On Thursday, climate change was front and centre.

In December 2019, fighting climate change feels like the overarching cause in Canadian federal politics, the thing that everything else must work toward. It's not just a moral imperative — it's a political one as well.

As the fall's federal election demonstrated, climate change now defines the gulf between the political left in Canada (who are very eager to do something to reduce this country's emissions) and the right (who are not).

But the Liberals do not have the left to themselves.

More than 60 per cent of voters in October cast a ballot for a candidate whose party supported a price on carbon, but those votes were split between the Liberals, the Bloc Québécois, the NDP and the Greens. In the short and medium terms, if the Liberals are to advance an agenda through this Parliament, they'll do it, more often than not, with the cooperation of the Bloc or NDP. 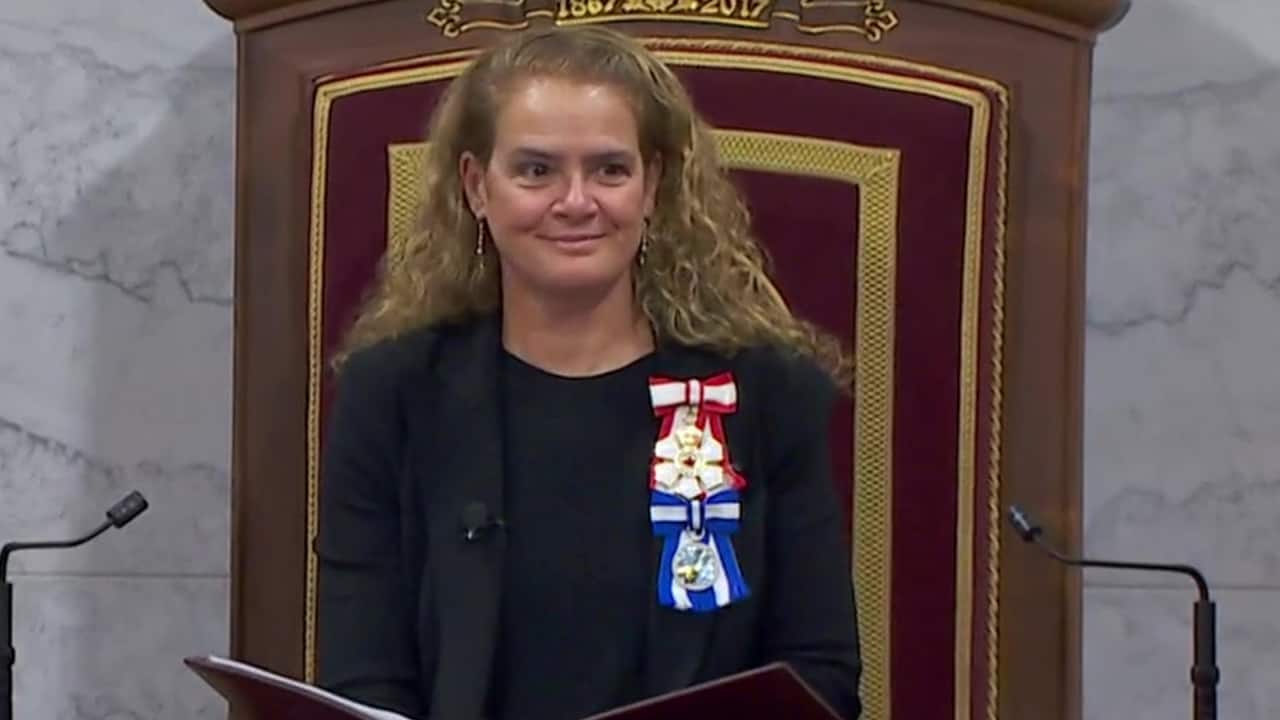 In the long term, if the Liberals regain their majority, they're most likely to do it primarily at the expense of those two parties.

So the Liberals have every reason to push an agenda focused on climate action. But they can't afford to do so carelessly.

"The government has heard Canadians' concerns that the world is increasingly uncertain and that the economy is changing. And in this context, regional needs and differences really matter," Payette said, reading the speech's delicately worded nod to the Prairies and the voters who regard this prime minister with antipathy. "Today's regional economic concerns are both justified and important."

Then, at the very end of the section on climate change, came a slightly more pointed declaration.

"And while the Government takes strong action to fight climate change, it will also work just as hard to get Canadian resources to new markets," Payette said, "and offer unwavering support to the hardworking women and men in Canada's natural resources sectors, many of whom have faced tough times recently."

Unspoken in those sentences (but implied by them) are some heavy words: national unity, pipelines, fossil fuels and transition. Those are big and difficult things. 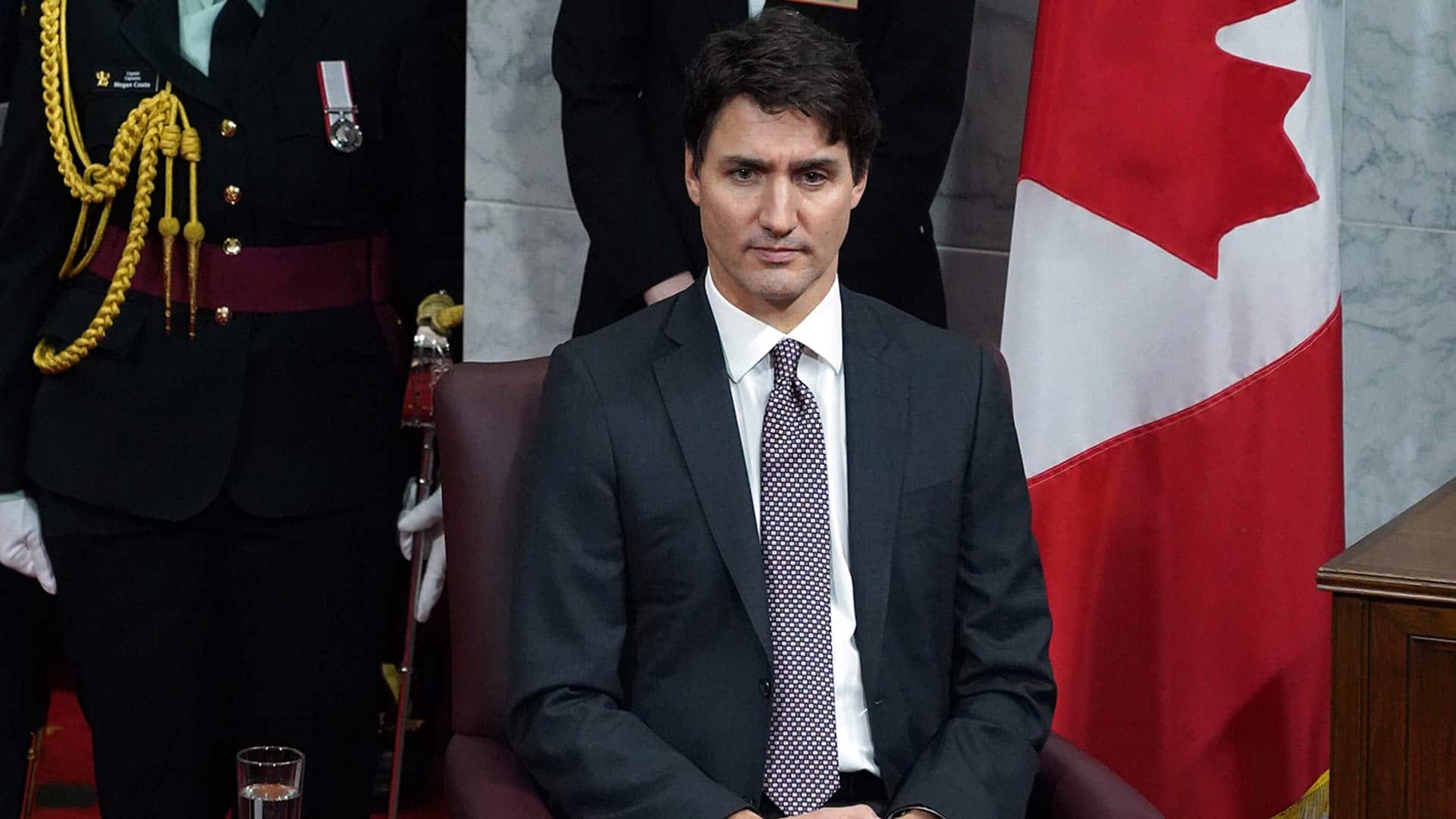 What does Trudeau’s throne speech signal? | At Issue

1 year agoVideo
12:01
The At Issue panel looks at the policies outlined in Thursday’s throne speech, what message it sends and how opposition parties are reacting. 12:01

Beyond that, of course, there's only everything else a government might want to do (or be compelled to do), from pharmacare to lowering cellphone bills.

A throne speech is neither the time nor the place to explain in deep detail how one might go about doing all that. And by next week, Parliament will have moved on to the business of actually doing things.

But Her Majesty's government and all members of the 43rd Parliament can't say they weren't warned about how their efforts will be one day judged.