Prime Minister Justin Trudeau made sure to weave in a mention of Canada's steel and aluminum industries along with the usual Canada Day pleasantries during his annual statement to Canadians.

Apparently there's no such thing as a ceasefire in a trade war, even on Canada Day.

Prime Minister Justin Trudeau made sure to weave in a mention of Canada's steel and aluminum industries along with the usual Canada Day pleasantries during his annual statement to Canadians.

Beyond marking our country's 151st birthday, Sunday is the day that Canada's $16.6 billion worth of retaliatory tariffs on U.S. products came into effect.

A number of U.S. steel products now face a tariff of 25 per cent, while a vast array of aluminum products will now cost Canadian importers 10 per cent more.

Canada's measures come a month after the Trump administration imposed its own tariffs on Canadian steel and aluminum, citing national security concerns.

Trudeau gave a nod to Canadian workers in his statement.

"Canada's workers build the roads and bridges that get us to work on time and back home again. They put food on the table for families from coast to coast to coast. Some are young people starting their career, or newcomers bringing fresh talent to the workforce," he wrote.

"From Ontario steel to Quebec aluminum, from agriculture and the energy sector in the Prairies and the North, to forestry in British Columbia and fisheries in the Atlantic, Canadians get the job done — and build our communities along the way."

The symbolism didn't stop with the list; it seemed to be built into Trudeau's scheduling.

He skipped the Canada Day festivities on Parliament Hill this year and instead started with a stop at Highbury Canco in Leamington, Ont., a plant that makes tomato paste and other food products. Highbury Canco took over the plant from Heinz when it pulled its ketchup operation out of Canada in 2014. 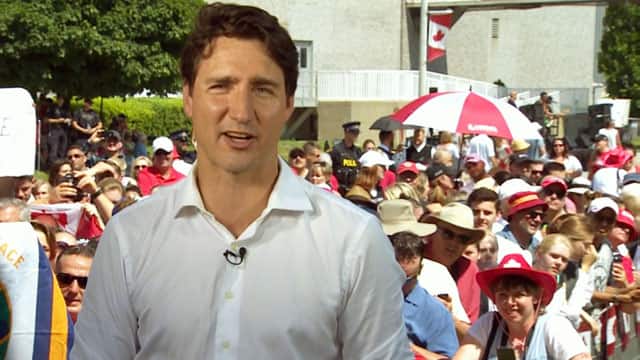 3 years agoVideo
3:35
Prime Minister Justin Trudeau speaks with CBC's Rosemary Barton from Leamington, Ont., as Canada's $16.6 billion in retaliatory tariffs on U.S. products come into effect 3:35
"The message is what we celebrate every Canada Day, which is we're here for each other. Canadians lean on each other and we stand up for each other," he told CBC's The National host Rosemary Barton.

He later headed to Regina to meet with steel workers and was to end the day in Dawson City, Yukon.

Trump has has been critical of Trudeau throughout this dispute, calling him "weak" and "dishonest." But he offered more friendly language in a note to Gov. Gen. Julie Payette to mark Canada's celebration.

"Your partnership on the global stage, and your condemnation of autocratic regimes, send a strong signal in support of human rights, prosperity, and security around the world," the embassy note reads.

He struck a different tone during an interview on Fox News Sunday Morning Futures, where he once again railed against Canada's supply management system.

Access to Canada's dairy market has been a sticking point in the North American Free Trade Agreement renegotiation. The U.S. has rich agricultural subsidies, including subsidies for dairy.

Trump suggested he doesn't want to sign a deal until after the U.S. midterm elections in November.

"NAFTA, I could start it tomorrow, but I'm not happy with it. I want to make it more fair," he said.

When asked about completing NAFTA before the midterms, Trump responded, "I want to wait until after the election."

"I'm going to tax their cars coming into America and that's the big one. You know, the cars are the big one. We can talk steel, we can talk everything: The big thing is the cars."

When asked about Trump's comments on Fox, Trudeau said his government will continue to work with the U.S. administration.

"Obviously, it's a significant concern. Again, considering that autos might be a national security threat to the United States is something that doesn't entirely make sense, but we're continuing to work hard on improving and renegotiating NAFTA," he said. 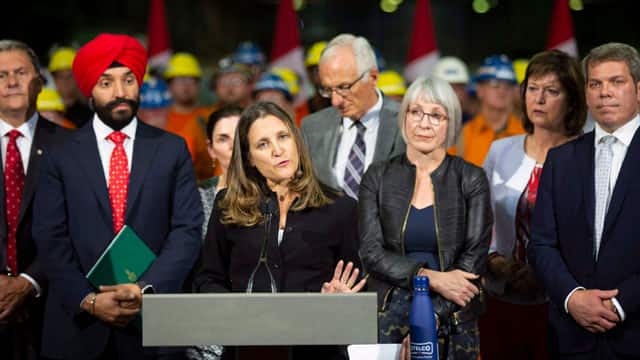