Prime Minister Justin Trudeau said today that provinces could be called upon to share critical pandemic supplies — such as ventilators — with other provinces, but most premiers do not think it's necessary "at this time" to invoke the federal Emergencies Act.

Prime Minister Justin Trudeau said today that provinces could be called upon to share critical pandemic supplies — such as ventilators — with other provinces, but most premiers do not think it's necessary "at this time" to invoke the federal Emergencies Act.

Speaking to reporters outside his residence at Rideau Cottage, Trudeau said invoking the act would give the federal government special powers to coordinate and rearrange logistical supply chains — but most premiers on the call late Monday told the PM they don't think that's needed right now.

"Most of them indicated that if it became necessary, they would of course support it, but they didn't feel it was there yet," he said.

"I impressed on them the need to further coordinate and provide data on things like how many ventilators they have, so that we can make sure that they are going to the areas — maybe not in their province, but next door — that need them the most and ensure a better level of flow of emergency equipment to the places that need it."

Every province and territory has already declared either a state of emergency or a public health emergency.

Today, Trudeau also repeated his warning that all options are on the table to ensure compliance with public health recommendations to slow the spread of COVID-19, which include social distancing, self-isolation (in cases where there has been a risk of exposure) and staying home whenever possible. 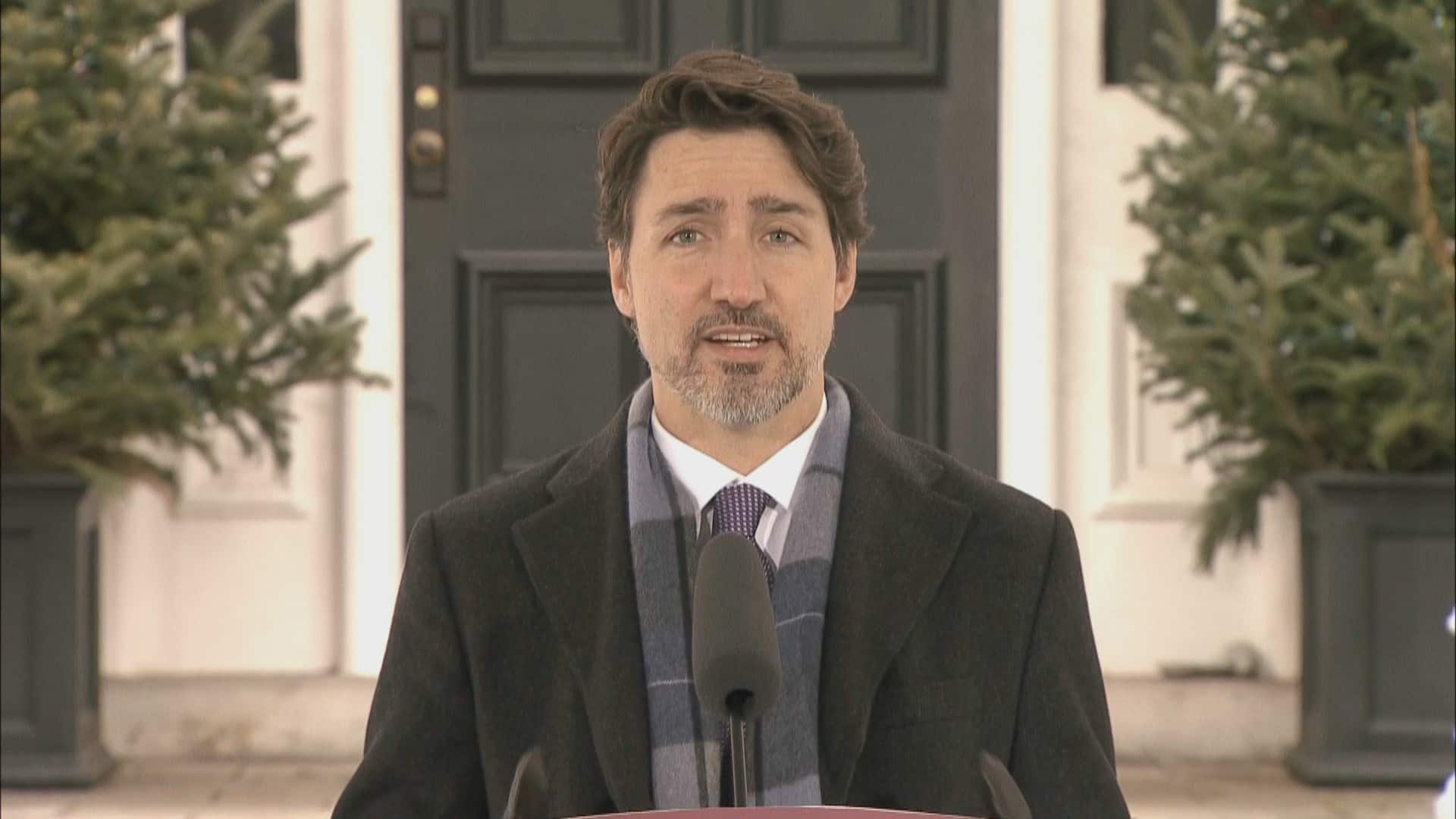 11 months ago
1:31
Prime Minister Justin Trudeau says he and the provincial and territorial leaders spoke about the possibility of invoking the federal Emergencies Act as the COVID-19 pandemic spreads. 1:31

He warned that if people don't follow those guidelines, the government will put "more stringent measures" in place.

"The duration of this crisis will be determined by the choices we make right now, by decisions we take every single day," he said.

"So if you want things to get back to normal, do your part, stay home. And if you've just returned from abroad, go straight home from the airport and do not leave for at least 14 days. This is not a suggestion. You cannot pick up groceries or visit your parents or your friends. You need to go home and stay there."

Some provinces have adopted additional rules, such as a requirement for self-isolation upon arrival from another province.

Trudeau also provided an update today on the government's efforts to assist Canadians stranded abroad due to travel restrictions and border closures.

At least one more flight from Morocco has now been scheduled. The first flight from Peru is set to leave today and the government is working on flights from Panama, Tunisia and Ukraine in addition to flights already announced from Ecuador, El Salvador, Guatemala, Honduras and Spain, he said.

In a briefing with reporters Tuesday, Canada's Chief Public Health Officer Dr. Theresa Tam said the virus has now infected 380,000 people in 195 countries around the world.

In Canada, she said, half of the more than 2,584 cases are now related to community spread, as opposed to travel or close contact with someone who has travelled. About 90 per cent of new infections in the last week were not related to travel.

"That is a very fundamental shift in our epidemiology, so the lab testing protocols will be adjusted based on the experience of the jurisdictions," Tam said. 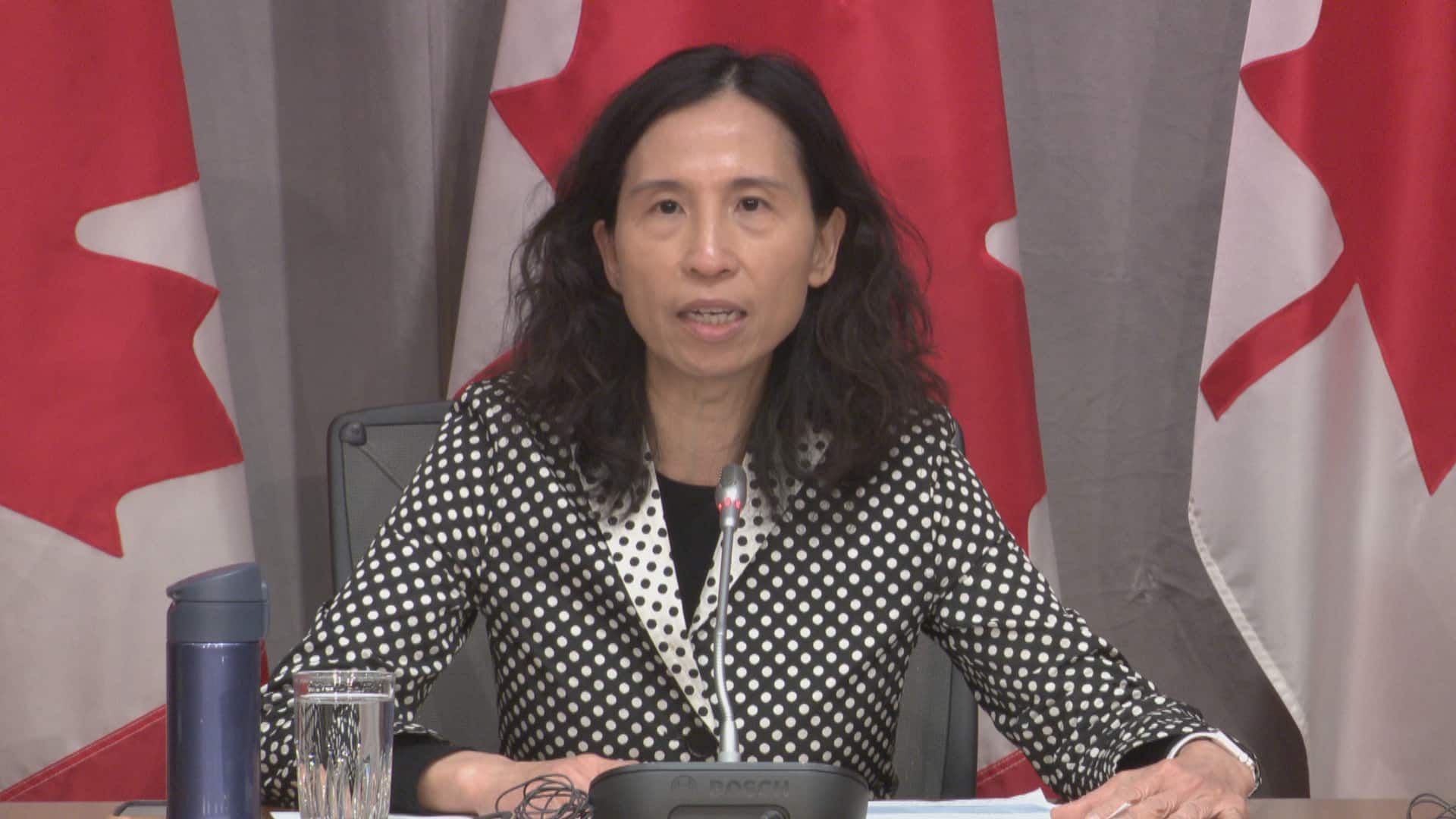 Tam also warned that while it's primarily elderly people and those with chronic health conditions who can expect to experience severe symptoms if they get sick, some who are younger and still healthy are also getting hit hard by the virus.

She also stressed that virus-laden droplets can spread two metres from a cough or a sneeze, and warned that surfaces such as doorknobs, elevator buttons, handrails and counters can be contaminated.

"This is why, for high-risk people, it is safest to stay inside the home as much as possible and if you do need to venture out for fresh air, keep your hands away from your face and practise meticulous handwashing for 20 seconds as soon as you are back home," she said.