Prime Minister Justin Trudeau has nominated Newfoundlander Malcolm Rowe to the Supreme Court of Canada, ending speculation that he would snub Atlantic Canada and ignore the convention of designating a seat on the top court for the region.

1st judge from Newfoundland and Labrador to serve on top court

Prime Minister Justin Trudeau has nominated Newfoundlander Malcolm Rowe to the Supreme Court of Canada, ending speculation that he would snub Atlantic Canada and ignore the convention of designating a seat on the top court for the region.

The appointment is historic in that the province has never had a representative on the Supreme Court since it joined Confederation in 1949.

"I am greatly excited to announce the nomination of Mr. Justice Malcolm Rowe, whose remarkable depth of legal experience in criminal, constitutional, and public law will complement the extensive knowledge of the other Supreme Court justices," the prime minister said in his statement announcing the appointment.

Rowe said Monday he was "very honoured" to be chosen to fill the vacancy, and said he was looking forward to a planned question and answer session at a special meeting with members of the House of Commons Justice and Human Rights Committee on Oct. 25.

The St. John's-born jurist was first appointed to Newfoundland's Supreme Court in 1999, and was elevated to the Court of Appeal of Newfoundland and Labrador in 2001. As an appellate judge, Rowe has dealt mostly with criminal cases, and has written extensively about the complexity of sentencing. He also helped draft the rules in his province around the use of sentencing circles for some Indigenous offenders.

Prior to his judicial appointment, Rowe worked as a senior bureaucrat, and secretary to the cabinet under Liberal Premier Brian Tobin's government. Tobin tapped Rowe to lead his government's efforts to secure a constitutional amendment to replace the province's denominational school system in favour of a secular one.

'Big smiles around the supper tables'

Rowe, born to parents from small fishing communities, was also a key strategist in the "Turbot War," when Canada successfully blocked Spanish and Portuguese fishing vessels from overfishing halibut just outside of the country's 200-mile nautical limit. He also helped in drafting a United Nations convention on high seas fisheries.

"I think there are a lot of big smiles around the supper tables of Newfoundland tonight," Tobin said in an interview. "They were able to reach past the noise about an appointment and to reach out and select somebody of Malcolm Rowe's caliber and character and work ethic and judgment, and perhaps surprise us all a little bit with an appointment that I think is going to be extraordinary."

Andrew Parsons, Newfoundland and Labrador's justice minister, said he was "just so thrilled."

According to a questionnaire he completed to apply for the position, Rowe is bilingual. He said he could read and understand court materials in both official languages, converse with counsel in court and understand oral submissions.

He also presents himself as a follower of the "living tree" constitutional doctrine, a belief that the document's interpretation can change progressively over time — rather than strictly adhere to the text's original meaning.

"Is what Viscount Haldane wrote a century ago how we should determine whether actions of the federal or provincial governments are within or beyond their jurisdiction?," he wrote. "In this regard, judges should have regard to changes in the role of governments relating especially to the economy and technology in dealing with such issues."

Rowe also sees an active role for the top court in actually crafting laws, rather than simply interpreting them.

"The Supreme Court is not, primarily, a court of correction. Rather, the role of the Court is to make definitive statements of the law, which are then applied by trial judges and courts of appeal. Thus, the Supreme Court judges ordinarily make law, rather than simply applying it," he wrote.

His application also reveals a deep love for Newfoundland and Labrador.

"It was my good fortune to be born a Newfoundlander four years after Confederation. I have watched as my province progressed from a poor and isolated new member of the Canadian family to become more prosperous and well integrated, while remaining a unique part of Canada," he wrote.

"I have come to understand through being head of the provincial public service and through my travels throughout the province the serious challenges that people continue to face, none more so than First Nations and Inuit in Labrador." 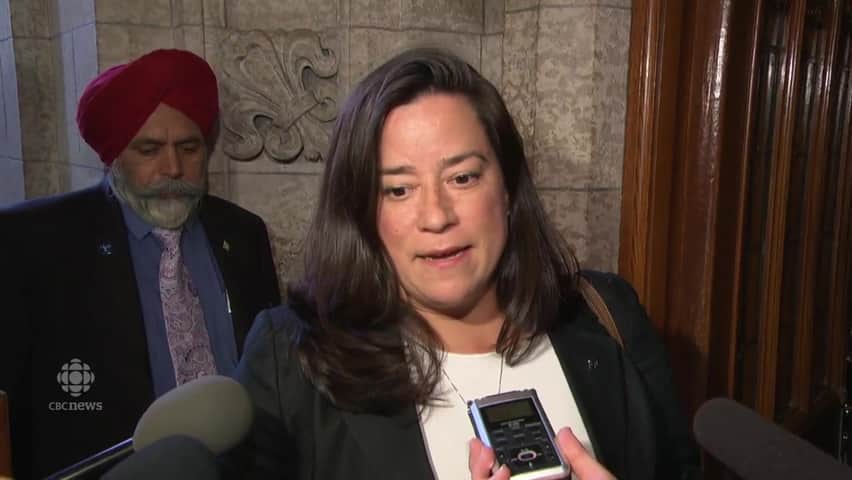 4 years agoVideo
0:58
Justice Minister Jody Wilson-Raybould says it is time that a Supreme Court Justice has been nominated from Newfoundland and Labrador. 0:58

Trudeau announced a new appointment process in August, promising a nationwide search for the next justice. The move worried some Atlantic Canadians who feared they would lose the seat traditionally reserved for their region.

In fact, the court has never gone more than a few months without someone from Atlantic Canada on the bench since its inception in 1875.

The Conservative Party took credit for the prime minister's appointment, saying they put enough pressure on him to secure a nominee from the region.

"We are pleased to see that the Liberals have listened to what Conservatives and Canadians have been saying for months and have reversed their position and decided to appoint Malcolm Rowe from the Newfoundland and Labrador Court of Appeal as the new Supreme Court Justice," Conservative justice critic, and former attorney-general, Rob Nicholson said in a statement.

"It is appropriate that Atlantic Canada has representation on the Supreme Court of Canada, as they have had for the past 141 years by constitutional convention. It is very important for this representation to continue."

Richard Dearden, a senior litigation partner at Gowlings, the law firm Rowe worked at while living in Ottawa in the late 1980s and 1990s, said Trudeau picked the right man for the job.

"Malcolm is extremely bright, always a gentleman and has a witty and wonderful sense of humour. In my opinion, this was a fabulous appointment to the Supreme Court of Canada," he said in an e-mail to CBC News.

Former prime minister Kim Campbell, who was appointed by Trudeau to chair the new committee tasked with finding a new justice, tweeted Monday that she was "smiling" at the thought of jubilant Newfoundlanders celebrating their first Supreme Court justice.

Smiling to think of joy in Newfoundland &amp; Labrador over Justice Malcolm Rowe's appointment to the Supreme Court of Canada! Congratulations!

With files from the CBC's Alison Crawford