Prime Minister Justin Trudeau had a face-time talk with Donald Trump in Paris on Saturday night, and raised the issue of the U.S. steel and aluminum tariffs that still have not been lifted despite the successful conclusion of the NAFTA talks.

Prime Minister Justin Trudeau used some face time with U.S. President Donald Trump in Paris on the weekend to raise the issue of the U.S. steel and aluminum tariffs that still have not been lifted despite the successful conclusion of the NAFTA talks.

French President Emmanuel Macron hosted a private dinner on Saturday night for the world leaders who travelled to France for commemorations for the Nov. 11 centenary of the First World War armistice. Trudeau's office had previously told reporters the pair had a "good interaction" that evening, but didn't elaborate.

"I absolutely brought it up," Trudeau said in response to a question from CBC News at a news conference on Monday morning. "The issue of steel and aluminum tariffs continues to be a concern to Canadians, like it is a concern to many American citizens and companies.

"As I've repeated to President Trump, I hope we're able to resolve in the time before we meet each other in the G20 in Argentina." 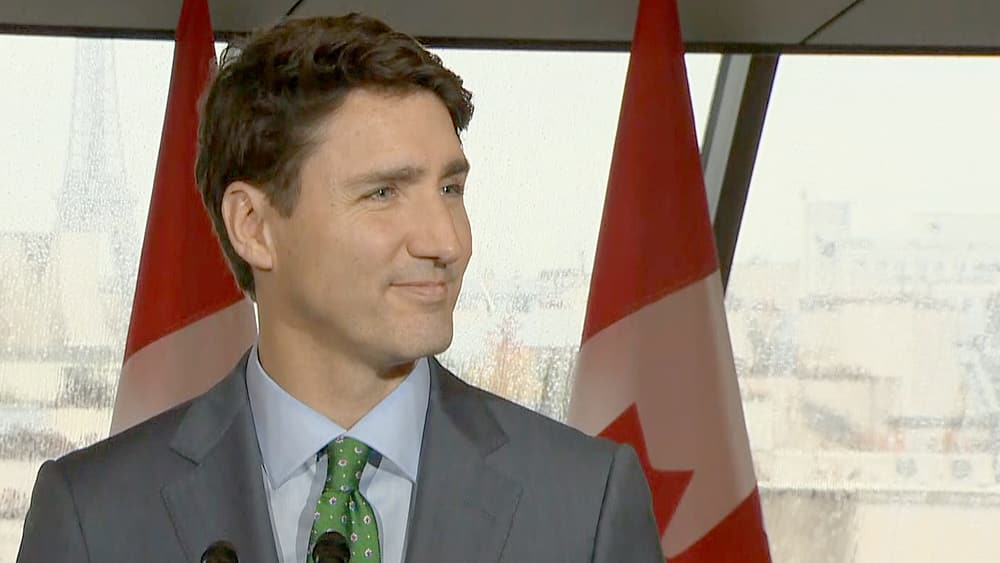 2 years ago
8:15
PM says Canadian intelligence officials have heard recordings purported to be of Khashoggi's killing 8:15

The new United States–Mexico–Canada Agreement (USMCA) was announced on Oct. 1 after more than a year of fraught negotiations. Early last summer, the U.S. stopped exempting Canada and Mexico from its "national security" tariffs on steel and aluminum.

Trump and other officials from his administration have spoken openly about the usefulness of the tariffs as leverage in negotiations.

Trump has also mused about how much revenue that tariffs bring in for his government, despite their crippling effect, not only on steel and aluminum producers, but to secondary manufacturers, for whom their raw materials become more expensive.

Canada imposed retaliatory tariffs on the U.S. as of July 1, adding more pressure to trade in steel and aluminum products between the two countries, which previously enjoyed tariff-free trade in these products under the original North American Free Trade Agreement.

The USMCA is expected to be signed on Nov. 30, the day before a new Mexican administration is sworn in.

That also coincides with the meeting of G20 leaders scheduled for Buenos Aires, leading to speculation that a signing ceremony could be held on the margins of that summit.

But no official details have been announced yet for the signing of the USMCA.

Mexican officials have said they want the tariffs lifted before the signing ceremony takes place.

But Canadian officials have not gone that far. Neither did Trudeau, when asked again Monday whether his government has placed any conditions on Canada's signature.

"Discussions and work is ongoing. And as always, I won't be negotiating in public," the prime minister said.

Reporters asked Trudeau what Trump said when the prime minister raised the issue of steel tariffs.

"The president echoed that he certainly hoped that we were able to keep moving forward on what has been a positive trade relationship," Trudeau said.