Prime Minister Justin Trudeau, Saskatchewan Premier Brad Wall and other political leaders are expressing their shock and sadness after a shooting at a high school and another location in La Loche, Sask. left four people dead, two critically injured and one person in custody. 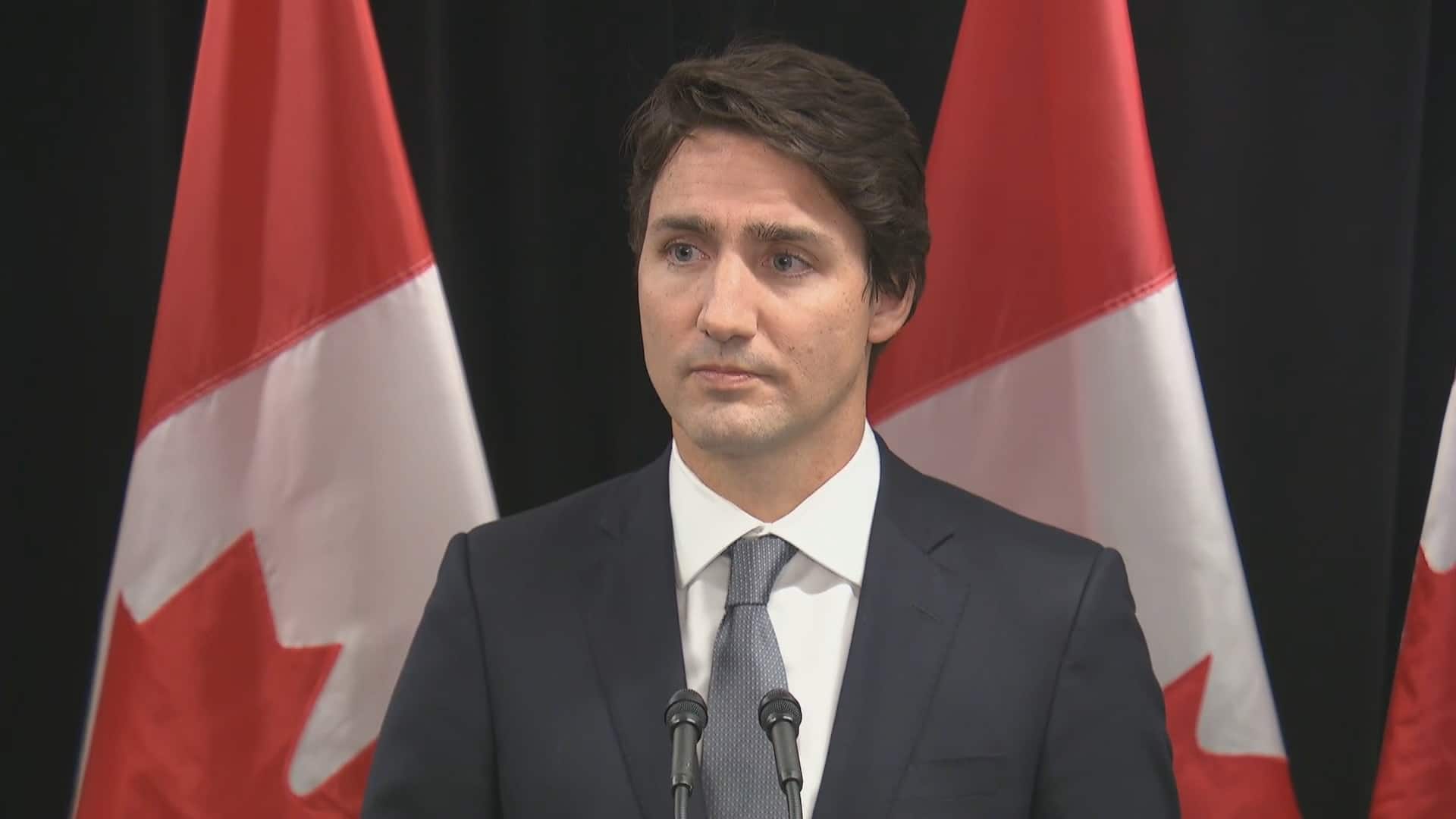 Prime Minister Justin Trudeau addressed reporters in Davos, Switzerland, hours after a shooting at a high school and another location in La Loche, Sask. left four people dead, two critically injured and one person in custody. The RCMP initially reported to the prime minister the number of dead to be five, but later revised that number to four:

"The country's heart is breaking for the people of La Loche, Saskatchewan today. There was a shooting in the community. [Four] people were killed. Two others are in critical condition. The situation is no longer active and the suspected shooter has been taken into custody.

"I was immediately in touch with the minister of public safety, the honourable Ralph Goodale, and the Commissioner of the RCMP, Bob Paulson, and I am being updated regularly.

"I have also spoken to the premier of Saskatchewan, Brad Wall, the local MP, [former mayor] Georgina Jolibois, and the mayor of La Loche, Kevin Janvier, to express both our sympathy and our support. I want to thank the first responders who have acted swiftly and bravely. We all grieve with, and stand with, the community of La Loche and all of Saskatchewan on this terrible, tragic day."

"Obviously this is every parent's worst nightmare. When I spoke with community leaders, they obviously expressed that their community is reeling and all of us across the country, our hearts are going out to the families and the whole community."

"Words cannot express my shock and sorrow at the horrific events today in La Loche. My thoughts and prayers are with all the victims, their families and friends and all the people of the community.

"Thank you to the RCMP and all the emergency personnel who responded quickly to the shootings. Saskatchewan Education and Social Services will be available to provide all necessary crisis support and counselling services to the school and the community."

"Words cannot express the grief and sorrow we feel for the victims of today's shooting in La Loche, Saskatchewan, as well as for their families and loved ones.

"For the people of La Loche, whose community has been shattered by these events, I know that all Canadians offer their support and sympathy. For those who have been injured, we pray for a speedy recovery. And for those who have experienced such a terrible loss, as you grieve, Canadians grieve alongside you.

"On behalf of the Official Opposition and the Conservative Party of Canada, I offer my sincerest condolences."

"I am shocked and saddened by the shooting in the Dene Building at the La Loche Community School in my riding. The shooting hits close to home for me as my family members attend the school.

"The community of La Loche is strong and closely knit. We have faced adversity in the past and we will persevere. My thoughts and prayers are with all students, staff and families affected as we begin on the path of healing as a community."

"I wish to echo the words of my friend and colleague, Georgina Jolibois, the former mayor of La Loche and the current MP of the area, regarding today's tragedy.

"Catherine and I are shocked and heartbroken after hearing the news of a shooting at the La Loche Community School.
We send our love to the families of those who lost their lives, those injured and the entire community that has greatly suffered this terrible loss.

"And I would like to thank Georgina for going above and beyond in supporting her community in the aftermath of this loss of life.

"We may not have the words to describe what happened today but, no matter where we are, we can all feel the devastating pain in La Loche tonight."

"We are shocked and saddened by this incident and the reports of injuries and deaths in La Loche, Saskatchewan. More details will be forthcoming, but our priority right now is allowing the local leadership and authorities to do their work in the interests of the safety and security of all those in the area. Our thoughts and prayers are with all those affected by this situation and we send our deepest condolences to the family and friends of the victims in this tragic incident," he said.

Gov. Gen. David Johnston issued a statement Friday on behalf of himself and his wife, Sharon:

"Sharon and I are deeply saddened to hear of today's tragedy that unfolded in La Loche, Saskatchewan.

"The loss of life is horrific, and our hearts go out to the family and friends of the victims. We know that a community as closely knit as La Loche will pull together during this extremely difficult time, to provide comfort and support to everyone affected."

U.S. Ambassador Bruce A. Heyman also issued a statement on the shootings:

"On behalf of the government and people of the United States, I would like to express my deepest condolences to the families and loved ones of the victims of today's tragic shooting in La Loche, Saskatchewan. I hope for the swift and full recovery of the injured victims."

"We have experienced similar tragedies far too often in the United States and understand all too well the heartache and sadness that result from such a horrific event."

"Our thoughts and prayers remain with the victims and their families, the community of La Loche, the residents of Saskatchewan, and all Canadians during this most difficult time."