Trudeau's senators mark a break from the Senate's reputation

Prime minister nominates 7 new senators, none with deep ties to the Liberal Party

The seven individuals selected by Prime Minister Justin Trudeau for appointment to the Senate —parliamentary astronauts sent off into the great unknown — might be most easily defined by what they are not.

None of the seven are former Liberal cabinet ministers or defeated Liberal candidates. Nowhere on Friday's list was there a high-ranking political adviser to the Liberal prime minister, nor a noted Liberal Party official, organizer or fundraiser.

The prime minister thus cannot be accused of using the Red Chamber as a "dumping ground" for "party hacks" and "bagmen" (to employ some of the unflattering terms that have been used around the discussion of Senate appointments in the past). These are, with one caveat, non-partisan appointments, basically of the sort that the Liberal campaign commitment might have seemed to suggest.

It might thus be understood as an attempt at breaking from one understanding of the Senate's past — whatever that might actually amount to in the future.

In praise of the partisan

There is, of course, something to be said for partisanship, some of it said six weeks ago when Irving Gerstein, the chief fundraiser for the Conservative Party who was appointed to the upper chamber by Stephen Harper in 2009, used the occasion of his farewell address to the Senate to take a stand on behalf of bagmen.

"I am here because I am a bagman!" declared Gerstein, who was also made a member of the Order of Canada for his work as philanthropist. "Colleagues, I came to the Senate as a bagman, and I am going out as a bagman; and I am very proud of that fact. I continue to believe the job of raising funds for the Conservative Party, or for that matter any party, is both necessary and honourable. Political parties require money to operate."

True enough. Let he who has no use for money cast the first stone.

The trouble with partisan appointments

Surely nothing prevents a partisan appointee from being an admirable appointee. Gerstein, for instance, could boast on his exit of having presided over relevant studies of the Senate's committee on banking.

But the trouble here is that whenever a prime minister appoints his party's bagman to the Senate, it is too easy for the cynical to conclude that said bagman would not otherwise have been a senator if not for his service as a bagman.

In 2014, on the occasion of Trudeau's sudden turn to reform the Senate, the historian Allan Levine wrote that the bagman had a long (and bipartisan) history in the Senate. But that much, along with an expense scandal and the inherently debatable premise of an appointed chamber being part of the legislative process, is what bedevils the Senate's public standing.

As Harper himself said in 1997, "The Senate, our upper house, is appointed, also by the prime minister, where he puts buddies, fundraisers and the like. So the Senate also is not very important in our political system."

Gerstein's fears might be slightly allayed by the inclusion of Frances Lankin, a former NDP minister in Ontario, among Trudeau's first nominees. But for Trudeau's credibility, it is useful that Lankin is not a Liberal. Nor was she appointed to sit as a Liberal in the Senate. Rather, like all but one of Trudeau's appointees, she will enter the Senate as an unaligned independent.

(A couple additional things to note since this piece first appeared: Ratna Omidvar donated $500 to Justin Trudeau's leadership campaign in 2012, the cost of attending a dinner for the future Liberal leader. Elections Canada records show that an individual named Raymonde Gagné donated $84.56 to Stéphane Dion's leadership campaign in 2008, but CBC News has not been able to verify with Gagné that the donation was hers.)

What happens next is something of a mystery, part and parcel of a legislative adventure.

It was two years ago that Trudeau ejected Liberal senators from his party's caucus, effectively removing them from his parliamentary authority (even if they still align themselves with the Liberal Party). And since last fall's election, five senators — four former Conservatives and one former Liberal — have chosen to voluntarily unalign themselves.

Those five have teamed with Elaine McCoy, a long-standing independent, to form a "non-partisan working group" which hopes to rewrite the party-based rules of the Senate.

"Partisanship that has been blindly one-sided and lacked impartiality has seriously eroded the credibility and reputation of the Senate," the group declared last week upon announcing its existence.

Put another way: sober second thought might require the responsible consumption of partisanship.

The Senate is now a motley mix of affiliations: 42 Conservatives who caucus with Conservative MPs, 26 Liberals who are split from their counterparts in the House, 18 independent senators of no party and one independent senator (the newly named Peter Harder) who will serve as the government's "representative" in the upper chamber.

Again, it should be noted that Harder led Justin Trudeau's transition team after last fall's election. Previous to that, he spent 29 years in the federal public service including years as a deputy minister.

How the Senate operates and how senators organize themselves — not to mention how a differently composed Senate might act — remains to be seen, but each of 17 current vacancies and every subsequent vacancy for as long as Trudeau is prime minister will presumably be filled with a senator who is at least initially independent. 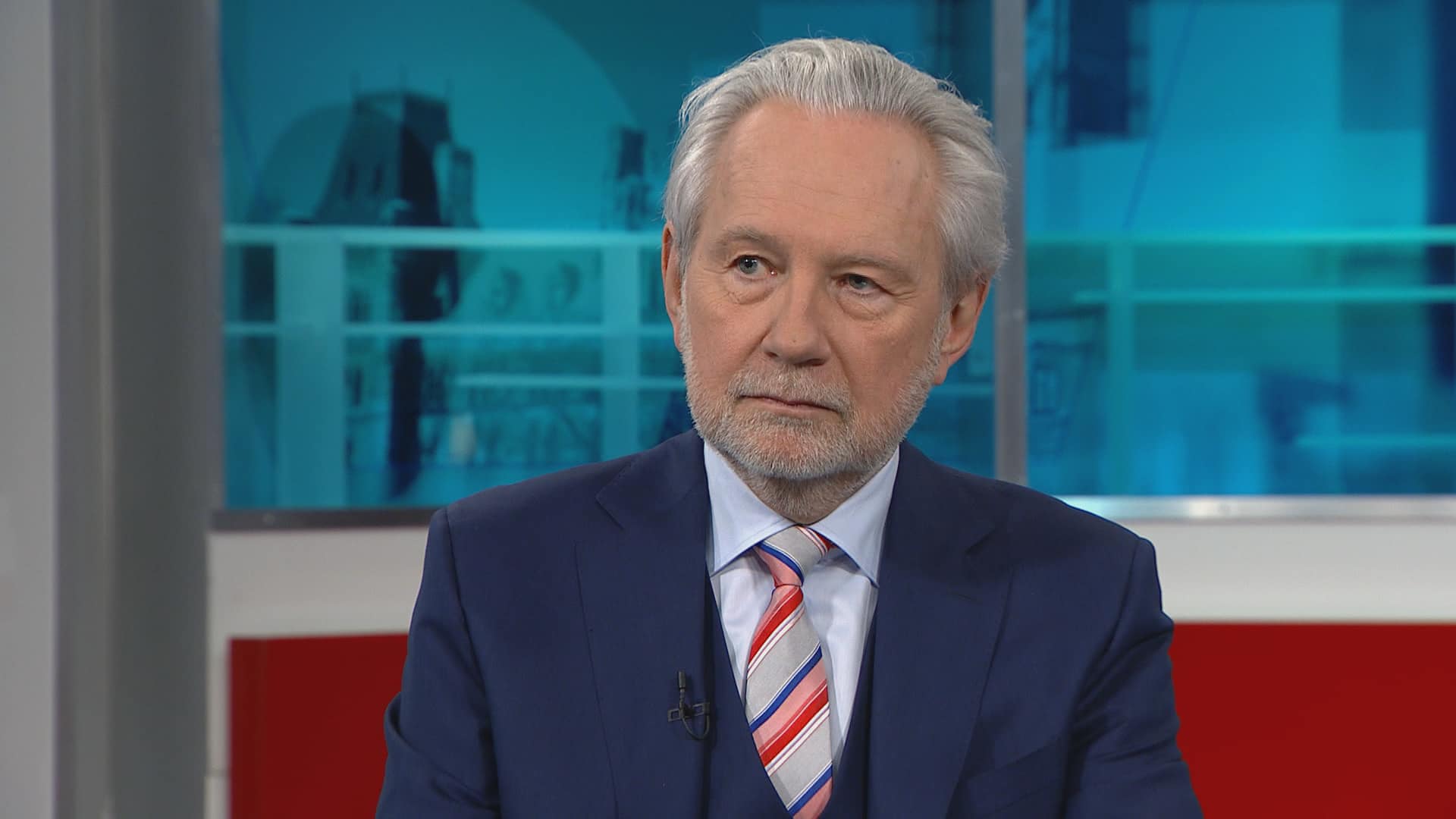 Peter Harder on representing the government in the Senate

5 years agoVideo
8:01
Senate appointee Peter Hander discusses his role as government representative and how he will balance that with the goal of a non-partisan Senate. 8:01

And so for all that partisanship can be said to add to the political process — in coherence, organization and enabling groups of like-minded individuals to exert influence by banding together — the Senate is thus going to be a minor experiment in the utility and practicality of independence. Particularly if that independence is not so much a measure of partisan affiliation as it is an indication of a willingness to defy government demands.

Matters might get messy, though it might be noted that none of the alternatives for Senate reform would obviously be less messy. But democracy is not inherently meant to be tidy (the Senate might at least still be expected to tend to defer to its democratically elected rival).

And so long as none of his appointees take to barnstorming the country raising money for the Liberal Party and provided his office is not found stage-managing the Senate's affairs to help a favoured senator, the prime minister might at least be spared any great embarrassment.

"I note," Conservative Senate leader Claude Carignan posited in a statement Friday morning, "that this process yielded the same type of appointments as it has previously — former judges, provincial ministers, journalists, Olympians — have all been appointed to the Senate before."

Quite right. But that none of these accomplished Canadians is also a former Liberal fundraiser surely makes it slightly harder, at least for now, to completely dismiss them.