The RCMP will not pursue criminal charges against some of the current and former senators who were flagged by the auditor general for questionable senate expenses, CBC News has confirmed.

The RCMP will not pursue criminal charges against some of the current and former senators who were flagged by the auditor general for questionable senate expenses, CBC News has confirmed.

At least 20 senators were recently informed by the Senate law clerk that the Mounties have closed their cases after having reviewed the data collected by the auditor general as part of his audit.

"I was very happy with [being cleared by the RCMP] because you know in the eye of the public — as soon as that information went public — it's like you're guilty for some crime or something wrong that you did," Conservative Quebec Senator Pierre-Hugues Boisvenu, one of the cleared senators, said in an interview.

Michael Ferguson, Canada's auditor general, released his report on Senate expenses last June, which flagged nine senators whose files he believed warranted an RCMP investigation and another 21 whose expenses were deemed questionable but not criminal. The police reviewed the expenses of all 30 of the senators.

The auditor general said his office uncovered nearly $1 million in problematic expenses during its two-year forensic audit. It cost taxpayers $23.5 million for Ferguson and his team to go through the files of the individual senators with a fine-toothed comb.

"What I think is for $24 million we should have had a better job, with less expenses. It's a very high price to pay for that kind of result," Boisvenu said, but the Tory senator conceded that there needed to be more transparency around expenses in the Red Chamber. "But did we have to spend $24 million for that? I don't think so."

Prime Minister Justin Trudeau said Wednesday that he thought the audit was a worthy process despite its hefty price tag and the RCMP's decision to not pursue some of the senators.

"On the contrary, I think the travails that the Senate and senators went through over the past years highlighted the need for greater transparency, greater openness, greater accountability and indeed a distancing from partisanship and the patronage that has defined the Senate," he said during a visit to the United Nations in New York. 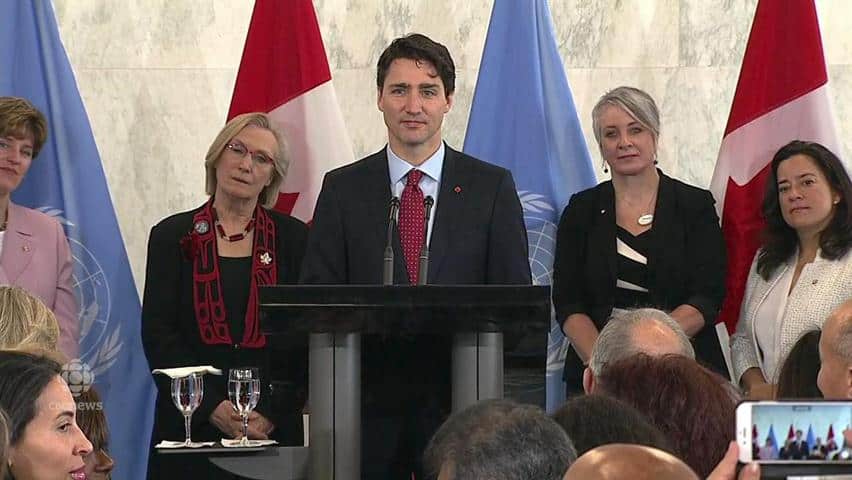 "The various investigations and concerns and issues highlighted have led us to a place where I think we're on the right track," he said.

"We've seen from the Supreme Court that it is not in the cards for us to simply wish the Senate away, and therefore the Liberal government has undertaken to make significant steps to improve the way it functions, and restore its place of confidence in the minds of Canadians who observe our parliament."

Some senators — 21 of the 30 identified by Ferguson — have already repaid some or all of the money that was flagged as questionable, but outstanding amounts remain ranging from $1,120 to $75,227.

14 members of the upper chamber, including some who have repaid money, have challenged Ferguson's findings. They have opted to have their expenses reviewed by former Supreme Court Justice Ian Binnie as part of a dispute resolution process. That process is now complete, and Binnie will release his report early next week.

If Binnie rules against a sitting senator, they will have 30 days to repay any outstanding payments before their salary is garnished. Legal action could be taken to get money back from retired senators.

Harb resigned and the other three were suspended from the upper house in the wake of the allegations. All of the senators, save for Wallin, have been charged by the RCMP. The Saskatchewan senator has since returned to the chamber after her suspension ended with the return of Parliament.

Duffy's criminal trial has now wrapped, and the senator is now awaiting a decision from Justice Charles Vaillancourt in his judge only trial. A decision will be handed down on April 21, more than a year after his trial began.