"The better we understand this virus, its spread and its impact on different people, the better we can fight it and eventually defeat it," Trudeau said today.

The plan has three components:

Trudeau also announced the creation of a new COVID-19 immunity task force focused on serology testing — blood-based tests used to determine if someone has been exposed to the virus already.

David Naylor, who chaired the committee that reviewed Canada's response to SARS in 2003, will be on the panel.

Trudeau said the task force will work to determine how many people have COVID-19 beyond those who already have been tested, whether those who've recovered are immune and, if so, how long that immunity might last.

One million Canadians will be tested as part of the study over the next two years.

Trudeau said testing is key to the fight against COVID-19. He said 20,000 tests are being done every day.

"Testing must increase even further before we can reopen and restart our normal activities as a country," he said.

Trudeau also warned that once a vaccine is developed — whether that happens in Canada or elsewhere in the world — the global competition to produce it will be fierce and may lead to the same bottlenecks governments everywhere have experienced in trying to obtain personal protection equipment (PPE) for medical staff.

That's why it's important to establish the capacity to mass-produce vaccines here in Canada now, he said.

Around the world, many people are losing patience with public health guidelines that compel them to stay at home and practise physical distancing. Trudeau said the speed at which those restrictions can be lifted will depend on the advice of scientists.

"We know it may be a long while before a vaccine. There are discussions around treatments for COVID-19 that might work as well as a vaccine," he said.

"We've been waiting for and looking for and searching for a vaccine for AIDS for decades now, and it still hasn't come, but there are treatments that mean quality of life for people."

Watch: Prime Minister Trudeau is asked when Canadians' lives can return to "normal" 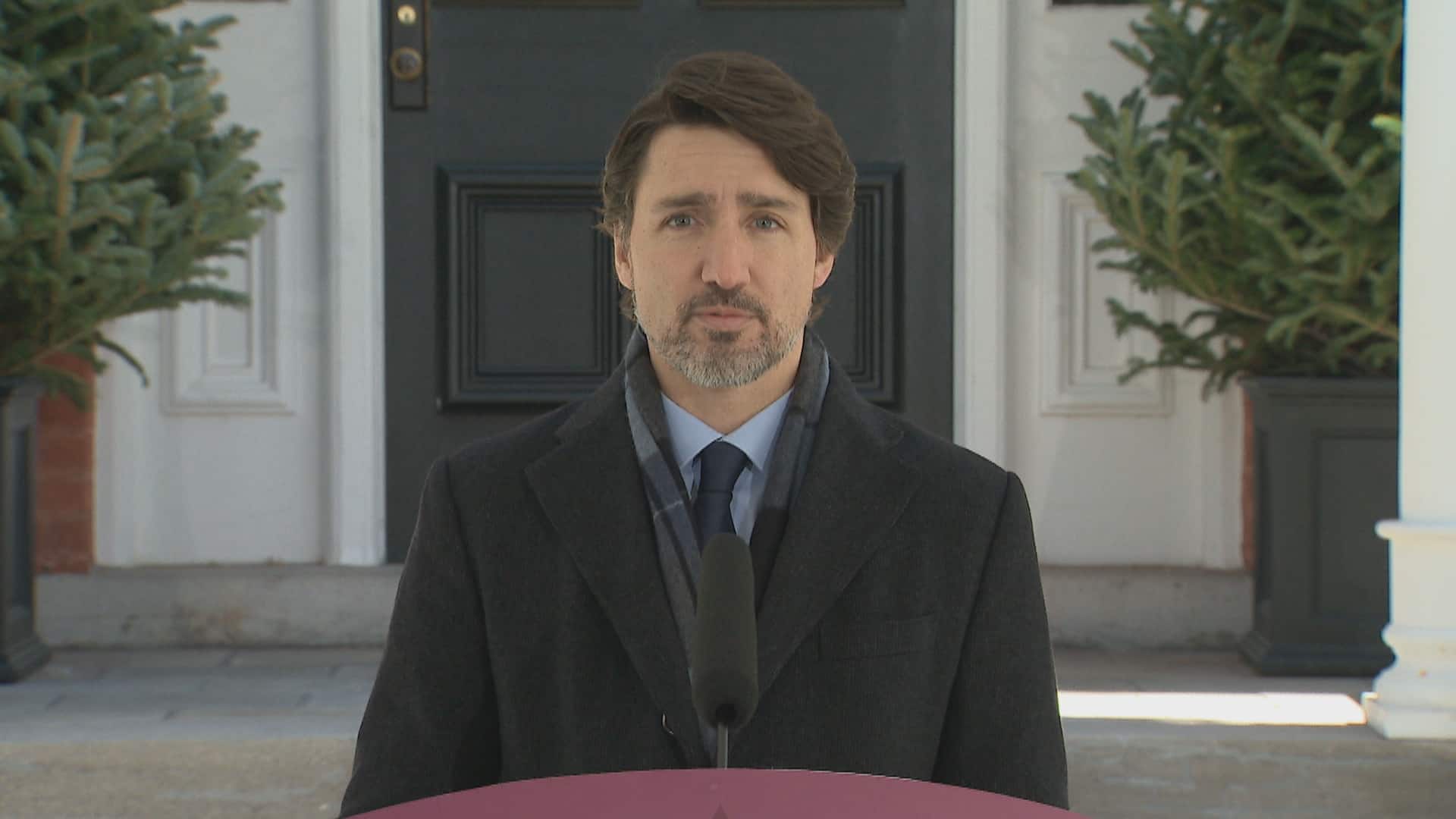 Trudeau questioned about when Canadians can return to a normal life

Scientists around the globe are scrambling to come up with tests and treatments to limit the disease and, ultimately, a vaccine to protect against the novel coronavirus, which has killed nearly 2,000 Canadians and almost 200,000 people worldwide.

Canada's chief science officer Mona Nemer said today that serology testing checks for the antibodies that are generated in response to an infection — and can tell physicians who has been infected without knowing it.

"Serology testing will also tell us how quickly immunity develops and also fades. And this is important in guiding our recovery strategies," she said.

"Other important information that we're still missing is how quickly the virus changes or mutates to escape detection and whether certain individuals are more susceptible to infection or less able to overcome it."

Today's measures support previous efforts by the Trudeau government to marshal Canada's scientific community in the battle against COVID-19.

In mid-March, it committed $275 million to research as part of the first emergency aid package.

That was supplemented later in the month by the creation of a new strategic innovation fund, which provided another $192 million to specific companies and research institutions working on new drugs and vaccines.

The government also has provided $52 million through national granting councils to almost 100 research teams across the country.