With less than two weeks to go before schools are set to welcome back students for the fall term, Prime Minister Justin Trudeau today announced more than $2 billion in funding to help provinces and territories re-open their schools and economies safely.

With less than two weeks to go before most schools are set to welcome back students for the fall term, Prime Minister Justin Trudeau today announced more than $2 billion in funding to help provinces and territories re-open their schools and economies safely.

The announcement comes as some provinces are reporting increases in the number of confirmed COVID-19 cases.

The funding is meant to allow provinces and territories to work with local school boards to implement measures to protect students and staff from COVID-19. The money can be used to help adapt learning spaces, improve air ventilation, increase hand sanitation and hygiene and buy extra personal protective equipment (PPE) and cleaning supplies.

Trudeau also announced an extra $112 million for First Nations communities to ensure a safe return to school on reserves.

While education falls under provincial jurisdiction, Trudeau said the money is meant only to top up provincial resources and comes with no strings attached on how it's spent.

"We respect the Constitution but we needed to find a way to help Canadians, and that's what we've done," he said.

Funding will be provided in two instalments; the first payment is expected this fall and a second is to arrive early in 2021.

Trudeau said the provinces will need to advise the federal government on how they have spent the money before the second disbursement flows.

No intervention in provincial jurisdiction: PM

Trudeau said MPs have been hearing from a lot of parents who are extremely anxious about schools reopening. Premiers are "very pleased" with the additional funding and provinces will decide how they spend the money to bolster their existing plans, he added.

"What we realized when we saw the level of anxiety and preoccupation that parents across the country had still, even with those plans in place, we realized that we could give the provinces even more resources. Some of it could go forward right away, some of it might be able to help out if there's a second wave later in the fall," he said. 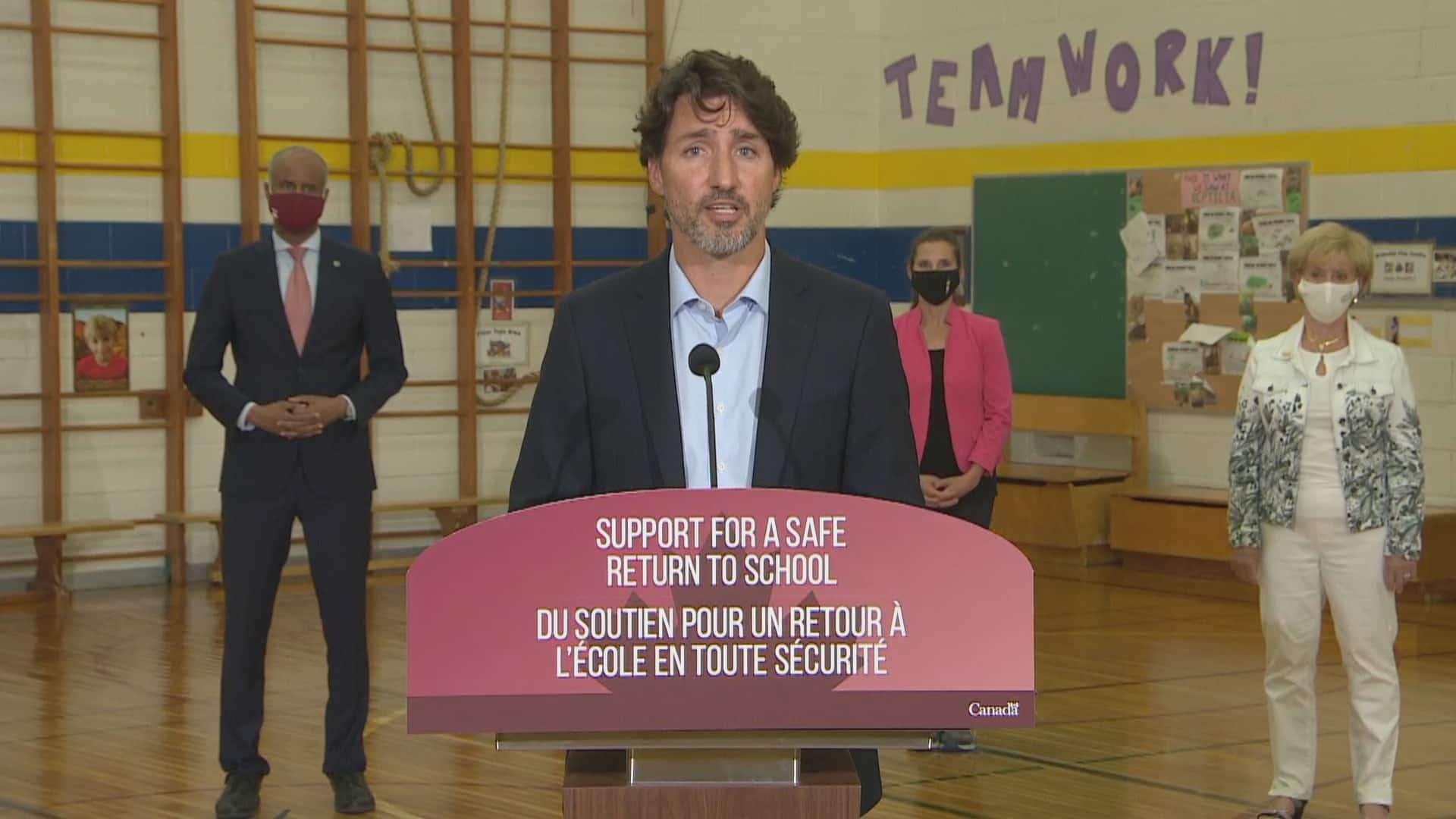 Federal school money: half now, half in December

"These are the kinds of things that we know Canadians need to see their provinces acting on and giving this money to them in order to keep our kids safe is a way for the federal government to be there to help in an area that is provincial jurisdiction."

Most students have been learning from home since the COVID-19 outbreak shut down schools and businesses in mid-March.

Trudeau said returning kids to school safely is critical to restarting the economy, since it allows parents to return to work without stressing about the health of their children.

Trudeau said that, as a parent and a former teacher, he knows first-hand the importance of school for kids' social development and mental well-being.

"Our children must be safe in the classroom. That's non-negotiable," he said. "No parent should be losing sleep because they have to go back to work, but aren't confident schools are properly prepared."

The funding is being allocated based on the number of children aged four to 18 years old in each province and territory, with a $2 million base amount for each jurisdiction.

Funding based on student population

Here's a breakdown of the allotments:

While most schools are scheduled to reopen after Labour Day, students in Yukon have already resumed classwork.

Plastic shower curtains hang between some desks, red arrows line hallway floors to direct student movement and posters remind students to maintain physical distancing and wash their hands. "Sick rooms" are also in place to isolate students who may be showing symptoms.

The premier went on to say that the federal government has placed no conditions on the funding and his government would spend the money cautiously. 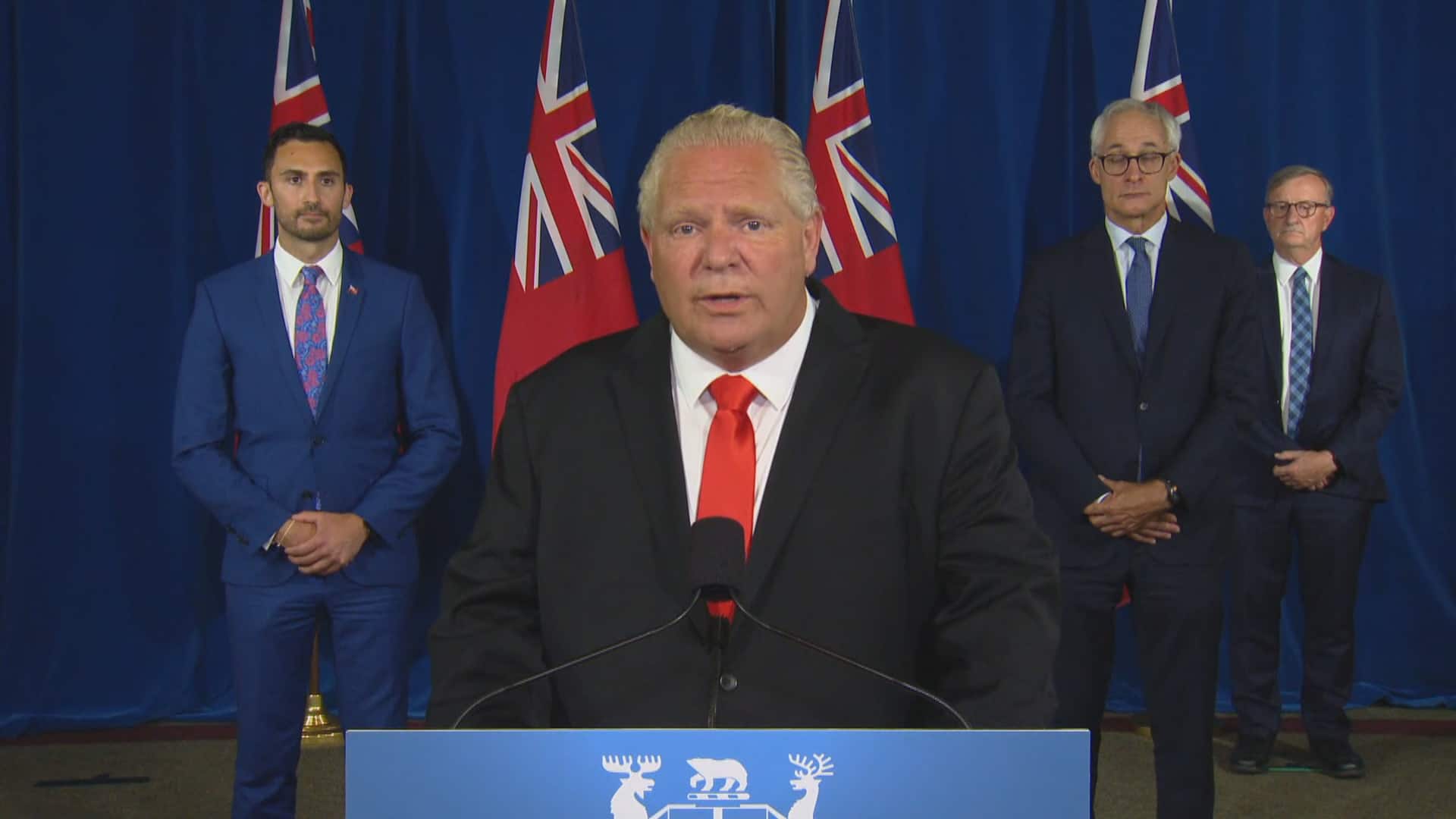 1 month ago
0:43
Ontario Premier Doug Ford had nothing but good things to say about his provinces share of the federal money targeted at opening schools safely. 0:43

"The fact that Justin Trudeau only told the provinces about this money days ago shows that he is more interested in putting on a show than working with the provinces to help students safely return to school," she said in a statement.

"With school resuming in less than two weeks, provinces' back-to-school plans are already well under way. Justin Trudeau has been wrong or slow to act throughout this pandemic, and his failures have cost Canadians." 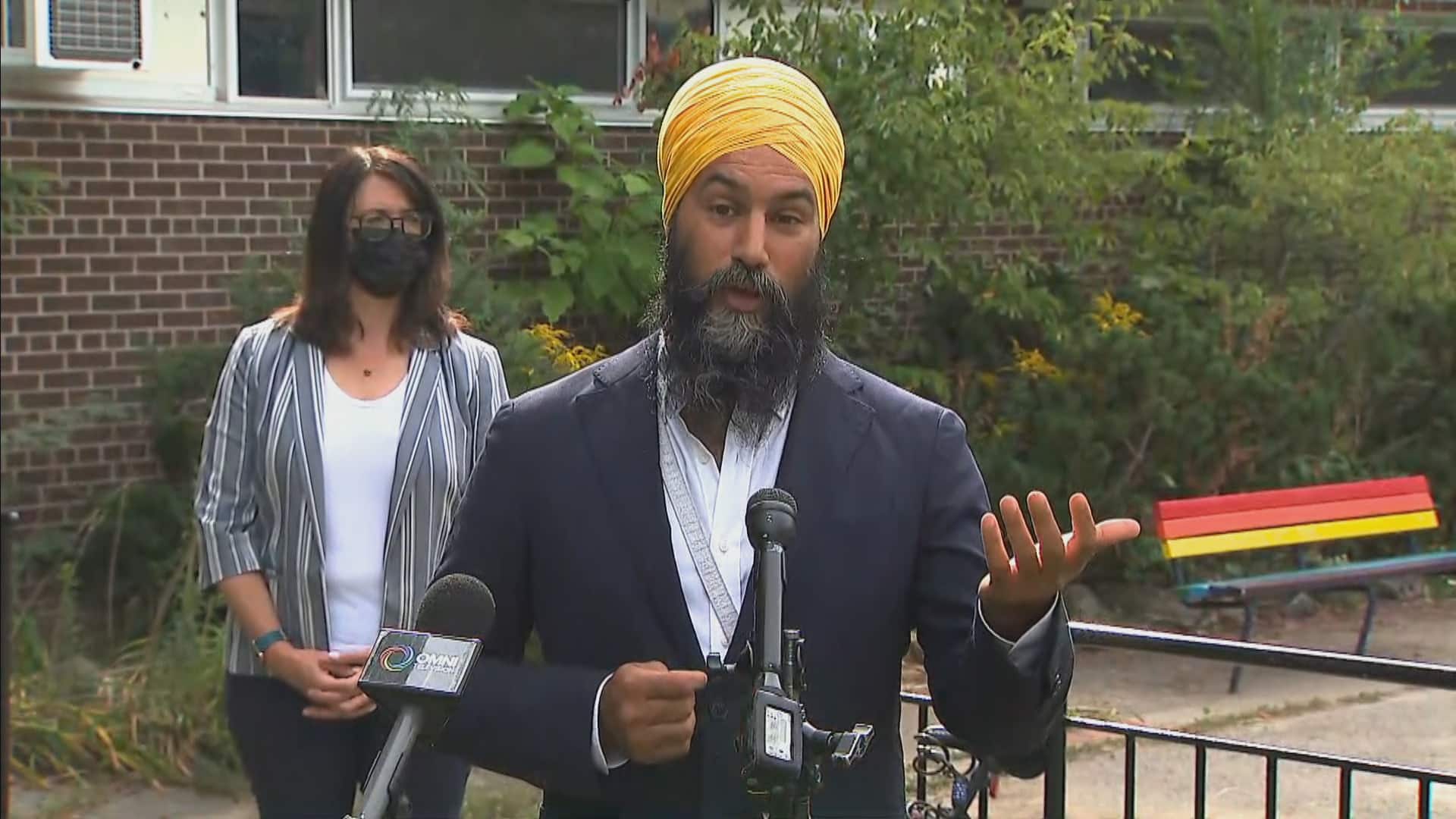 Singh on federal money for schools

1 month ago
1:28
NDP Leader Jagmeet Singh calls on the Liberal government give money not just to schools but to child care as well. 1:28

"There is a real need to see dollars that are tied to schools being safer, and specifically what the health care experts and what the school experts are saying: classroom sizes," he said. "We need smaller classroom sizes."

"For working mothers everywhere whose children will be returning to the classroom as of next week, today's announcement provides additional assurance that sending their children back to school is the right decision. This funding is critical to helping women fully participate in the workforce, and especially so amid the economic recovery," said Leah Nord, director of workforce strategies and inclusive growth.

"Our members have repeatedly stated that the biggest impediment to more fulsome participation by women in business is access to reliable and affordable childcare and safe, full-time return to school policies across the country."