Prime Minister Justin Trudeau says Canada and the United States have struck a deal to extend current border restrictions between the two countries by an additional 30 days, as the U.S. moves to exempt Canada and Mexico from export restrictions on personal protective equipment.

Prime Minister Justin Trudeau says Canada and the United States have struck a deal to extend current border restrictions between the two countries by an additional 30 days, as the U.S. moves to exempt Canada and Mexico from export restrictions on personal protective equipment (PPE).

"This is an important decision and one that will keep people on both sides of the border safe," Trudeau said regarding the border deal during his daily COVID-19 briefing on Saturday.

The border was originally closed March 21, restricting non-essential travel between Canada and the U.S. Over the past month, it remained open for trade and commerce, with exemptions also granted for emergency response and public health purposes.

The initial agreement was set to expire Tuesday.

"It's another example of the excellent collaboration between our two countries," he said.

Trudeau said Thursday that reopening the U.S.-Canada border would not be happening "anytime soon," a day after U.S. President Donald Trump said he hoped it would be "one of the early borders to be released." 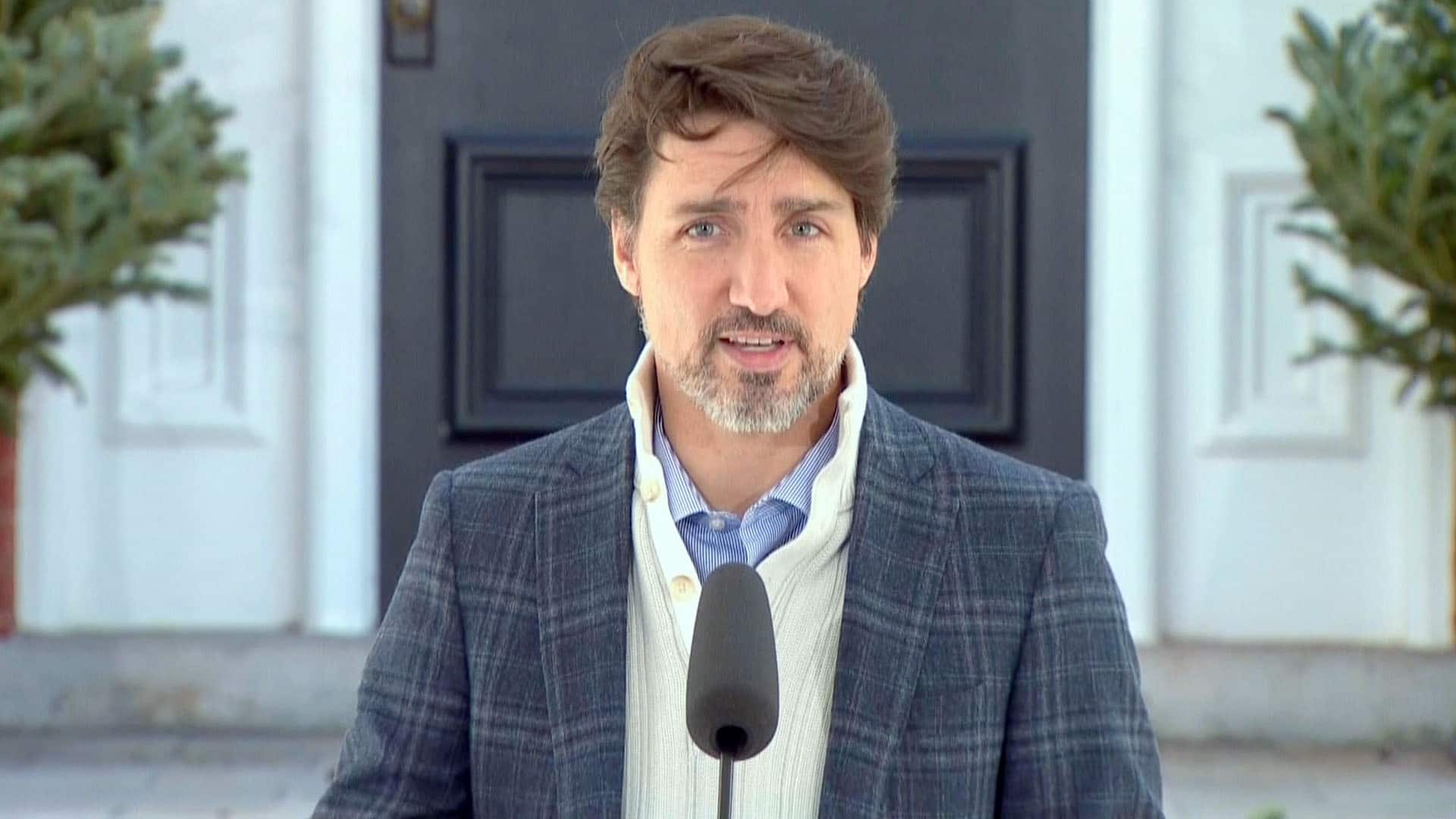 11 months ago
7:06
Prime Minister Justin Trudeau discusses extending restrictions imposed on the U.S.-Canada border, new funding for Indigenous businesses and the arrival of shipments of medical supplies during his daily COVID-19 briefing Saturday. 7:06

Trudeau also referenced Canada's continuing efforts to shore up its stock of medical and protective supplies, announcing that the production of millions of face shields — which protect the whole face and can extend the life of medical masks — is underway at a manufacturing company in Toronto.

"We are confident that we are in a good place around PPE and will only get better as more and more Canadian producers and suppliers come online," Trudeau said.

The prime minister's remarks come as the U.S. is set to ease restrictions on exporting protective equipment through a number of new exemptions, one of which allows supplies to be shipped to Canada and Mexico.

In early April, the Trump administration invoked the Defense Protection Act, which gave the U.S. the power to boost the production and acquisition of critically needed supplies.

The move led to a dispute between the U.S. and Canada about blocking supplies — namely N95 masks produced by Minnesota-based company 3M — from being sent to Canada. The Trump administration reached a deal with the manufacturer last week to continue supplying Canada with the masks.

On April 10, America's Federal Emergency Management Agency (FEMA) then issued a temporary rule dictating that "scarce or threatened materials" — including masks and gloves — could not be shipped outside the country without a green light from the agency.

But according to a federal U.S. document set to be published Tuesday, a new exemption to that rule means that items bound for Canada and Mexico as their final destination have the all-clear.

The document notes that the exemption seeks to avoid potentially "significant interruptions" to supply chains between the nations as well as disruptions to the flow of cross-border trade.

Deputy Prime Minister Chrystia Freeland's office said Saturday that the exemption is the result of ongoing discussions with the U.S., which have been underway for some time.

Trudeau said Saturday that aside from the ongoing production of face shields, two planes carrying N95 masks and protective coveralls landed in Canada on Friday.

"Of course, there is a need for continued vigilance and there will of course be many lessons learned on how Canada can be better prepared for any future outbreaks than we were this time," he clarified.

Earlier in the day, Treasury Board President Jean-Yves Duclos also called for close monitoring of Canada's supply when he was asked about the flow of medical goods across the U.S.-Canada border.

"We have succeeded in maintaining the appropriate flow of medical goods in both directions," he said. "This being said, we need to be vigilant because that relationship is going to be tested for the rest of the crisis."