Liberal ministers fanned out Tuesday to show cabinet solidarity and support for Justin Trudeau as the government reels from the high-profile resignation of Jane Philpott.

PM skips events in Regina, returns to Ottawa for strategy session to respond to growing scandal

Liberal ministers fanned out today to show cabinet solidarity and support for Prime Minister Justin Trudeau as his government reels from the high-profile resignation of Jane Philpott.

Foreign Affairs Minister Chrystia Freeland, one of several ministers speaking out today, said she has absolute confidence in the prime minister and that it is a privilege to serve in his cabinet.

Earlier today, Trudeau cancelled a trip to Regina and instead returned to Ottawa for private meetings. He had been scheduled first to attend an event at a Canadian Tire store to promote climate incentive rebates, then to deliver remarks at a Liberal Party fundraiser later tonight.

Those plans changed after Philpott resigned as Treasury Board president Monday, saying she had lost confidence in the government's handling of alleged political interference in the prosecution of SNC-Lavalin. 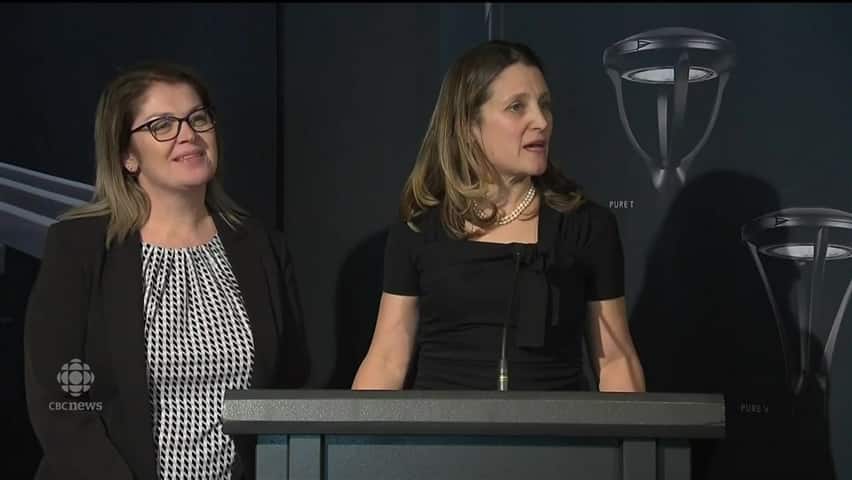 Freeland on Philpott, Trudeau and Wilson-Raybould

Infrastructure Minister François-Philippe Champagne said today Philpott had no choice but to leave since she did not have solidarity with the cabinet.

"I'm not denying it, it's a difficult moment, but no one has entered politics thinking there would be no difficult moment. We need to deal with that seriously, with calm," he said during an event in Joliette, Que.

"This is a serious issue, we need to get to the bottom of things, but we also need to focus on what matters to Canadians. People have elected us, they have sent us to Ottawa to represent our community to fight for the environment, fight for jobs, fight for the economy."

Environment Minister Catherine McKenna echoed that line, saying the government must not lose its focus on big issues such as climate change. She said she retains "absolute confidence" in the prime minister and that she believes there is still much still to learn about the SNC-Lavalin matter.

"I absolutely believe that Jody Wilson-Raybould believes what she said. I have worked with her. I respect her. But I think there are different perspectives on this," she said during a visit to Windsor, Ont.

After Philpott announced her resignation Monday, CBC News reached out to the remaining 33 members of cabinet to ask if they still support Trudeau.

As of Monday night, all remaining members of the federal cabinet were saying they continue to support Trudeau and the government. 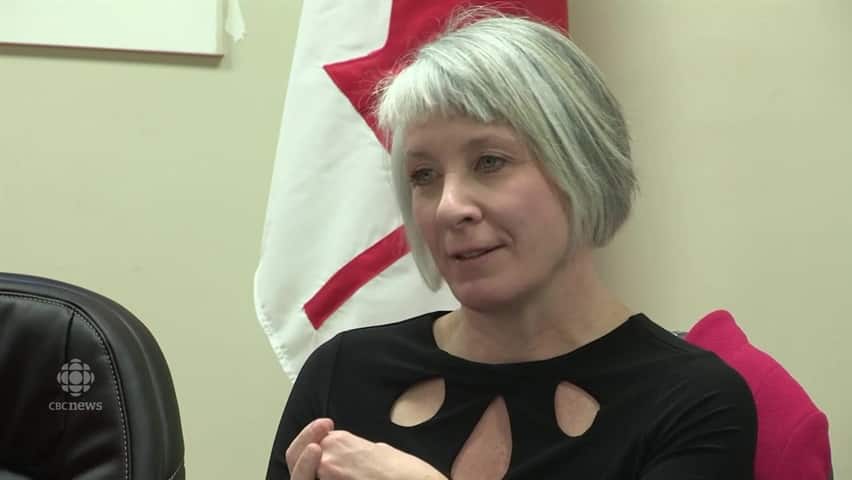 Hajdu on Philpott, Wilson-Raybould and Trudeau

2 years ago
0:37
Labour Minister Patty Hajdu spoke to repoters in Kamloops on Tuesday 0:37

Gerry Butts, Trudeau's close friend and former principal secretary, is set to appear at the justice committee at 10 a.m. ET Wednesday. Privy Council Clerk Michael Wernick is set to return to the committee that afternoon.

When he first testified Feb. 21, Wernick acknowledged he warned Wilson-Raybould of the grave economic consequences of SNC-Lavalin being prosecuted on bribery charges related to contracts in Libya, but denied that any inappropriate pressure was placed on the then-attorney general.

Wilson-Raybould testified last week that she received veiled threats and faced intense pressure from senior people in the Trudeau government to override the independent decision by the director of public prosecutions to proceed with criminal proceedings against the Quebec-based engineering and construction company.

The former justice minister and attorney general was demoted to the Veterans Affairs portfolio in a Jan. 14, 2019 cabinet shuffle.

She resigned on Feb. 12, just five days after the Globe and Mail reported that said she had been pressured to overturn her decision on SNC-Lavalin.

Wilson-Raybould and Philpott both remain in the Liberal caucus; Trudeau said Monday he is still thinking about whether they should stay there.

Former Liberal cabinet minister Sheila Copps insists he should take "strong action" and kick them out.

Trudeau needs to lance the boil inside the caucus!

"If (Wilson-Raybould) feels so strongly about it, the logical next step is for her to step out of the Liberal caucus and not run as a Liberal, bcause the leader who's leading the team has lost her confidence," she told CBC News Network host Andrew Nicholson.

"And ditto for Mdme. Philpott. If she does have that much integrity, she should just step out."

Copps said it makes "absolutely no sense" for an MP to remain in caucus while expressing so little confidence in the party leader. 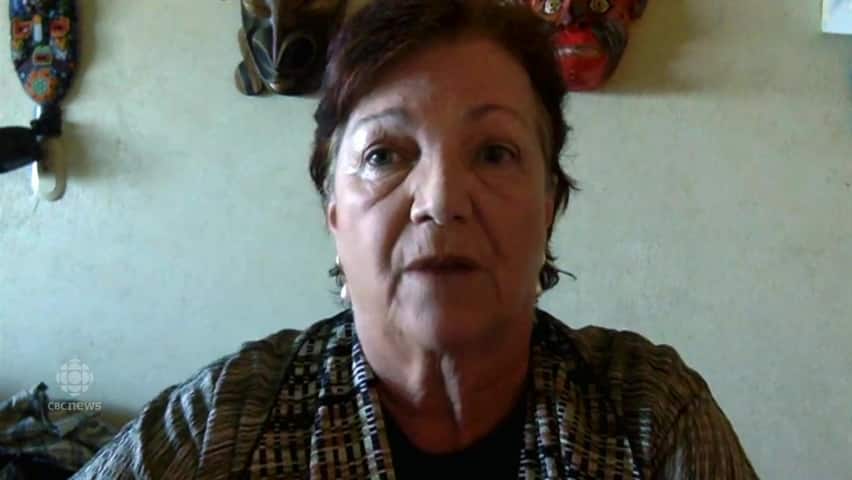 2 years ago
1:04
Ex-Liberal Minister Sheila Copps is asking why Jody Wilson-Raybould and Jane Philpott want to stay in the Liberal caucus. 1:04

How to watch Wednesday's testimony

CBC News will have full coverage of Gerry Butts' testimony at the Justice committee: