Prime Minister Justin Trudeau and a cadre of cabinet ministers are meeting with major Canadian and international investors Monday as part of an effort to encourage them to invest their billions in the country's infrastructure.

Prime Minister Justin Trudeau and a cadre of cabinet ministers are meeting with major Canadian and international investors Monday as part of an effort to convince them to invest their billions in the country's infrastructure.

The government is hoping to facilitate a new era of private investments to close an infrastructure gap that some groups peg at roughly $120 billion and growing.

Finance Minister Bill Morneau has already committed billions in new public funds to projects across the country, but with deficits ballooning, Ottawa is turning to major pension funds and institutional investment firms such as BlackRock to invest in return for a stable revenue source.

BlackRock, the world's largest asset manager, was tapped by the government to help organize the event. Trudeau met the company's founder, Laurence Fink, in January at the World Economic Forum in Davos, Switzerland, and again in New York City in March.

"In order to create good jobs, grow the economy and strengthen the middle class, the private and public sectors must work together as partners," he said Monday after meetings at the Shangri-La Hotel in Toronto.

Trudeau said investors such as Fink are eager to park their money in Canada — an island of relative stability that is "looking very attractive" — amid growing anti-globalization sentiments around the world.

Trudeau on competing for capital with President-elect Donald Trump

6 years ago
Duration 1:45
Trudeau on competing for capital with President-elect Donald Trump

The prime minister was asked repeatedly by reporters about the election of Donald Trump as president, but declined to answer. Trump has also pitched pairing public money with private funds to fund $1 trillion in infrastructure investment.

Trudeau said he was "not worried about competing" with the U.S. and said investors were drawn to "low-risk" Canada, where the population is broadly supportive of economic immigration, trade deals and foreign investment.

Morneau announced earlier this month the creation of an infrastructure bank that will solicit funds from private investors. The government will give the bank $15 billion in seed money to help spur more public-private investments for projects similar to the Montreal light-rail transit system pitched by the infrastructure arm of the Caisse de dépôt et placement du Québec.

The government hopes ultimately to attract some $140 billion in private capital to the infrastructure bank after it launches next year. 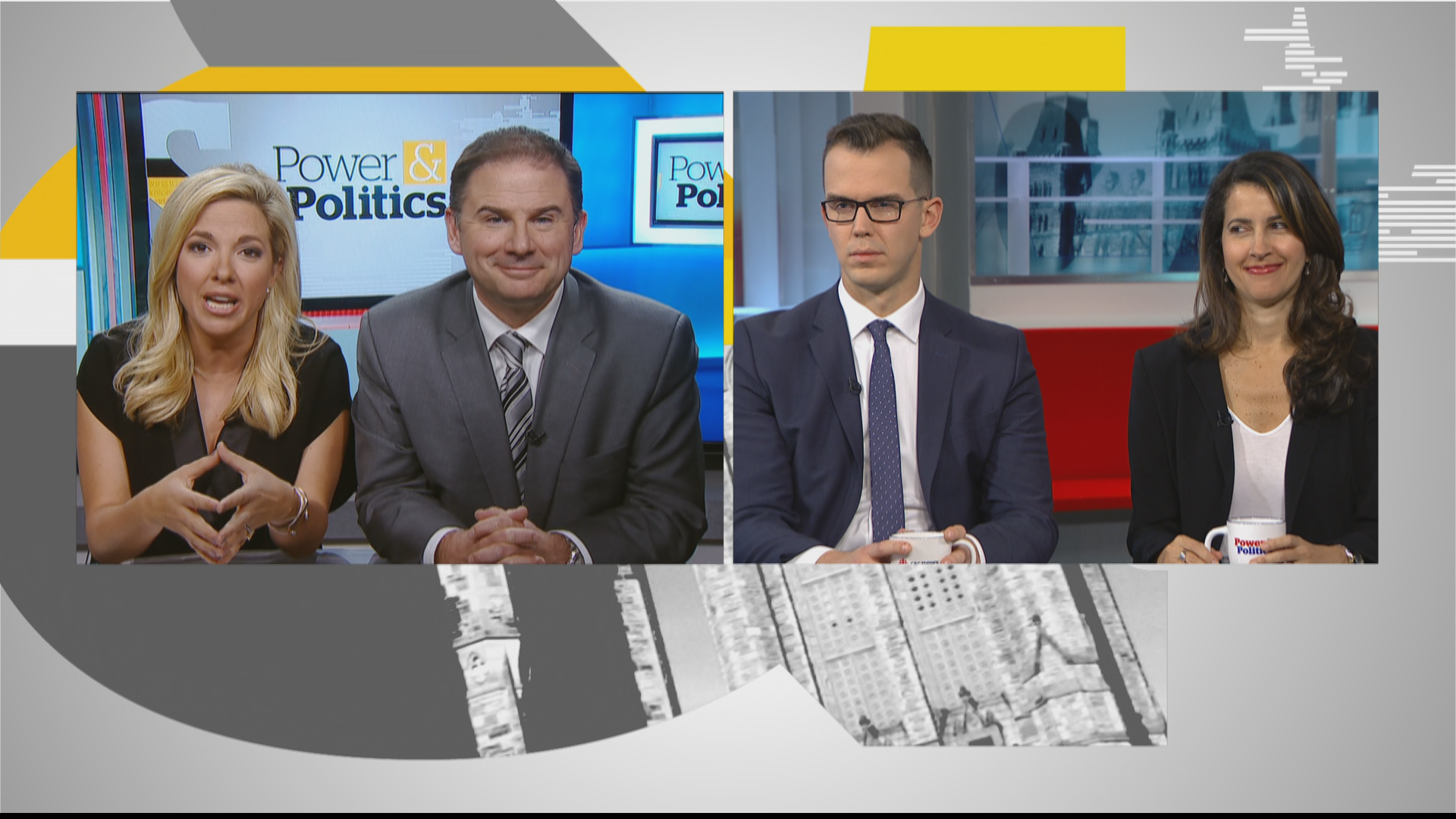 In an era of persistently low interest rates, investors have turned to investments with higher returns.

Canadian firms, including the Canadian Pension Plan Investment Board, which manages CPP money for future retirees, have plowed billions into airports, ports, hospitals, roads, railways and pipelines in Asia, Australia, Europe and the U.K., among other locales. (Read the full list of the infrastructure investments here.)

These investments are made in return for tolls and fees from users, something that would likely be replicated here in Canada if pension firms take the lead on building new projects.

The investment board has produced impressive results, growing the size of the fund to $280 billion in total investments, placing it among some of the largest such firms in the world.

"They won't do it out of the goodness of their hearts. They will want a return," he said, noting the revenue streams from these projects could come at the expense of low-income Canadians.

Trudeau promised during the election campaign that his infrastructure program would take advantage of historically low interest rates to invest public monies, Caron told reporters. Instead, he said, the prime minister is turning to the private sector, which will impose "highly regressive" fees.

"The Liberals are pushing ahead with a privatization scheme that will leave Canadians paying the price for new user fees and tolls. Canadians have every right to feel betrayed, and we will be there with them every step of the way to oppose this scheme."

Trudeau pushed back Monday and said joining up with private capital is a "win-win" proposition because it will build much-needed infrastructure, like public transit, while also putting Canadians to work.

"I think there's many different models that are being looked at … and we need to make sure that we're responding to Canadian concerns," he said when asked about levying tolls.