Justin Trudeau says a Liberal government would get to work "right away" on a policy to legalize and regulate the sale of marijuana, but won't commit to a timeline for legalization. 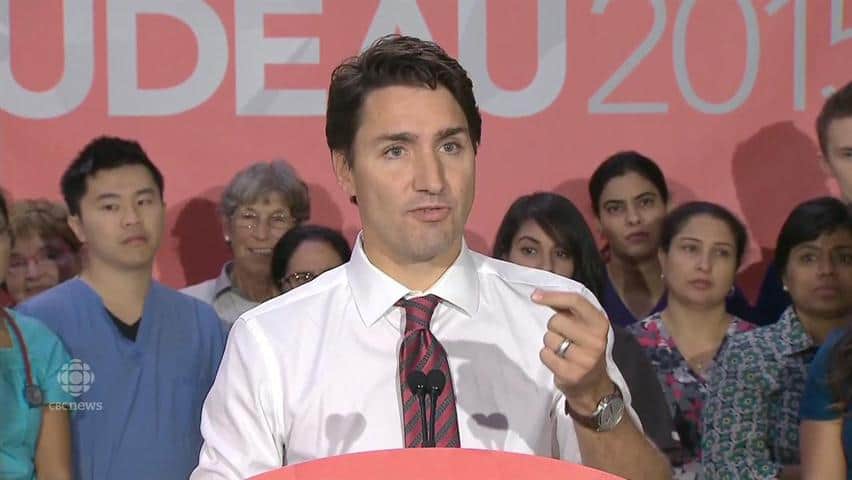 Justin Trudeau says a Liberal government would get to work "right away" on a policy to legalize and regulate the sale of marijuana, but won't commit to a timeline for legalization.

When asked by CBC News for a specific time on the rollout of the policy, Kate Purchase, director of communications for Trudeau's campaign, said, "We haven't released a time.… We want to get the best ideas from various places and construct a Canadian model."

Purchase cited Colorado as one of many models the party is currently looking at.

In Colorado, an individual over the age of 21 is allowed to possess up to about 28 grams (one ounce) of marijuana for personal use.

When asked why the party has not accounted for tax revenues from marijuana in its financial projections, Purchase said, "We don't want to pre-suppose revenue."

Trudeau has previously suggested the Liberals don't have any plans to introduce marijuana-related policy during the campaign.

"We will continue to answer questions on this," said the Liberal leader. "But the policies we're putting forward are really focused on how we're going to grow the economy and give the kind of future to Canadians that they deserve."

The NDP favours decriminalization rather than legalization of marijuana.

"I want to make sure that everybody understands that the NDP's position is decriminalization the minute we form government," Mulcair said in response to a question at a campaign event in late August.

"The NDP has had the same position for about 40 years," Mulcair said in August. "Decriminalizing marijuana is the position of the NDP, it's my position and it's something that we can do immediately."

A majority of Canadians are in favour of either decriminalizing or legalizing personal marijuana use, according to the latest findings of Vote Compass, CBC's voter-engagement survey.