After meeting with Justin Trudeau last week, Saskatchewan Premier Brad Wall said he had told him that the prime minister "was uniquely positioned to be a champion, for want of a better word, for pipelines in this country.”

Canada's PM says 'we are all collectively part of the solution,' but he's responsible for getting us to it

After meeting with Justin Trudeau last week, Saskatchewan Premier Brad Wall said he had told him that the prime minister "was uniquely positioned to be a champion, for want of a better word, for pipelines in this country."

That burdensome encouragement came a week after former prime minister Brian Mulroney mused that a "lack of distinct political leadership" was among the circumstances endangering vital pipeline development, but that Trudeau could be the leader we need right now, the one to bring the premiers, First Nations and environmentalists together for the common good.

In between those public assignments of responsibility, and briefly escaping the incessant attempts of the Official Opposition to portray him as insufficiently supportive of Canadian oil, Trudeau went to New York, where he was publicly admonished for being too supportive of pipelines.

Positing that voters of his generation were disheartened when politicians contradict their campaign rhetoric, a young man suggested at a public forum hosted by New York University that Trudeau had campaigned against pipelines, but was now in favour of them.

"That's a great question," the prime minister responded, "and it does sort of get to one of the points that needs to be highlighted: that every voter has a responsibility to get informed about positions that people have."

Rarely has the extent of someone's knowledge been so neatly questioned.

Trudeau reminded everyone of his support for Keystone XL. He acknowledged the previous Conservative government's failure on the environment, but needled the demonizing of Canadian oil that subsequently emerged as a "shortcut to being concerned about climate change." Blocking pipelines, he said, is a "simplistic solution." In the meantime, he reminded, oil was being shipped less safely by rail.

Someday, he agreed, we would need to stop using fossil fuels. But that day is not tomorrow. Instead, we should think about how to get to that point most efficiently.

"I mean, these are complex questions to which we are all collectively part of the solution," he said.

For sure, we will all end up involved somehow in solving the issue. But it is he who is now responsible for getting us to a solution. And so Trudeau's leadership will now be measured by the length of pipeline built to tidewater on his watch.

'The federal government must not discredit itself'

There might be a romantic allure to Mulroney's notion of political leadership — a great unifier pulling his country together by sheer force of will and talent. And Trudeau has extolled the necessity of getting resources to market while showing some interest in working with the premiers and pursuing a new sort of relationship with indigenous communities.

But there is perhaps something to be said for otherwise being measured in one's disposition.

Asked last week whether Trudeau should be more outspoken in favour of pipelines, an official in the office of Alberta Premier Rachel Notley responded in the negative.

"Just deal with them through a credible process," the official said. "The federal government must not discredit itself as the previous one did."

In lieu of making the case himself, Trudeau can take steps like invite Notley to address a special meeting of the federal cabinet in Alberta.

"You cannot have it both ways, and say I am trusting the environmental assessment process on one hand and by the way, even if we have not even begun the process, I have the final opinion on the matter and this pipeline should proceed," he says.

(The Conservatives have tried to parry this by asking Trudeau to commit to approve the Energy East pipeline if the NEB finds in its favour. But the Conservative Opposition seems to forget it was the previous Conservative government that gave cabinet the power to overrule the regulator in the event that a project was rejected.)

Trudeau did arrive as the man to reconcile the over-simplified fight between pipelines and climate change that emerged around Keystone XL. But part of that would be something like a credible plan on greenhouse gas emissions.

If he's lucky, Trudeau will at least have something resembling the makings of such a plan by year's end. And demonstrating that new pipelines can be built within that plan might resolve some objections.

All pipeline politics is local

As Conservative MP Shannon Stubbs happily reported to the House a few weeks ago, 84 per cent of Canadians think it's possible to transport energy resources while protecting the environment and 70 per cent believe pipelines are the safest method for transporting oil (findings courtesy of Nanos Research). A majority of Canadians have also been found to support the Energy East proposal.

But in Quebec, through which that pipeline would run, support is under 50 per cent. Similarly, support for the Northern Gateway and Trans Mountain pipelines in British Columbia has been measured at 35 and 36 per cent, respectively.

Trudeau might hope that concerns will be mollified by the additional layers of study his government has added to the process for Energy East and Trans Mountain. But, failing that, his government might be handed recommendations for approval — the NEB's final report on Trans Mountain is due in May; its final report on Energy East will come in March 2018 — that run counter to the feelings of a significant number of Canadians.

It is at this point that Trudeau's moment of leadership might truly arrive. With NEB decisions in hand, the onus will belong entirely on his government. 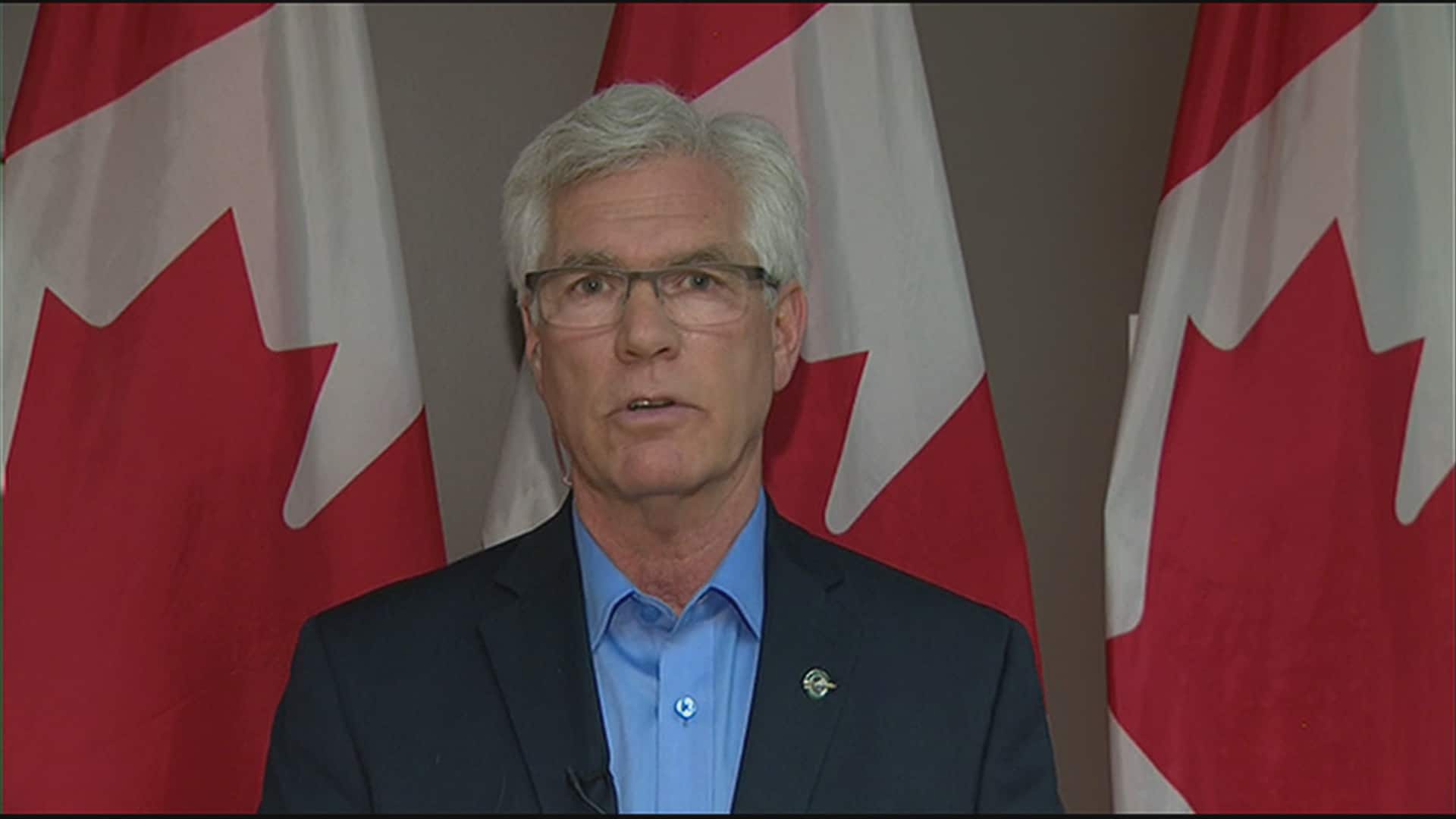 5 years agoVideo
5:06
The minister says "we have a much better chance now [of getting oil to tidewater] than we had a year ago ... because a credible process is in place." 5:06

He might never convince Avi Lewis and Naomi Klein (and the rest of the Leap Manifesto's adherents), but Trudeau might try at that point to persuade everyone else, although he also might not succeed.

"There will be people who the day the pipeline starts working will be very upset that the pipeline exists," Caron says. "That's democracy."

In the strict sense, that might be the antithesis of the idea of Trudeau, he of the sunny ways who would consult, and collaborate and bring Canadians together.

Trudeau might ultimately be measured by not only his ability to unite Canadians around the common cause of pipelines, but also by how he deals with and confronts disagreement.

That young man in New York, however mistaken, might have at least been a useful warm-up.