Prime Minister Justin Trudeau says using the word "peoplekind" instead of "mankind" during a town hall in Edmonton was his failed attempt at humour.

Prime Minister Justin Trudeau says using the word "peoplekind" instead of "mankind" during a town hall in Edmonton last week was his failed attempt at humour.

Trudeau has been mocked on social media and talk shows since using the word.

Before holding a Liberal caucus meeting on Parliament Hill today, Trudeau told reporters he doesn't necessarily have the best track record on jokes.

"I made a dumb joke a few days ago that seems to have gone a little viral in the room, on the peoplekind comment," he said. "It played well in the room and in context. Out of context it doesn't play so well, and it's a little reminder that I shouldn't be making jokes even when I think they're funny." 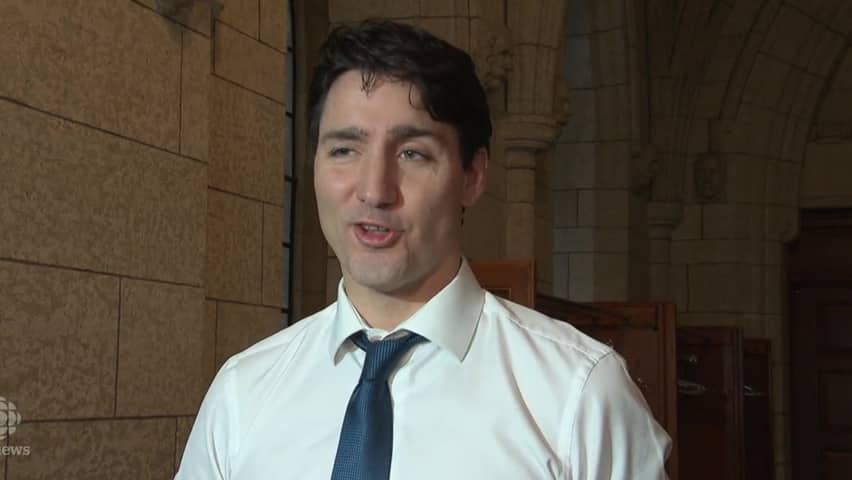 Trudeau: 'not the best track record with jokes'

3 years ago
0:33
Justin Trudeau says his use of the word "peoplekind" has gone viral, and not for the right reason. Trudeau admits his track record on jokes isn't good. 0:33

Trudeau had responded to a young woman participant who ended her question by saying: "Maternal love is the love that's going to change the future of mankind."

Trudeau waved his hand and interjected with: "We like to say peoplekind, not necessarily mankind. It's more inclusive."

The remark triggered a segment on U.S. President Donald Trump's favourite TV shows Tuesday ahead of the prime minister's visit to the U.S. in hopes of selling Canada's virtues stateside.

Fox and Friends was among the mainstream media outlets that seized the exchange, which has been ridiculed globally on the right side of the political spectrum.

British TV broadcaster Piers Morgan called Trudeau a "Chief PC Plonker," accusing him of killing off mankind. Australian columnist Rita Panahi called him the "Kim Kardashian of political leaders; an all-style, no-substance himbo with all the depth of a puddle."

During a testy question period exchange Tuesday, the Conservatives' deputy leader, Lisa Raitt, urged the prime minister to "person up."

Fox and Friends devoted a segment to the term featuring University of Toronto Prof. Jordan Peterson, who has gained notoriety for steadfastly refusing to use gender-neutral terms, turning him into something of a celebrity on the right.

The show is known to be among Trump's favourites, and he often posts tweets in direct response to what they are reporting. On Tuesday, however, the president appeared to be holding his thumbs.

The two leaders are not scheduled to meet during Trudeau's four-day trip to the U.S. this week.

He begins in Chicago, where he's pitching the benefits of progressive trade in a region that's seen deals like NAFTA take away stable and solid Midwest jobs. 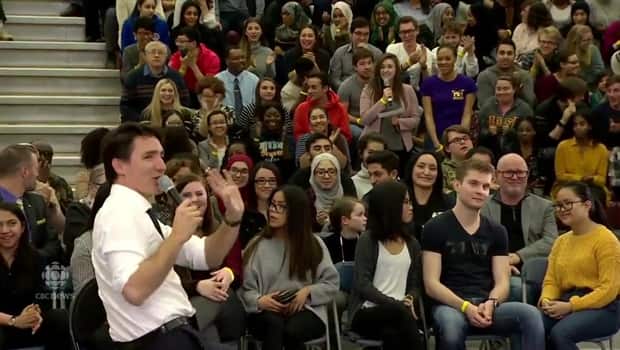 3 years ago
0:19
During an Edmonton town hall a woman used the term mankind, Trudeau corrects her to say "peoplekind." He later apologized for the "dumb joke." 0:19