Manitoba Premier Brian Pallister emerged from a meeting with Prime Minister Justin Trudeau saying he's prepared to present a modified climate change plan that could include a carbon tax, but he wants the federal government to respect and recognize his province's record on environmental protection.

Manitoba Premier Brian Pallister emerged from a meeting with Prime Minister Justin Trudeau Monday, saying he's prepared to present a modified climate change plan that could include a carbon tax, but he wants the federal government to respect and recognize his province's record on environmental protection.

"Political science is fine before an election. Now let's talk environmental science. We're prepared to be measured on our green plan, and we want acceptance of our made-in-Manitoba green strategies. We want the respect we deserve as a province."

Pallister said he will continue to have a dialogue with the federal government about Manitoba's strategy, and that he is prepared to modify the provincial plan that could include a carbon price "of some kind."  He declined to provide details, but said he prefers it would be "flat and low like the prairie horizon."

Deputy Prime Minister and Intergovernmental Affairs Minister Chrystia Freeland said while Manitoba and the federal government might not share the same perspective on the right approach to tackling climate change, there is much respect for the province. 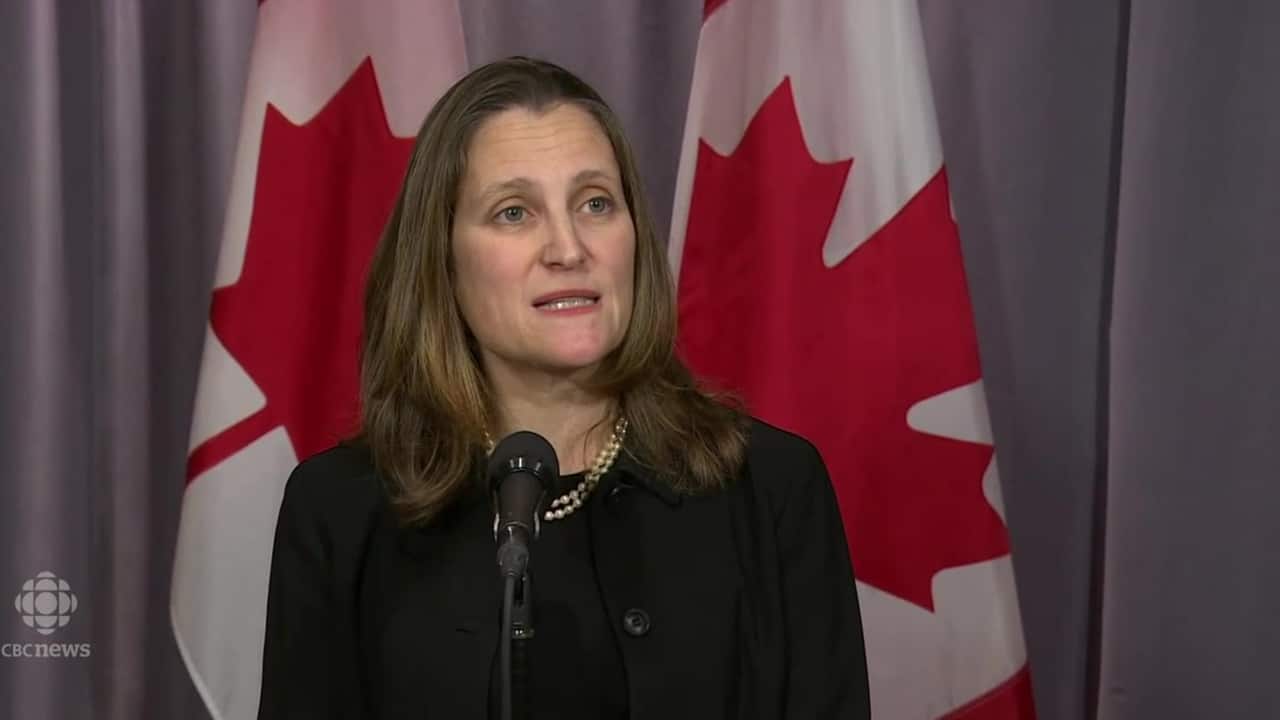 Freeland says she and PM have great respect for Pallister

1 year agoVideo
1:17
Deputy PM Chrystia Freeland says that there is great respect for Manitoba Premier Brian Pallister, and that she is encouraged by his willingness to find an acceptable approach to dealing with climate change. 1:17

When it comes to climate change, Freeland said the government was open to hearing Pallister make the case for his approach, and to understand the rationale behind it. There will be ongoing conversations with the province on the issue, she said.

Environment and Climate Change Minister Jonathan Wilkinson pointed out that New Brunswick put a price on pollution that met the federal benchmark and was therefore permitted to implement its own price.

"The same thing would hold true here in Manitoba if in fact the government determined that they wanted to implement a Manitoba-based price on pollution that met the federal benchmark," he said during a funding announcement event in Winnipeg.

The Liberal cabinet retreat began its second day in Winnipeg Monday with the meeting between Trudeau and Pallister to talk about public safety, flood protection and the thorny topic of the federal carbon tax.

The location of the retreat in the Manitoba capital, considered the gateway to the West, is considered strategic for a government working to ease tensions with the West.

'The intention is real'

Various ministers, including Freeland, have been making outreach efforts to build bridges with western provinces.

"The outreach is good, it's noble, and I think the intention is real," Pallister said. "But you'll measure the effectiveness, as you should, by results. By achievements."

Freeland said she has travelled to seven provinces so far, and plans to visit the others plus the territories soon. Her takeaway is that Canadians love Canada and have a great commitment to pulling together to keep Canada united at a time of global instability.

The Liberals were shut out of Saskatchewan and Alberta in the Oct. 21 federal election, largely due to voter dissatisfaction there over the carbon tax and the lack of progress over a pipeline being built. Trudeau has since promised to listen, reach out and address those concerns to calm the rising sentiment of western alienation.

Yet the competing objectives of making climate change action a priority, while promoting a pipeline is proving to be a challenge.

After delivering a briefing to cabinet Sunday, Ian Anderson, chief executive of Trans Mountain Corp., was asked by reporters how Canadians might feel about the government's apparently contradictory objectives.

Anderson replied that while there must be action on climate change, measures are also needed to promote economic development and trade.

'Why not from Canada?'

"The oil that we're going to move in this pipeline is going to be consumed," Anderson said. "It's going to come from somewhere. Why not from Canada?

Anderson said the Trans Mountain pipeline project is under construction in Alberta and British Columbia, employing roughly 2,700 people. About 10 per cent of those employees are Indigenous, and there is also contract work underway with other Indigenous companies, he said.

"We hope that will be a real success story of the project once we're completed," he said, adding that the scheduled completion date is in 2022.

Inside the cabinet room, Public Safety Minister Bill Blair is scheduled to update ministers Monday on the government's plans to bring in gun control measures. The Liberals have promised to allow municipalities to ban handguns, and to prohibit certain types of military-style assault weapons.

Last month, Blair said a list of those prohibited weapons would be released "as quickly as possible."