Both the premier of Saskatchewan and the opposition parties in the House of Commons attacked Prime Minister Justin Trudeau again Wednesday over his government’s efforts to buy and distribute COVID-19 vaccines.

Both the premier of Saskatchewan and the opposition parties in the House of Commons attacked Prime Minister Justin Trudeau again Wednesday over his government's efforts to buy and distribute COVID-19 vaccines.

"I was very concerned and frankly, quite troubled to hear the prime minister's comments yesterday that Canada may be at the back of the line when it comes to receiving a vaccine," Saskatchewan Premier Scott Moe said at his daily briefing Wednesday.

"This is quite the opposite of the assurances that the prime minister has been providing us as Canadians for a number of weeks and even a month or two."

Trudeau explained Tuesday that while his government has signed advance purchase contracts with seven companies to provide Canada with more than 350 million doses of vaccines — ensuring a supply from whichever vaccine is proven to work — Canada simply does not have the ability to manufacture a COVID-19 vaccine in-country the way the U.S., U.K. and Germany do.

"Our government has worked hard to secure tens of millions of doses, so we're prepared once a safe, effective vaccine is ready for Canadians," Trudeau said Tuesday. "We're looking forward to being able to vaccinate Canadians in the coming months."

That explanation did little to calm Conservative concerns in the House as Trudeau was pressed by the opposition for answers on when vaccines would arrive and the government's plan is for distributing them. 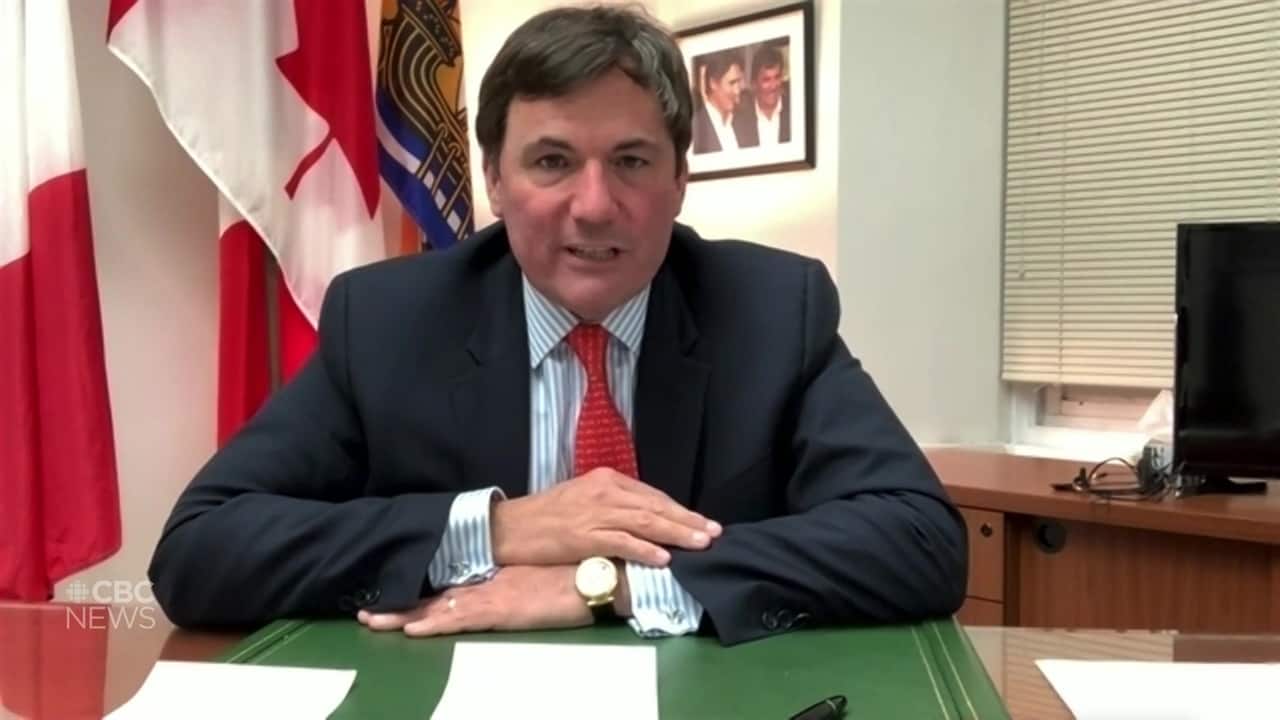 "Did you even bother to negotiate the right for Canada to manufacture these vaccines at home? Did you? Do we have the ability to do this and when are Canadians going to get these vaccines?" asked Conservative MP Michelle Rempel Garner.

Trudeau replied that Canada has the best portfolio of potential vaccine contracts of any country in the world and blamed the Conservatives for Canada's inability to produce COVID-19 vaccines domestically.

Intergovernmental Affairs Minister Dominic LeBlanc told CBC News Network's Power & Politics that none of the vaccines that have shown promise so far has been approved by regulators in Canada, Europe or the U.S., but he would be talking to the premiers on Thursday about the government's plans to roll them out.

"We're going to talk about vaccines and we're going to be explaining to Canadians in the coming days and weeks the plan that has been developed over many, many weeks and months with provinces and territories as to how we're going to quickly, safely and effectively vaccinate Canadians," LeBlanc told host Vassy Kapelos.

He said the premiers would also be briefed on the contracts that the federal government has signed and when they can expect those vaccines to arrive in their provinces.

"The contracts say that we will start to receive the first doses of these vaccines in January and it will ramp up over the months of 2021," Leblanc said.

"We will have well before that, that logistical plan with provinces and territories," he added.