As economic tensions rise in Western Canada over the slump in the oil sector, Bloc Québécois Leader Yves-François Blanchet is warning the region it should expect no help from him — and saying that he still wants Quebec to be its own country.

As economic tensions rise in Western Canada over the slump in the oil sector, Bloc Québécois Leader Yves-François Blanchet is warning the region that it should expect no help from him — and saying that he still wants Quebec to be its own country.

Speaking after a meeting with Prime Minister Justin Trudeau in Ottawa Wednesday morning, Blanchet was asked about the push for independence in the West and whether he would consider setting a more collaborative example in Ottawa.

"I doubt it, because I still believe that Quebec will do better when it becomes a country," he said. "So I'm not the one that will fight to have a nice, beautiful and united Canada."

Trudeau's meeting with Blanchet is the latest in a series of meetings between the PM and opposition leaders as the Liberal minority government prepares for a new session of Parliament. 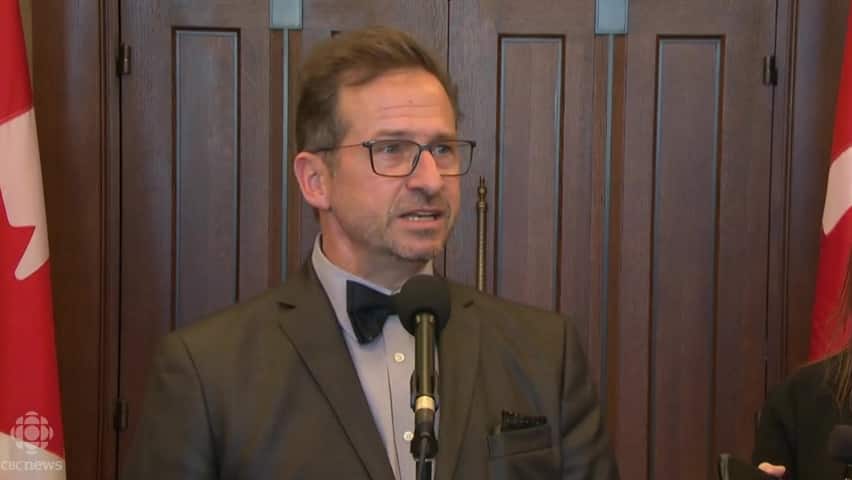 Blanchet still believes Quebec will do better as its own country

1 year agoVideo
0:56
Bloc Québécois Leader Yves-François Blanchet says that he is not the best person to advise western Premiers about separation because he is not in favour of them trying to create an oil state in western Canada. 0:56

Blanchet was also asked if he has any advice to offer those pushing for western independence.

Blanchet said he will continue to fight, through national and international channels, the idea of "obsessively" extracting oil.

Alberta Premier Jason Kenney shot back at Blanchet's comments, saying Quebec should not reap the financial benefits of Alberta's oil sector if Quebecers are so opposed to its existence.

"If you are so opposed to the energy that we produced in Alberta, then why are you so keen on taking the money generated by the oilfield workers in this province and across western Canada?" he said. "You cannot have your cake and eat it too. Pick a lane."

Alberta Premier and Bloc leader spar over money and oil

1 year agoVideo
2:03
Premier of Alberta Jason Kenney hits back against Bloc leader Yves-François Blanchet's position on Canada's oil and gas sector, saying if Quebec doesn't want to support the industry it shouldn't accept equalization payments. But Blanchet points out that is not the way equalization payments work. 2:03

Blanchet did not say much about Quebec separation during the campaign. He did say that, in Parliament, he would continue defending Quebec's interests.

"We are people who are convinced that one day Quebec will take on the attributes of sovereignty," Blanchet said on the final day of the campaign.

"But that's not the mandate of this election. We've been saying it for five weeks."

The Bloc surged during the campaign, going from 10 seats prior to the election to 32 afterward.

Parliament is set to convene on Dec. 5, when MPs will elect a House Speaker and a throne speech will outline the government's priorities for the session.

Blanchet said he wants that speech to be a "source of solutions" that will benefit Quebecers, but he expects it to be more about principles than details.

"What has been discussed strongly that a lot of the issues will be consensual," he said.

"We'll also have conversations in which we disagree, but it will be done in respect, because I think Canadians expect the different parties in Parliament to work together constructively, and that's exactly what I intend to do," he said.

Asked about climate change action after the meeting, Blanchet said he is open to discussing initiatives to cut emissions.

"However, each and every time we have the duty to remind this government that they are also promoting the extraction, exportation, consumption of oil throughout the world, which is destroying the effect of what they are trying to do on the other end," he said, referring to the Trans Mountain pipeline expansion project.

"So it's a matter of being relevant and coherent not to support oil when you want to reduce the effects of climate change."

In addition to the issues Trudeau mentioned, Blanchet said health transfers and seniors' health care will be priorities for his caucus. He also called for a renewed commitment to improve decorum in the House of Commons.

"Politely, peacefully ... with the only consideration of getting some progress on the issues which have been made important by the people during the last election," he said.

The Liberals failed to secure the 170 seats needed for a majority government, which means they must win support from other parties to pass legislation and retain the confidence of the House of Commons.

The meeting with Scheer lasted less than 30 minutes. The Conservative leader left with a call for the Liberals to act urgently to address mounting frustrations and economic anxieties in Western Canada.

The Liberals were shut out in Alberta and Saskatchewan on election night last month, losing cabinet ministers Ralph Goodale and Amarjeet Sohi.

On Tuesday, Moe said he left his meeting with Trudeau disappointed, as the prime minister rejected his request for a "pause" in the federal carbon tax until Saskatchewan can prove its own emissions reduction plan is yielding results.

Alberta Premier Jason Kenney recently warned of a "hostile situation" between the federal and provincial governments, accusing the Liberals of campaigning against his province and the energy industry in the federal election.

Trudeau is likely to find more willing allies, at least on some issues, in Blanchet and the NDP's Jagmeet Singh.

The prime minister is set to meet with the NDP leader on Thursday. 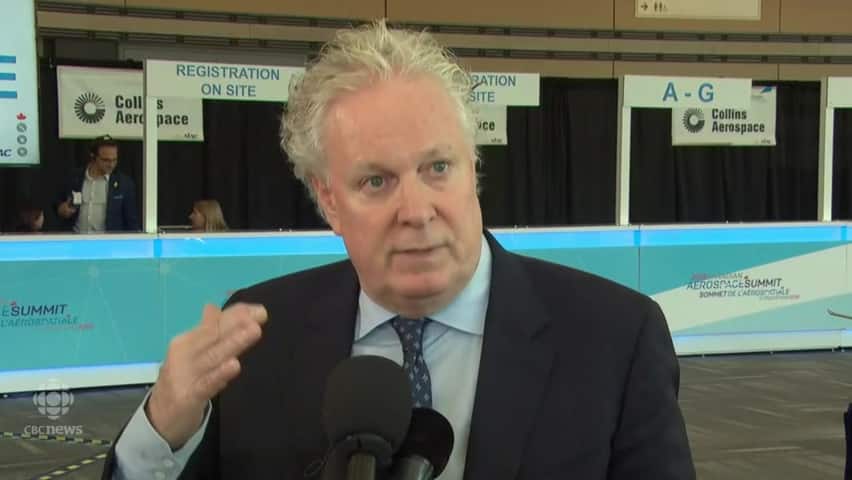 Charest says Trudeau will need to practice 'the art of governing'

1 year agoVideo
1:19
Former Quebec Premier Jean Charest says that minority governments can be very productive and that PM Justin Trudeau will need to balance the regional differences that are part of life in Canada. 1:19

Speaking to reporters in Ottawa ahead of that meeting, Singh said he wants to see commitments to health care, pharmacare and dental care, and concrete steps to tackle climate change, in the throne speech.

Losing a vote on the throne speech could mean a loss of confidence in the government — which could trigger another election or give the opposition Conservatives an opportunity to ask the Governor General for a shot at forming a government. But it's not yet clear whether there will be a vote on the speech.

In Ottawa for a conference on the aerospace industry, former Quebec premier and Progressive Conservative MP Jean Charest said regional divisions are to be expected in a country like Canada, with a vast territory and very diverse population. He said Canadians still hold many values in common.

"This is going to be the art of governing for Prime Minister Trudeau in a minority government," he said.