The Canadian government says it's ordering millions of masks and thousands of ventilators to cope with the country's rapidly increasing number of COVID-19 cases.

"We know that the demand for critical equipment and supplies will grow in the coming weeks, so we need a sustainable, stable supply of these products," Trudeau said this morning.

"And that means making them at home and we're optimistic that they will be available in the coming weeks."

Public Services and Procurement Minister Anita Anand said the government ordered 60 million N95 masks — a type of mask designed and fitted to filter out particles that carry the COVID-19 virus — which will begin arriving this week.

The federal government also has ordered close to 1,570 ventilators and more than a million COVID-19 test kits. 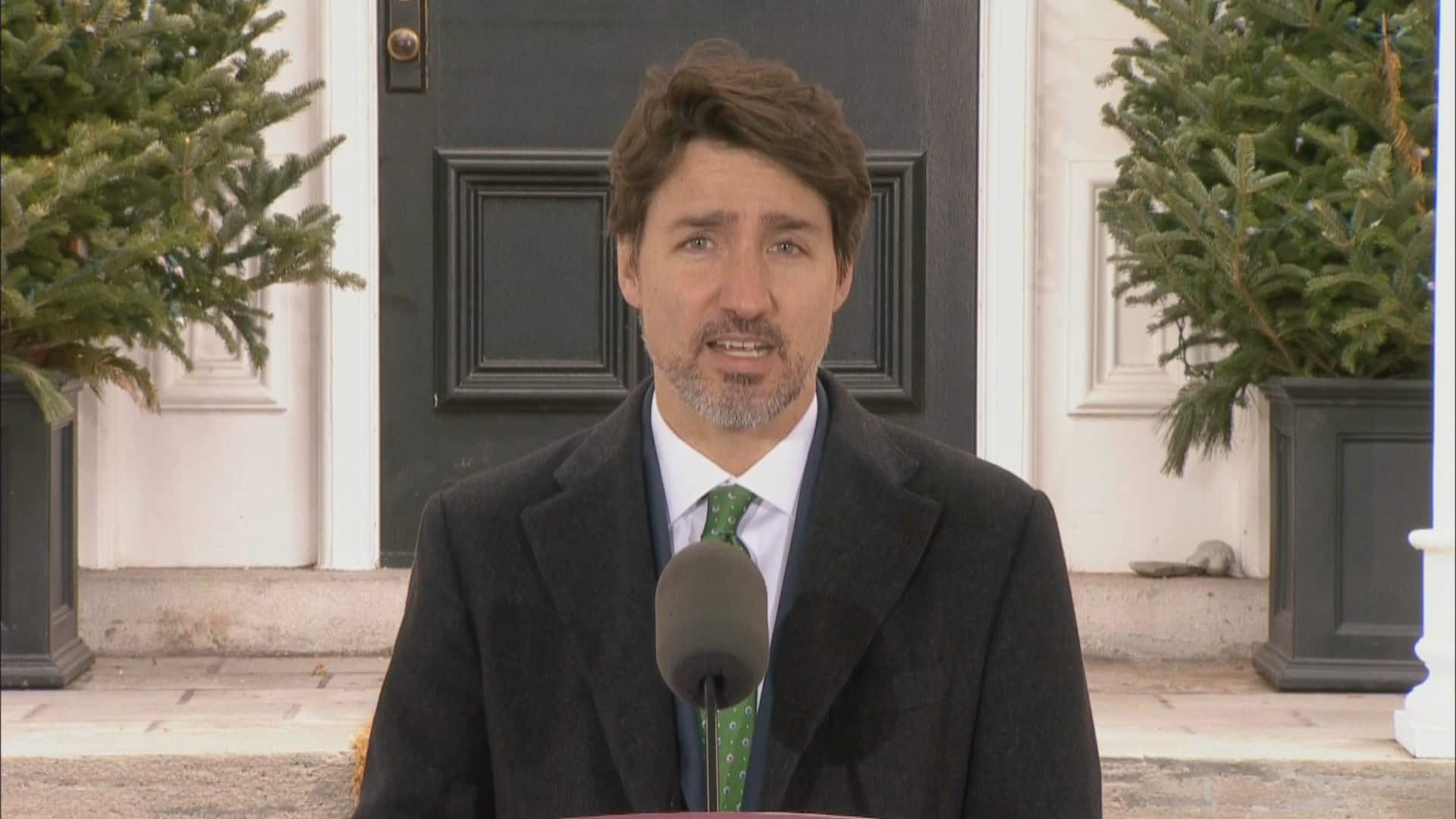 11 months ago
1:18
Prime Minister Justin Trudeau says the government is focusing on made-in-Canada procurement to obtain ventilators, surgical masks, test kits and other medical supplies to cope with Canada's increasing COVID-19 cases in the coming weeks. 1:18

Anand said the government also is trying to secure an additional 4,000 ventilators — a crucial piece of equipment in a battle against a disease that attacks the lungs and can make it difficult for people to breathe on their own.

"This is all hands on deck," she said Tuesday. "Our government is leaving no stone unturned."

As part of the deal, Toronto-based Thornhill Medical is making 500 mobile compact ventilator systems and expects to have them out the door in early April.

"We are honoured to provide our Canadian-made ventilator system to support Canadians and our health care system in its efforts to fight COVID-19," said Thornhill Medical CEO Lesley Gouldie.

"The entire world is trying to get its hands on the various equipment needed to fight this virus. That is why we know that it will be important to have made-in-Canada solutions," he told reporters.

As part of today's announcement, Trudeau said the government is allocating $2 billion to buy protective personal equipment in part through bulk purchases with the provinces and territories. 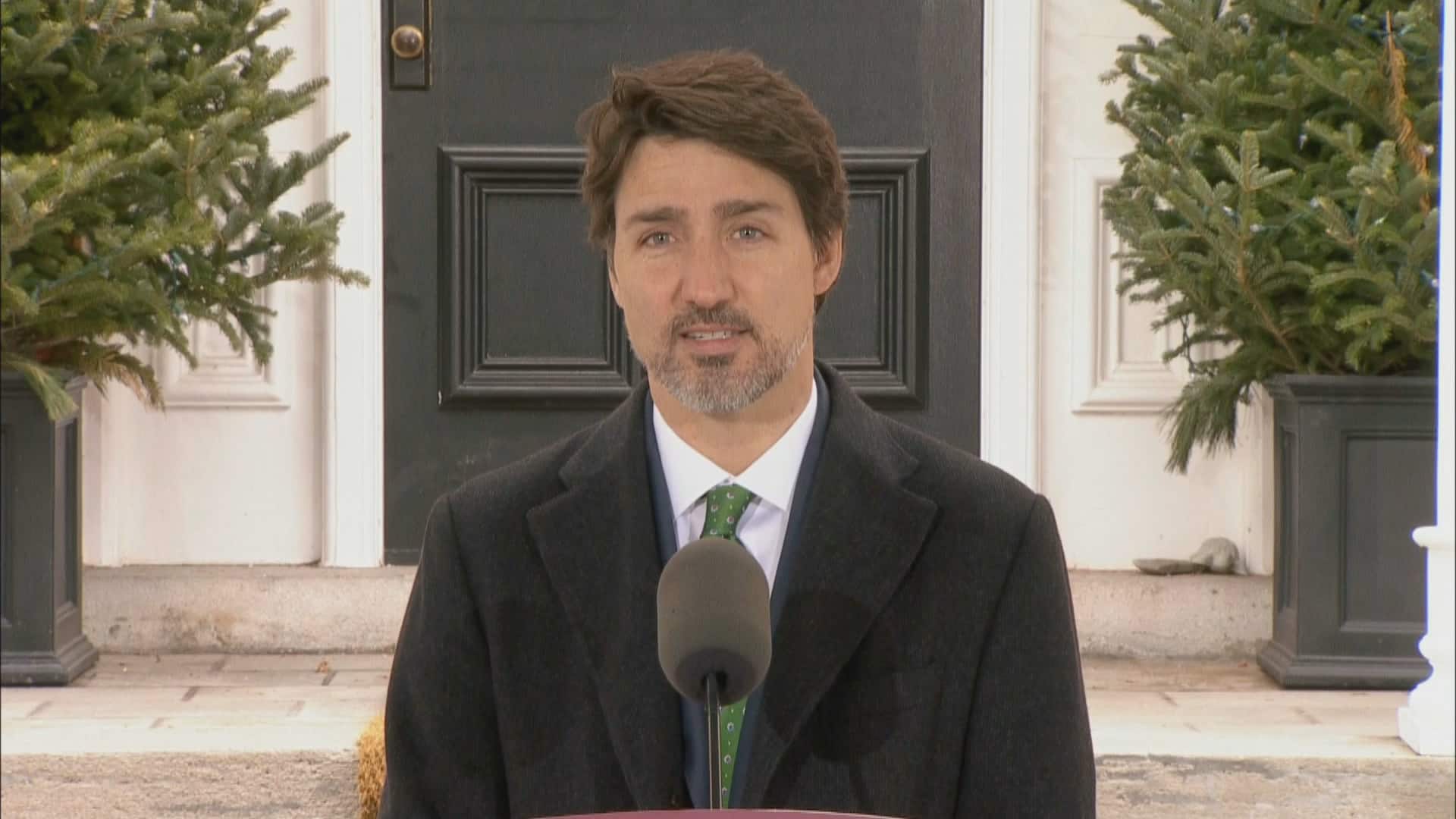 11 months ago
2:14
Prime Minister Justin Trudeau says his government has signed deals with three Canadian companies and allocated $2 billion to make medical supplies over the coming weeks to cope with the country's rapidly increasing number of COVID-19 cases. 2:14

On March 20, the federal government announced its intention to provide monetary support to manufacturers that can retool their assembly lines to make ventilators, masks and other personal protective gear, and to help those already making such products quickly scale up manufacturing capacity.

Trudeau said close to 3,000 companies have reached out to offer their help since then.

"This is a priority for our government and we will continue to source new solutions every day," he said in his prepared remarks. 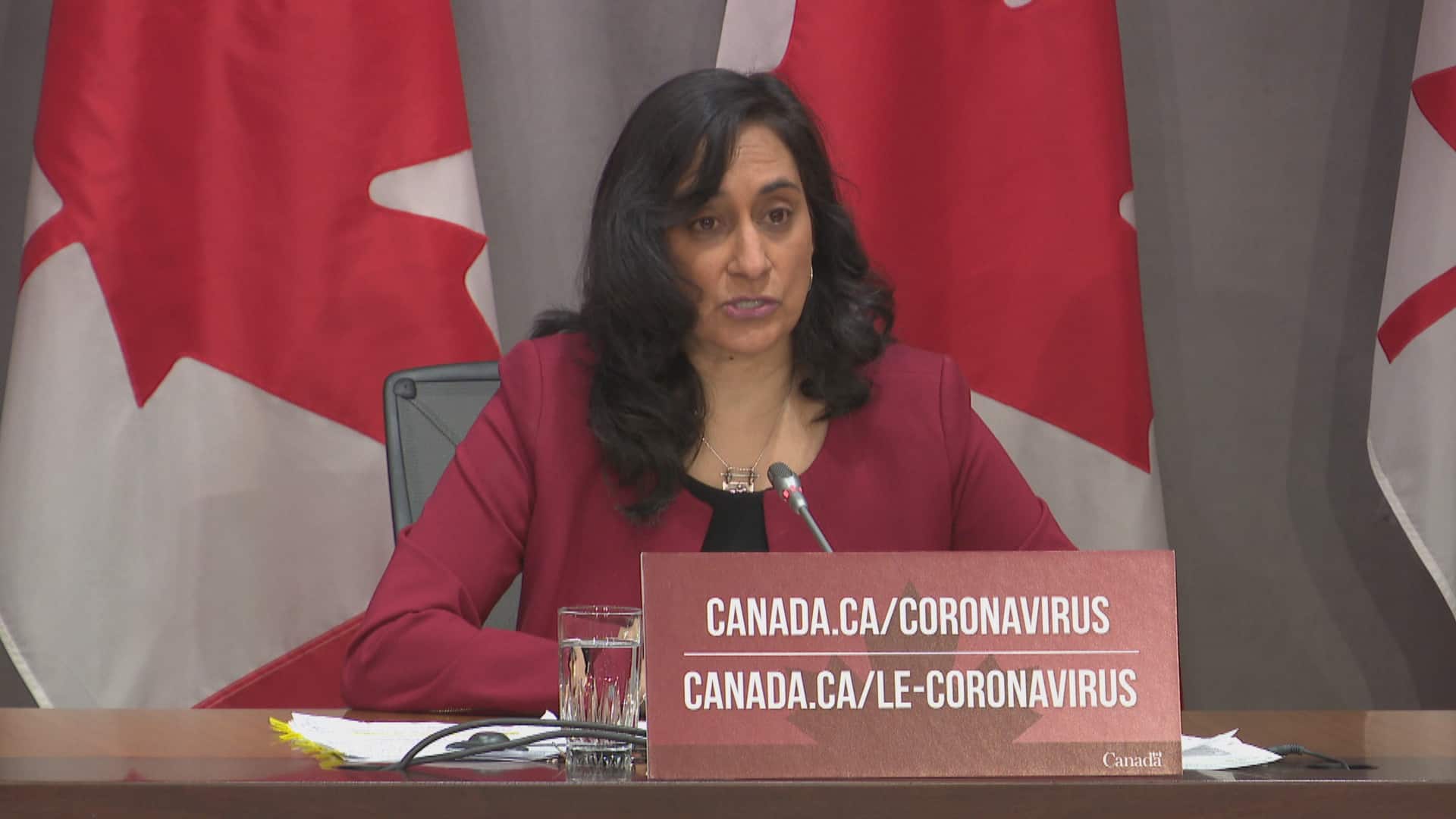 "We are expecting shipments to come in in the coming days and we will continue to work tirelessly to get these supplies to where they're needed."

Trudeau said more supplies likely will be needed — but how much will be up to Canadians themselves.

"We will need more masks, ventilators and testing kits, but how many more we need depends entirely on you," he said.

"If you stay home and follow public health recommendations, you can slow the spread."

"I think this will be a certain sigh of relief coming to the thousands of health care workers that we have right here in Hamilton Centre," said Matthew Green, NDP MP for Hamilton Centre. He said Canada is starting to see more instances of front line workers being exposed to COVID-19 in emergency rooms and long-term care facilities.

"This is a significant step forward. We're talking about literally millions of products being harnessed and distributed throughout our health care system," he said. "This is very much like an emergency war measures moment in Canadian history, where everybody is going to have to pull together to ensure that we have all the resources we need to fight this."

Kelly Block, the Conservative critic for procurement, said her party will continue to press the Liberal government for clear timelines on the delivery of equipment.

"Canada has an immediate need for medical equipment in order to fight COVID-19," Block said. "This has been made clear by doctors, nurses, and other medical professionals across the country. The Liberals need to ensure that these frontline health care heroes have what they need to help and treat Canadians during the COVID-19 pandemic."

Trudeau's announcement comes a day before China rolls out a new export regime governing how the personal protective equipment it manufactures can be shipped abroad.

According a Chinese Ministry of Commerce statement issued today, starting April 1 Chinese exporters have to make masks, ventilators, gowns, face shields and other pandemic equipment to the standards of the country where the goods are being shipped.

Omar Allam, a consultant on international trade and a former Canadian diplomat, is awaiting more details about the new regulations but said he has concerns about bureaucracy slowing down the worldwide distribution of badly-needed protective gear.

"The concern on one side is it's going to delay shipments. Manufacturers will need to meet very strict guidelines in order to export [personal protective equipment] products such as masks and face shields that are in high demand," Allam told CBC.

"On the flip side, it is viewed as a positive signal by the international community that the Chinese government is taking it very seriously and cracking down on shady manufacturers and suppliers."

The European Commission, dealing with a huge spike in its caseload, moved on March 15 to limit the export of personal protective equipment to countries outside the EU.

Under EU rules, the export of any personal protective gear to countries outside the EU has to be approved by member states "to ensure that vital equipment is available to those who need it most, throughout the EU," says a European Commission statement.

Special provisions were later added to allow the export of this equipment to countries with unique economic and customs relationships with the EU, such as Iceland, Norway and the Vatican.