Meat prices could go up now that a massive processing plant in Alberta has temporarily shut itself down following a COVID-19 outbreak — but it's not likely to lead to a domestic shortage, Prime Minister Justin Trudeau said today.

Meat prices could go up now that a massive processing plant in Alberta has temporarily shut itself down following a COVID-19 outbreak — but it's not likely to lead to a domestic shortage, Prime Minister Justin Trudeau said today.

"We've heard from Canadian beef producers and associations that the priority will be ensuring Canadian supply before they move to exporting. Much of our beef is exported," he told reporters during his daily news briefing this morning.

"But right now the priority will be on domestic supply. We are not, at this point, anticipating shortages of beef, but prices might go up. We will, of course, be monitoring that very, very carefully." 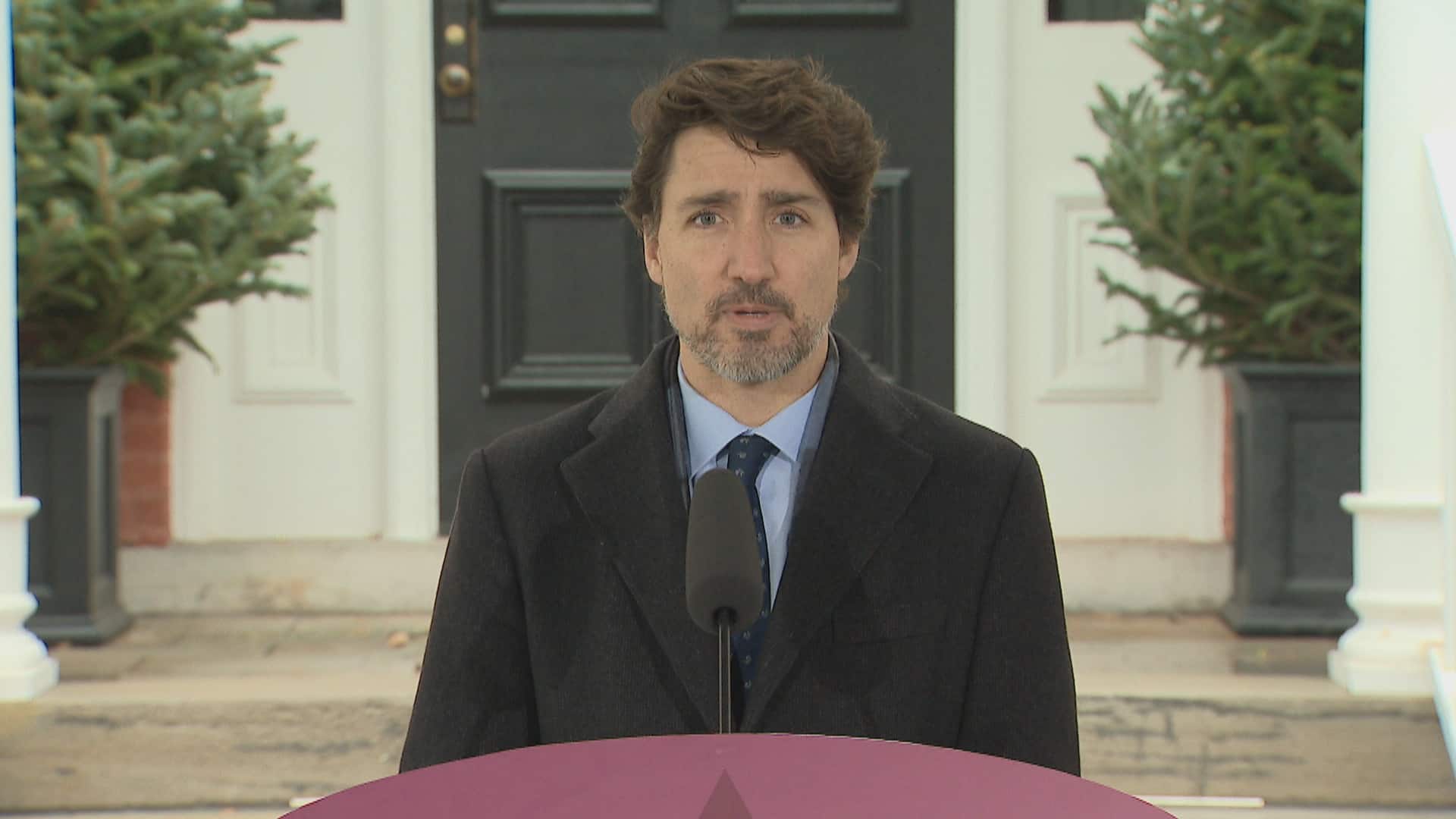 The Cargill plant south of Calgary announced Monday it will shut down temporarily after one worker there died and more than 484 people fell ill following a surge in novel coronavirus cases.

The High River plant processes about 4,500 head of cattle per day — more than one-third of Canada's beef-processing capacity.

Employees at the facility have accused the company of ignoring physical distancing protocols and trying to lure them back to work from self-isolation. The company said in a statement it was a difficult decision to close the facility.

"We know that it is extremely important to do everything we can to keep Canadians safe, to keep workers in all industries across this country, essential or not, as safe as we possibly can and I'm pleased to see measures being taken to reflect on how to keep people safe," said Trudeau.

The issue was raised during a call between federal and provincial agriculture deputy ministers earlier today, according to a government official who was briefed on the call but is not authorized to speak publicly about it.

The source said there are fears the meat processing situation will worsen now that the JBS meat plant in Brooks is also reporting a spike in cases. On Monday, Alberta Chief Medical Officer of Health Dr. Deena Hinshaw said 67 workers at that plant have now tested positive, up from three cases last week.

Part of problem is working conditions which put plant workers in close proximity with each other, said the source. It's also an issue for plant workers at home, the source said, since many employees at the plants are new immigrants who live in communal housing and carpool.

Some people in those large households also worked in long-term care facilities in the Calgary area, compounding the problem, Hinshaw said.

Health Minister Patty Hajdu said earlier today the government is looking at supports it can offer the industry.

"This is a really, really important conversation, actually, not just obviously for the illness of the workers, which is difficult enough and in fact one worker has already died, but also for the sustainability of the food chain," she said.

"We're going to continue that work in a very quick fashion to make sure we can understand how best to support, not just the plants, but also the farmers behind the plants who are in a very difficult situation now as the capacity to actually process beef is reduced significantly."

The outbreak at the Cargill plant is the largest flareup in Alberta. As of Monday afternoon, Alberta had 2,908 confirmed COVID-19 cases.

Hinshaw said of the 484 cases now linked to the plant, 360 of those cases are Cargill workers and the remaining 124 cases are people who came into contact with those workers.

In March, production was temporarily halted after one worker at Harmony Beef in Balzac tested positive. Hinshaw said last week that the situation at that plant north of Calgary was under control.

Meanwhile, the Olymel hog slaughter and cutting plant in Yamachiche, Que., reopened last week after shutting down for two weeks following an outbreak among employees there.

With files from CBC Calgary