The Liberal government is open to "constructive suggestions" on implementing a contentious new law overhauling the environmental assessment process for major resource projects — but it has no plans to scrap or amend the legislation itself.

The Liberal government is open to "constructive suggestions" on implementing a contentious new law overhauling the environmental assessment process for major resource projects — but it has no plans to scrap or amend the legislation itself.

Bill C-69, which lays out rules for how major infrastructure projects are reviewed and approved in Canada, has been the source of intense frustration in Western Canada. Many worry it will devastate an oil industry already struggling with constrained pipeline capacity.

Premiers and pro-pipeline advocates have called on the government to kill the legislation, but newly appointed Environment Minister Jonathan Wilkinson said that idea is a non-starter.

"We're open to a discussion around how we best implement the act. That's what we're open to, not amending the law," he said after the first meeting of the new cabinet in Ottawa today. 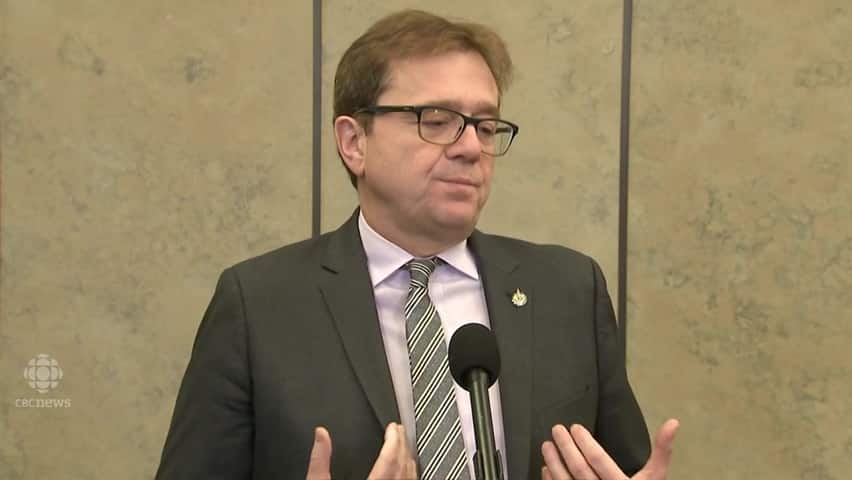 11 months ago
0:37
Environment Minister Jonathan Wilkonson says the government is willing to hear suggestions regarding implementation of their Impact Assessment Act, but they won't reopen the legislation. 0:37

He said the government will consult with primary stakeholders as it moves to implement the new law, which was passed by Parliament in June 2019. That input will help shape the regulations and policies that enable the legislation, he said.

"We are open to constructive suggestions from all sectors and we will be moving forward with those discussions as we look to implement the bill," Wilkinson said.

Earlier today, Prime Minister Justin Trudeau sat down with two of Canada's big-city western mayors in Ottawa — part of a broader bridge-building effort to deal with growing political frustrations in the West.

Nenshi said it was important to have a "frank conversation" with the prime minister.

"The feelings in the West are rooted in something very real," he said after the meeting. "It's not a blind anger or a dislike of Confederation. It's really rooted in very real concerns that people have."

Nenshi said Calgarians have always been "secretly proud" of the fact that, through their prosperity, they've been able to help Albertans and other Canadians achieve their dreams.

Now, he said, the city has undergone a marked rise in unemployment that he called "pretty jarring."

While he thinks the western separation movement dubbed Wexit is "idiotic," Nenshi said the movement is rooted in strong feelings of alienation in the region. He said he called on Trudeau to not just change the narrative, but to take real action to help the region and to understand that the country doesn't succeed if the West doesn't succeed.

Nenshi said Trudeau showed an openness during the meeting to the idea of tweaking C-48 and C-69 – two pieces of legislation related to environmental protection that affect resource development. Both laws have been the focus of intense anger among pipeline advocates. 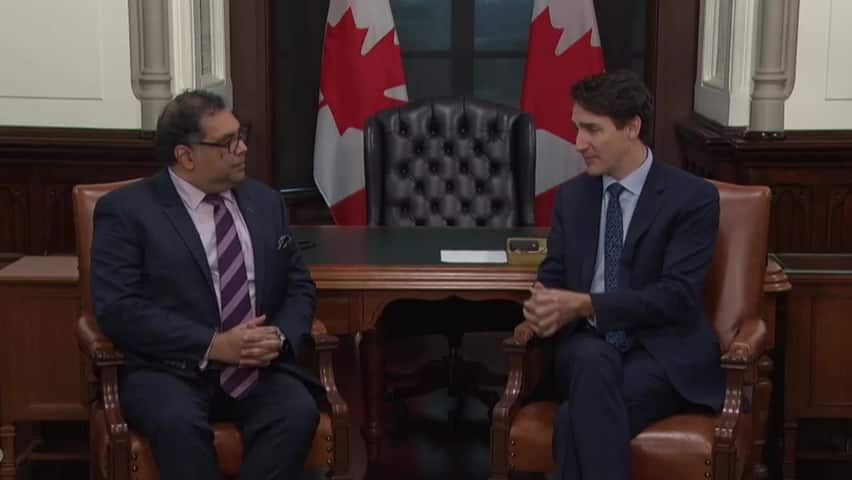 11 months ago
1:39
Calgary Mayor Naheed Nenshi sits down with Prime Minister Justin Trudeau to talk about how the federal government can help support people in his city. 1:39

Nenshi said Trudeau showed interest in "improving the system," but did not provide any specifics. The mayor vowed that he will continue to be a thorn in the prime minister's side until the "flawed" legislation is changed.

The PMO said the government is open to suggestions on implementing the legislation but does not intend to change the substance of the legislation itself — which it said went through a broad consultation process calling on various stakeholders.

Before the meeting, Trudeau said he and Nenshi had much to discuss regarding infrastructure and economic opportunities for Alberta.

"Obviously (there are) some real challenges facing communities across Alberta, particularly Calgary, but as you know the federal government is very much there to be a partner and to make sure that we're growing the economy in ways that work for everyone," Trudeau said.

After his meeting with Trudeau, Stewart said Vancouver's most pressing goals are reducing opioid overdose deaths and boosting affordable housing and transit services. He said B.C.'s agenda is being derailed by the recent focus on the frustrations felt in Alberta and Saskatchewan. 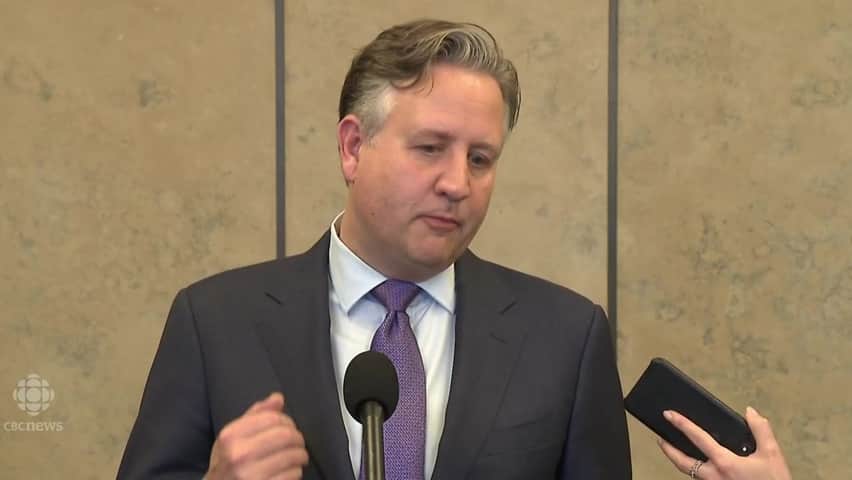 11 months ago
1:12
Vancouver Mayor Kennedy Stewart says all of the talk of western separation isn't helping cities like his deal with bigger issues like transit and opioids. 1:12

"I feel like we're being a little hijacked by Alberta's agenda. In British Columbia, we want to get these things rolling."

Stewart said he wants to ensure projects still get off the ground under a minority federal government.

Olive branch to the West

The meetings are part of Trudeau's efforts to extend an olive branch to the West after the Liberals were shut out in Alberta and Saskatchewan, and lost support in British Columbia and Manitoba, in the recent federal election. 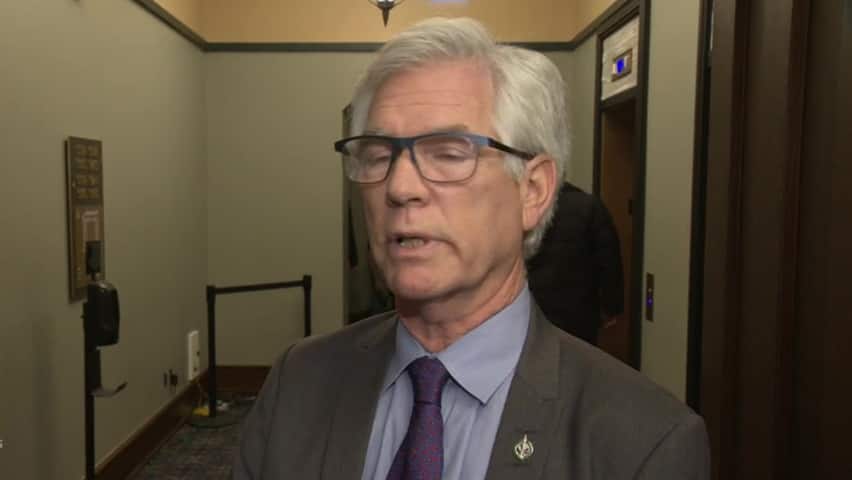 11 months ago
0:25
The new special representative for the Prairies, Jim Carr, arrives on Parliament Hill for the first cabinet meeting and outlines his priority. 0:25

Carr said the western provinces have great capacity and potential, and the energy needed to succeed. He said residents of those provinces sent the Liberals a loud message during the election: that the federal government needs to do a better job of listening to their concerns.

"The objective is that we have a strong western Canada in a united Canada. I think that's my mandate and I'm very keen to get going," he said.

Former Liberal prime minister Jean Chretien, speaking briefly to journalists on Parliament Hill earlier today, downplayed the divisions in the West and said that prime ministers represent all Canadians, not regions. Chretien recalled how he recently tried to explain during a public event why Trudeau's government bought the Trans Mountain pipeline.

"I said, 'It's difficult to explain, but he did that to try to sell oil from Alberta. And you said thank you to him,'" he said. 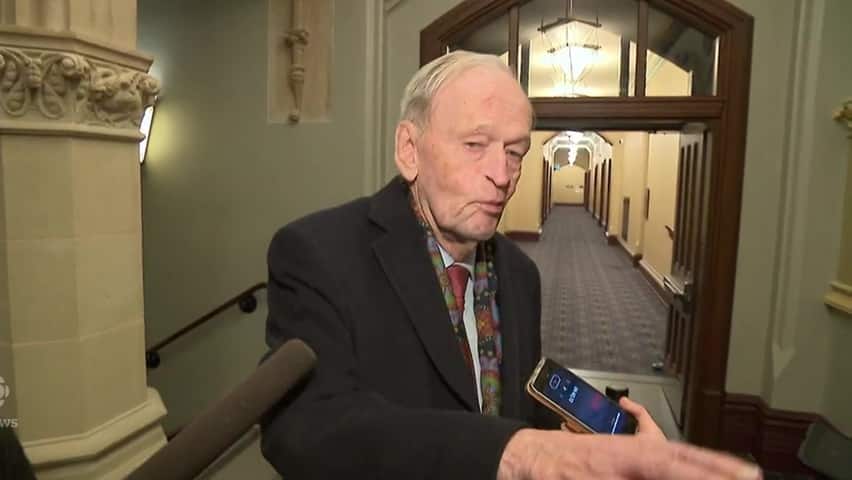 11 months ago
2:21
Former Prime Minister Jean Chretien was on Parliament Hill today and took a few minutes to regale reporters with his thoughts on the new minority government and on western alienation. 2:21

Trudeau is scheduled to meet with Ontario Premier Doug Ford in Ottawa Friday.

During the election campaign, Trudeau repeatedly referred to Ford, warning that Conservative Leader Andrew Scheer would impose deep cuts that would harm Canadians, as Ford had done.

Today, Ford announced the creation of a new Council on Provincial-Federal Relations, tasked with collaborating with federal counterparts on priorities such as infrastructure, health care and economic growth.

In a news release, Ford said the provincial government has a plan to build Ontario that includes working with the federal government.

"We are ready to work with the new federal cabinet to get shovels in the ground quickly on important projects, increase health care funding and create an environment where businesses and job creators can thrive."