Fresh from an electoral victory with a weakened grip on power, Justin Trudeau is now facing a backlash from portions of a divided electorate and a long list of demands from federal and provincial leaders.

The Liberal minority government will require wheeling and dealing with federal, provincial leaders

Fresh from an electoral victory with a weakened grip on power, Justin Trudeau is now facing a backlash from portions of a divided electorate and a long list of demands from federal and provincial leaders.

The Liberals won 157 seats in Monday's election, far short of the 170 required for a majority government. The party was completely shut out in Alberta and Saskatchewan — an electoral wipeout that cost the party two key cabinet ministers.

The minority means Trudeau must adopt a give-and-take approach to survive in the House of Commons, and must also find a way to fill a regional representation gap in the West.

In his victory speech in Montreal Monday night, Trudeau said he understood the growing frustration in the Prairie provinces, and promised to support them and govern for everyone across the country.

Today, Saskatchewan Premier Scott Moe issued an open letter via Twitter pointing out the Liberal minority did not win the popular vote and does not have a "clear mandate," as Trudeau had claimed.

"The path our federal government has been on the last four years has divided our nation. Last night's election results showed the sense of frustration and alienation in Saskatchewan is now greater than it has been at any point in my lifetime," Moe wrote.

Moe called for a "new deal" for Canada and said he's ready to meet with Trudeau at any time to discuss his demands: elimination of the federal carbon tax, a new equalization formula for Saskatchewan and Alberta, and a plan to build pipelines to get oil exports to international markets.

"Prime minister, you said you heard our frustrations and want to support us. We are ready for you to prove it," he said.

Throughout the campaign, Trudeau criticized several Conservative premiers by name, accusing them of imposing deep and harmful cuts, failing to tackle climate change and taking steps to limit abortion services.

"It's clear, based on the results last night, when you have two entire provinces completely reject the approach of this Liberal government, and when you look at how Justin Trudeau has attacked our energy sector, has ignored the concerns of Alberta and Saskatchewan and has demonized premiers who disagree with him ... the results last night speak for themselves," Scheer said during a news conference in Regina. 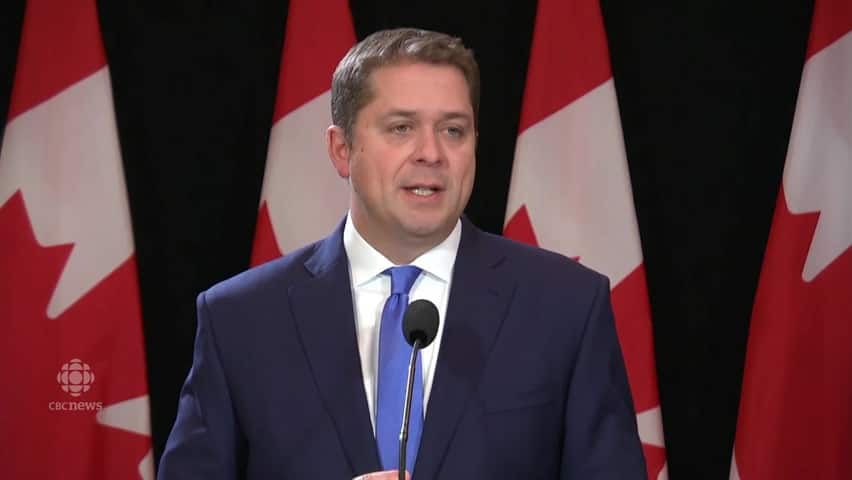 'Results last night speak for themselves'

1 year ago
1:07
Conservative Leader Andrew Scheer said the results of Monday night's election show that the country is more divided than ever. He spoke to reporters in Regina. 1:07

Peter Loewen, a political science professor at the University of Toronto, said Trudeau's options for ensuring regional representation are limited.

"He could appoint a senator from each province to cabinet, but that would backtrack on his principle of not having senators in caucus. He could appoint a cabinet minister from outside Parliament provided they committed to run in a byelection, but none are coming," he said by email.

"Or he could entice someone from another party to come over. But that won't happen. So, I suspect there is nothing he can do."

Surviving with a minority

Aside from the regional representation dilemma, Trudeau also must develop a strategy for advancing his legislative agenda with a minority government.

NDP Leader Jagmeet Singh has said he will work with the Liberals to push policy priorities that improve the lives of Canadians. He would not divulge details during a news conference in Burnaby, B.C. today, but said everything is on the table. 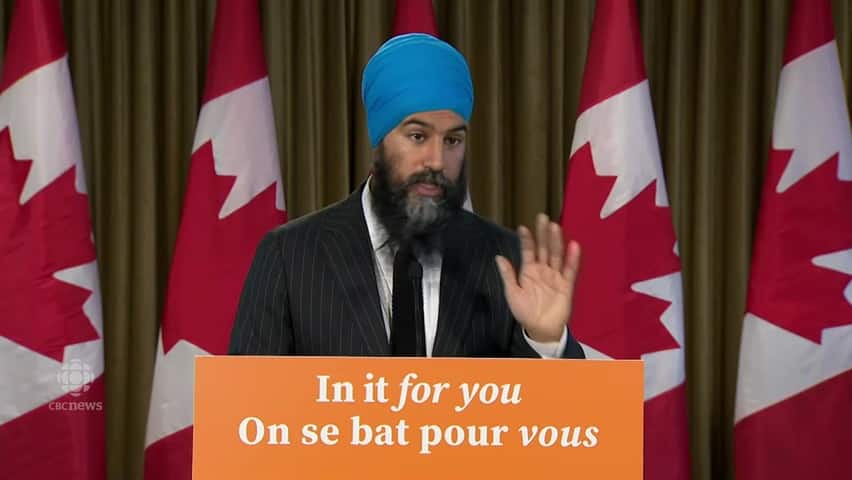 'Everything is on the table'

1 year ago
1:00
NDP Jagmeet Singh says it's too soon to say how he will negotiate with the Liberals to advance NDP priorities. 1:00

"I can say that much, that we are not ruling out anything, but we're not going to negotiate that here," Singh said.

"And what I can tell you is that our priorities are very clear. We've laid those out throughout the campaign, how we want to see investments in health care, we want to see housing more affordable, we want to help out students, we want real action on climate justice."

Bloc Québécois Leader Yves-François Blanchet said his party is prepared to use the "strong leverage" of its 32 seats in the House of Commons, but the burden is on the Liberals to make Parliament work.

"Mr. Trudeau has this duty," he said.

Trudeau held a meet and greet event with Montreal commuters this morning, but he does not have a news conference scheduled before Wednesday.

He did have a telephone conversation with Ontario Premier Doug Ford — an exchange the premier's office described as "positive and constructive" — about how they can work together.

"They discussed shared goals for the province and agreed to work collaboratively to move important projects forward," says a statement from Ford's office which cites Trudeau's support for a Toronto-area transit project.

"The Premier thanked the Prime Minister for his support of the Ontario Line and his recognition of this important project that will help end gridlock and get people moving across the Greater Toronto Area. The two leaders committed to sitting down to continue this discussion on their desire to work together for the betterment of the people they both serve."

Ford kept a low profile throughout the campaign, but Trudeau repeatedly raised his name at events, warning that premier's deep cuts would serve as a template for Scheer at the federal level.

I spoke to <a href="https://twitter.com/JustinTrudeau?ref_src=twsrc%5Etfw">@JustinTrudeau</a> &amp; congratulated him on his party’s reelection.<br><br>I underscored that the deep frustration expressed by Albertans is very real. National unity &amp; economic prosperity require a profound response. We must get pipelines built &amp; get a fair deal in the federation

Alberta Premier Jason Kenney also spoke with Trudeau today. Recapping the call on Twitter, Kenney said he congratulated the prime minister on his reelection, then "underscored that the deep frustration expressed by Albertans is very real."

"National unity & economic prosperity require a profound response. We must get pipelines built & get a fair deal in the federation," Kenney tweeted.

Two of Trudeau's primary tasks following the election are to craft a throne speech and select a new cabinet.