The Liberal government faces substantial work on the international stage before it can follow through on its promise to legalize marijuana.

The Liberal government will have to do substantial work on the international stage before it can follow through on Prime Minister Justin Trudeau's promise to legalize marijuana, new documents suggest.

That work will have to include figuring out how Canada would comply with three international treaties to which the country is a party, all of which criminalize the possession and production of marijuana. 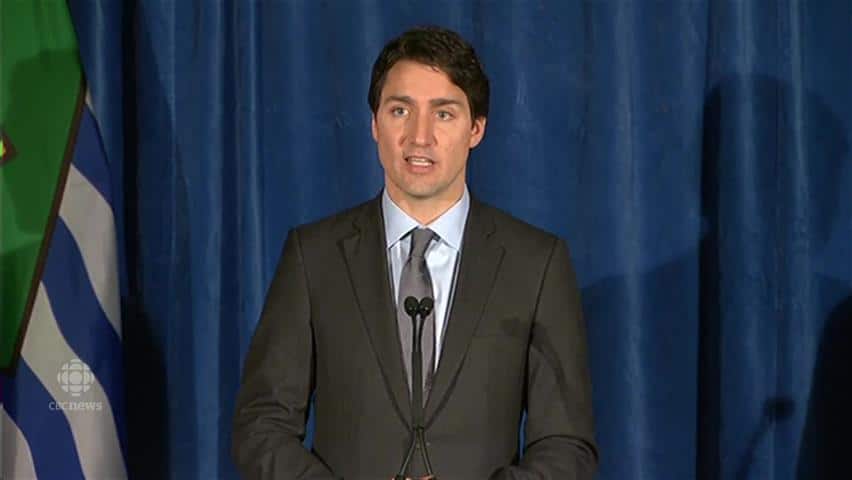 Trudeau's plan to legalize, regulate and restrict access to marijuana is already proving a complicated and controversial undertaking on the domestic front, in part because it requires working with the provinces.

Internationally, says a briefing note prepared for the prime minister, Canada will also have to find a way to essentially tell the world how it plans to conform to its treaty obligations.

The note to Trudeau was obtained by The Canadian Press through the Access to Information Act.

Errol Mendes, a constitutional and international law expert at the University of Ottawa, says the government faces a long, hard slog in the global arena before it can legalize pot at home.

Legalization, he said, is a growing movement among some countries, particularly in Latin America, but it faces stiff opposition in the United States — including within some quarters of the Obama administration.

If the Republicans win the White House in November, the opposition will be even stronger in a country where some see legalizing pot "as the thin edge of the wedge," said Mendes.

The Liberal policy means that Canada will have to amend its participation in three international conventions:

— The Convention on Psychotropic Substances of 1971;

— The United Nations Convention against Illicit Traffic in Narcotic Drugs and Psychotropic Substances of 1988.

"All three require the criminalization of possession and production of cannabis," says the briefing note.

"As part of examining legalization of cannabis possession and production, Canada will need to explore how to inform the international community and will have to take the steps needed to adjust its obligations under these conventions."

Global Affairs Canada, the lead government department on international treaties, said it is examining a range of issues on pot legalization, including Canada's international commitments, but said it was premature to comment on specifics.

Government must 'explain why'

The world's drug problem will be the focus of a special session of the United Nations General Assembly in April, the memo says.

"At the meeting, several South American countries as well as Mexico wish to discuss what they perceive as more effective policy approaches to respond to the current realities of the drug problem, which could include decriminalization/legalization of illicit drugs, harm reduction, and/or a call to renegotiate the international drug control conventions."

Mendes said Canada could still find a way to adhere to the treaties, but will have to show that legalizing marijuana helps reduce illicit drug use.

"There's no international treaty where you cannot make reservations," he said.

"The problem is the government having to explain why it's doing it, why it feels it has to do it, given the conviction (with which) Prime Minister Trudeau has said it's a failure in terms of enforcement in almost every respect and is driving up the crime rate in some parts of Canada."

The Liberals plan to remove marijuana consumption and incidental possession from the Criminal Code, while creating new laws with heavy penalties to those who give it to minors or operate a motor vehicle under its influence.

Trudeau has promised to set up a task force comprising federal, provincial and municipal governments, while seeking input from experts in public health, substance abuse and the police, to design a new system of marijuana sales and distribution.