Conservatives say they would scrap Canada Infrastructure Bank, calling it a waste of money

"With smart, targeted investments, we can get people back on the job, grow the economy while building a healthy, sustainable future for everyone," Trudeau said.

The plan has five elements:

The Liberal government's throne speech promised to create more than one million jobs to rebuild an economy knocked sideways by the pandemic. 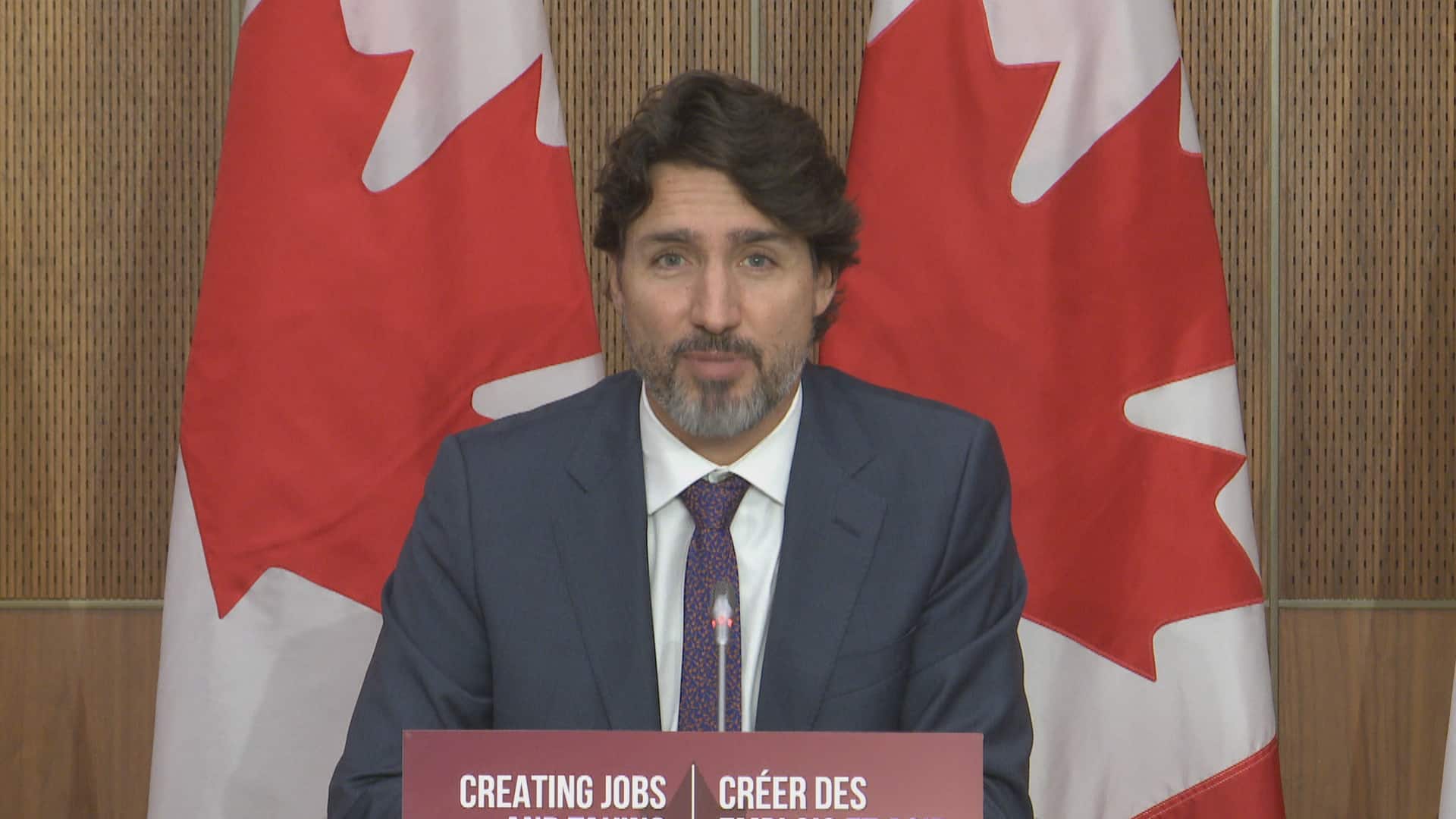 24 days ago
1:07
Prime Minister Justin Trudeau and Minister of Infrastructure and Communities announce a $10 billion growth plan over three years in partnership with Canada's Infrastructure Bank. 1:07

The $10 billion announced today is part of the CIB's $35-billion pot for federal investments.

Conservative Leader Erin O'Toole said today he would scrap the infrastructure bank, calling it "nothing but a waste of taxpayer dollars." He said he would bring forward a different plan to create jobs and get projects built.

He accused Trudeau of making empty promises with a "Liberal re-announcement" and slammed the government's progress on infrastructure projects.

"Justin Trudeau's record on infrastructure is abysmal. In five years, the Liberals have failed to get money out the door and shovels in the ground," he said in a statement. 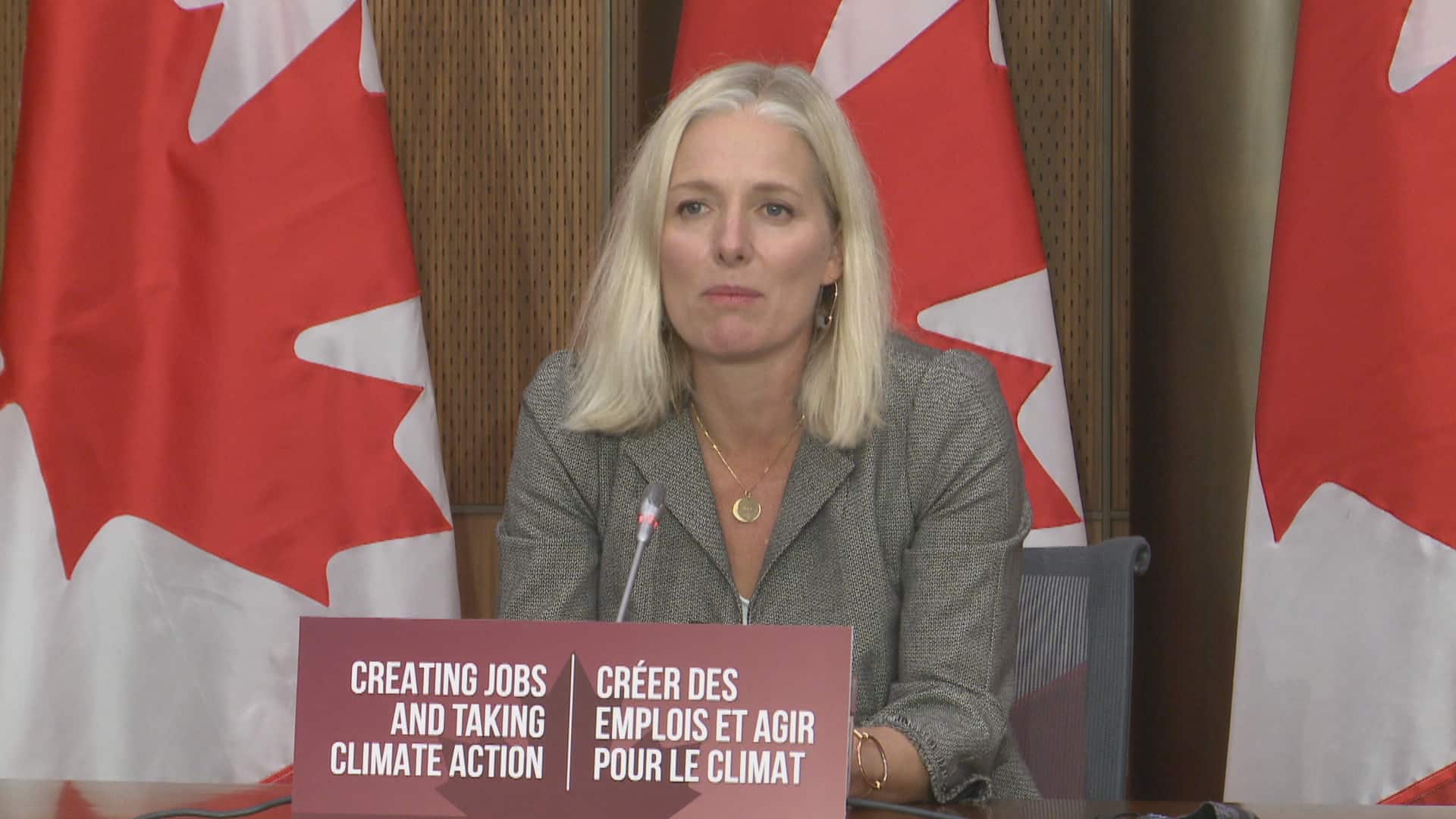 24 days ago
0:46
Minister of Infrastructure and Communities, Catherine McKenna, joins Prime Minister Justin Trudeau in announcing new $10B Infrastructure plan. McKenna says there are "real opportunities to have transformative investments that show the ambition that Canada has to improve the quality of life for Canadians." 0:46

McKenna said the pandemic created a time of crisis, but also a time of opportunity to rebuild with stronger, cleaner, more inclusive communities. She said the investments align with the federal vision to build clean, modern communities.

"Canada has an opportunity to be the low-carbon economy that global investors beat a path to," she said.

"That is value for taxpayers," he said.

WATCH / Michael Sabia on securing outside investment in infrastructure

Sabia says there won't be any problem finding outside investors

24 days ago
1:45
Chair of the Canada Infrastructure Bank Michael Sabia says third party investors are eager to put money into Canadian projects. The Bank's challenge is coming up with enough projects. 1:45

The CIB, which was created in 2017, has been criticized for delays in getting projects launched.

Sabia acknowledged it has taken some time to build the organization up from scratch.

"I would say that one of the ways to think about the announcement we're making this morning is it reflects our confidence that the foundations set at the bank are sufficiently solid to support a very large investment program," he said.

Sabia said he expects that, despite the economic fallout from the pandemic, international investors will show interest in the projects because Canada is seen as a stable place to secure long-term returns.

Trudeau said the bank has developed an approach and a model that has generated much interest around the world.

"We have now seen the infrastructure bank really hit its stride at a moment where Canada really needs this kind of investment to boost economic activity right now during this pandemic," he said.