Prime Minister Justin Trudeau announced Friday the creation of a national council for reconciliation to help implement the Truth and Reconciliation Commission's final recommendations, which were released one-year ago today.

Prime Minister Justin Trudeau announced Thursday the creation of a national council for reconciliation to help implement the Truth and Reconciliation Commission's 94 final recommendations, which were released one year ago today.

The TRC called for the creation of this council in its report, envisioning it as an independent, national oversight body to monitor Canada's "post-apology progress on reconciliation," and to produce annual reports on closing the gap between Indigenous and non-Indigenous communities.

Trudeau said his government has already initiated some sort of action on 41 of 45 of the commission's "calls to action" that fall under federal jurisdiction, which range from improved funding for child welfare and education to protecting language and culture.

The government has also launched the inquiry into missing and murdered indigenous women and girls, one of the commission's key recommendations.

"Last year, I committed to a renewed relationship with Indigenous Peoples, one based on the recognition of rights, respect, co-operation and partnership. Today, we take further steps on the journey of reconciliation," Trudeau told reporters in the foyer of the House of Commons.

Next steps in reconciliation

The Truth and Reconciliation Commission, chaired by former Justice Murray Sinclair, who is now a senator, was launched after then prime minister Stephen Harper issued a formal apology to the survivors of the residential schools system.

The commission met with people across the country who attended the schools, and gathered information over six years to help craft the calls to action, policies intended to redress the legacy of the schools and "advance the process of Canadian reconciliation."

Trudeau promised $10 million in funding for the National Centre for Truth and Reconciliation at the University of Manitoba, an institution created to document the history of Canada's residential school system and legacy.

The centre is launching a website to keep track of the progress on each of the calls to action.

National Chief Perry Bellegarde, who met with Trudeau ahead of the announcement, said the new national council will help ensure the TRC report doesn't "collect dust," like so many other reports on First Nations issues have in the past.

Progress in year one

While Bellegarde said progress has been made in the past year, such as the construction of six new schools and the lifting of drinking water advisories in 14 communities, he added he doesn't expect all problems to be solved overnight.

"You're not going to close that gap in one year. It's not realistic."

He said $8.4 billion Ottawa promised in the last federal budget is an unprecedented commitment.

"The issue is now making sure those resources get out in a timely manner so they have really meaningful impact on the ground."

David Chartrand, president of the Manitoba Métis Federation, who represented the Métis National Council at today's talks, also had praise for the prime minister.

"Imagine this for a second: locked out of your house for 10 years and you're finally let in — that's our feeling that we have," he said, referencing the decade under former prime minister Stephen Harper. "We do actually have a prime minister who cares, one who has a vision."

"The prime minister has promised a lot, and he's trying to do a lot, and he's trying to catch up for decades of unfinished business. Now we can't be putting him in a position that we expect him to do it all, immediately, tomorrow morning, all our problems will be solved. It ain't going to happen and we have to be conscious of that," Chartrand said.

Trudeau faced questions as to why he has agreed to meet with these three national Aboriginal organizations, but not the Native Women's Association of Canada and the Indigenous Peoples Assembly of Canada, which represents off-reserve status and non-status Indians.

He said choices have to be made and those weren't invited to Thursday's meeting.

Bellegarde said he represents 634 chiefs who are the rights and treaty holders and it is appropriate he be present to represent those who have a special relationship with the Crown. 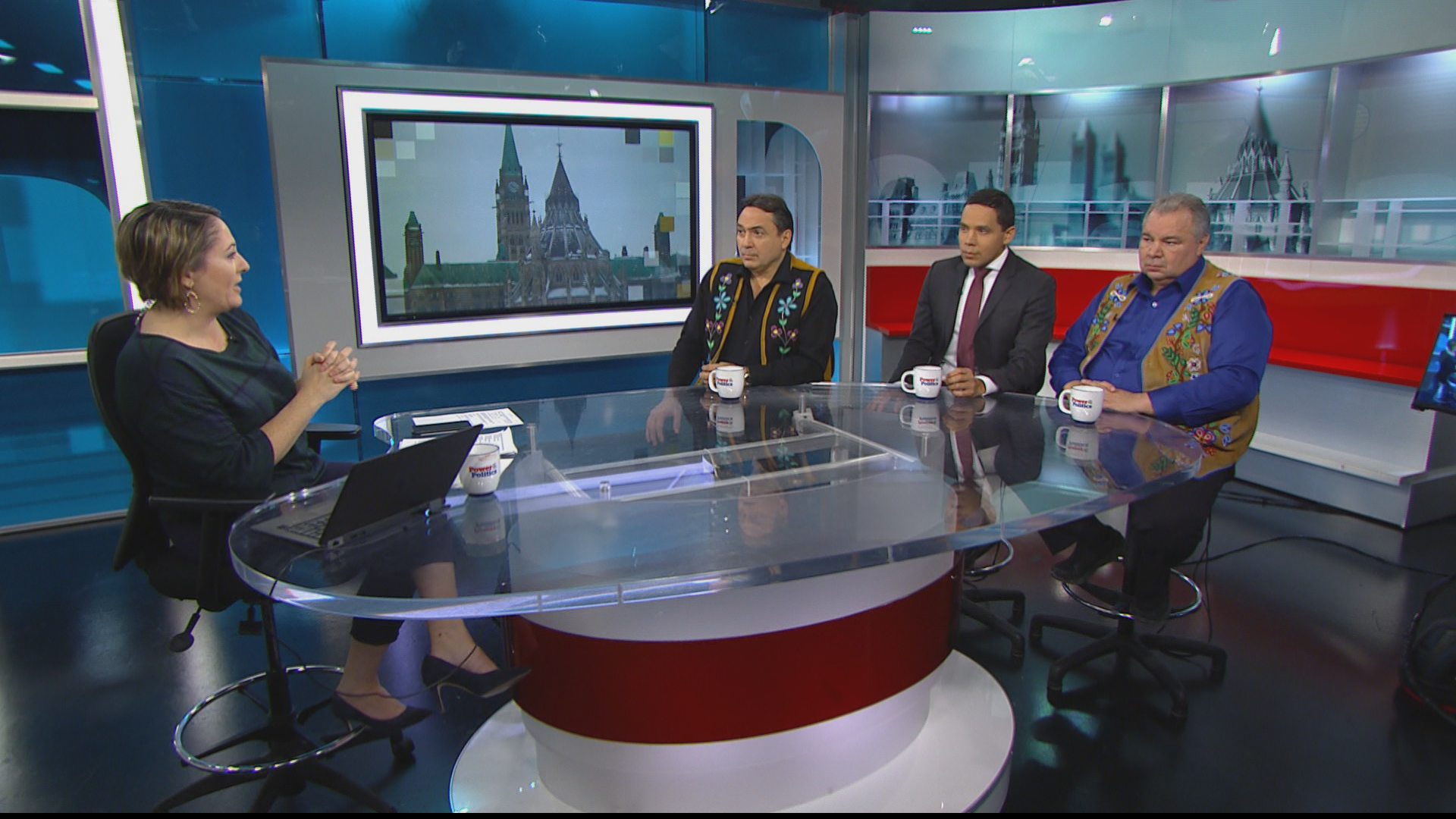