Health Minister Patty Hajdu says she's looking at the option of criminal penalties for Canadian travellers who don't follow the government's advice to self-isolate when they return home.

Self-isolate when you return from a trip with 'no exceptions,' warns health minister

Health Minister Patty Hajdu says she's looking at the option of criminal penalties for Canadian travellers who don't follow the government's advice to self-isolate when they return home.

"Let me be perfectly clear. We will use every measure in our tool box at the federal level to ensure compliance ... we have measures that could include monetary penalties up to and including criminal penalties," she said during her daily briefing on Parliament Hill.

The Quarantine Act, which was updated in 2005 after the deadly SARS outbreak, gives the federal health minister the power to designate quarantine zones and fine or jail travellers who disobey quarantine requests.

If a designated quarantine officer believes that a traveller has refused to isolate themselves, they can ask a peace officer to arrest the traveller and bring them into quarantine.

Hajdu said the government is looking at the more "stringent requirements of the Quarantine Act," but for now is still asking and recommending Canadians follow the self-isolation guidelines.

"And I'm hoping we don't have to get to ordering them," she said.

"It is critically important, especially for those returning home now, to ensure that they follow this public health advice that we're giving them. The advice will be not just advice — if we need to take stronger measures we will."

More Canadians are expected to make it home in the coming days. 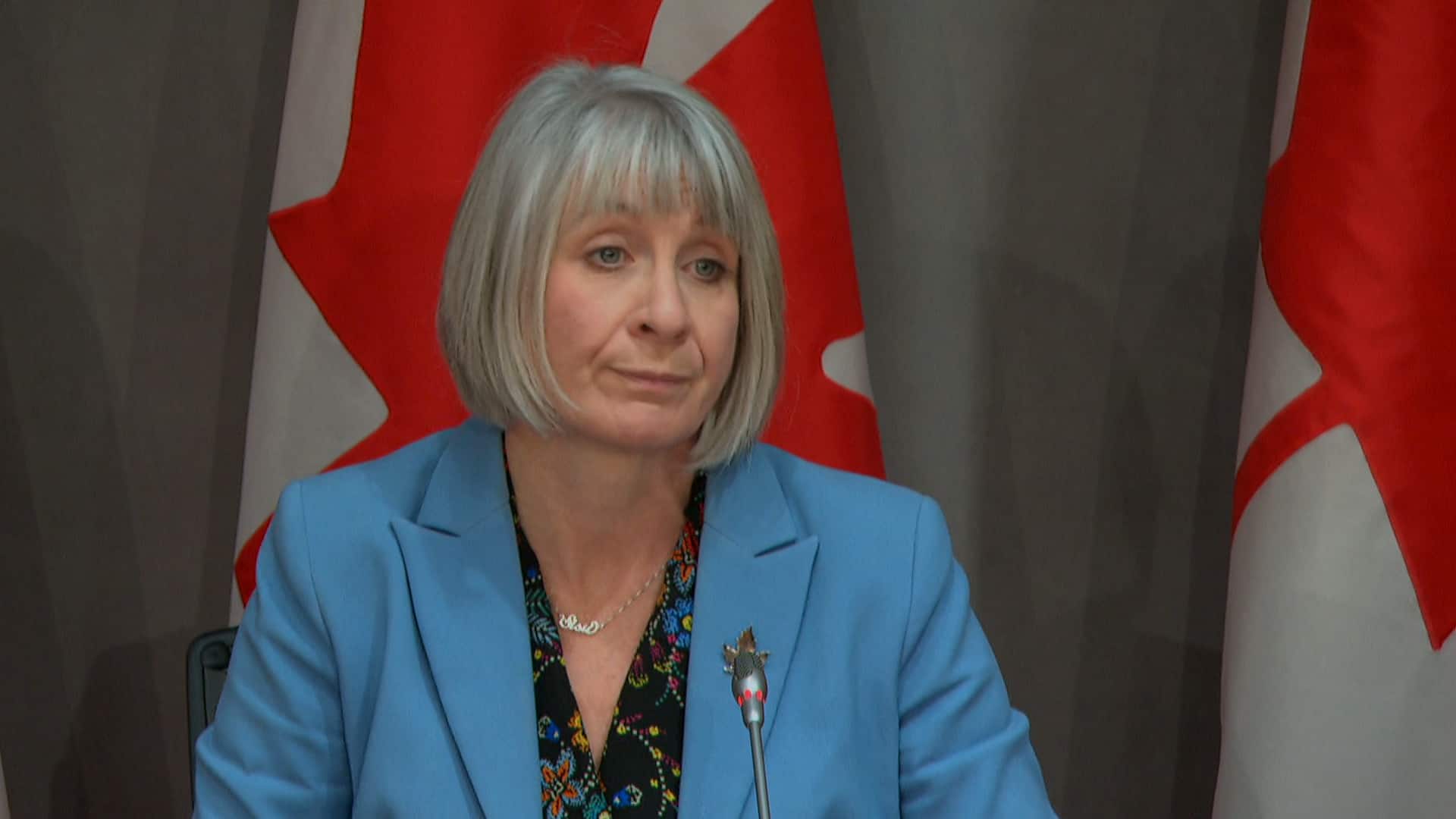 12 months ago
1:23
Minister of Health Patty Hajdu stresses that Canadians returning from other countries must take self-isolation seriously. 1:23

Trudeau said stronger federal measures are on the table under the Emergencies Act, but for now Ottawa is working with the provinces who are restricting movement on their own.

Nova Scotia declared a state of emergency Sunday morning, joining several other provinces, including British Columbia, Alberta and Ontario, in doing so.

Premier Stephen McNeil ​​​​​​said he made the decision to limit gatherings to no more than five people after people flagrantly ignored public health officials' calls for social distancing.

"We are dealing with a deadly virus and this behaviour is unacceptable."

Police in that province can now issue summary offence tickets for people who are not adhering to orders related to self-isolation and social distancing.

On Friday, Quebec City police arrested a woman who tested positive for the coronavirus after she went out for a walk, violating a quarantine order

Provincial police in Ontario have warned that people will face fines for violating orders to close certain businesses and to limit gatherings, while Saskatchewan Premier Scott Moe suggested citizens who know of anyone not self-isolating after returning from international travel should call police.

The Northwest Territories is banning non-essential travel into the territory. It logged its first positive case of COVID-19.

A smaller-than-normal number of MPs will be called back on Tuesday at noon to adopt emergency measures announced earlier this week by the federal government that are intended to offset the economic impact of the COVID-19 pandemic.

The package includes $27 billion in direct supports and another $55 billion to help business liquidity through tax deferrals.

"These are only a very first step," said Trudeau from outside his home in Ottawa, where he's been giving daily updates from self-isolation after his wife tested positive for the novel coronavirus.

"We are looking now at what those next steps are to ensure that our economy is able to pick up again once we're through this, whether it take weeks or months. It is likely to take months before we're fully through this."

To respect social distancing guidelines, a limited number of MPs will be present in the chamber.

Conservative Leader Andrew Scheer said his party supports getting money out to Canadians.

"We're supportive of the government, of the House coming back very quickly and passing these measures quickly," he said in an interview with CBC News.

"We believe that there needs to be more done. We have been calling on the government to do more for workers who are affected by retail stores and restaurants ordered to close as well as for those small businesses themselves."

Scheer said he's asked the government to refund the GST collected during the last six months, plus increase wage subsidies to keep people employed during these uncertain times.

"Relief should be targeted and last for as long as needed," he said