Prime Minister Justin Trudeau announced Friday a ban on some 1,500 models of military-grade "assault-style" weapons in Canada, a ban that takes effect immediately.

Starting today, licensed gun owners will no longer be allowed to sell, transport, import or use these sorts of weapons in this country.

"As of today, the market for assault weapons in Canada is closed," Public Safety Minister Bill Blair said. "Enough is enough. Banning these firearms will save Canadian lives." 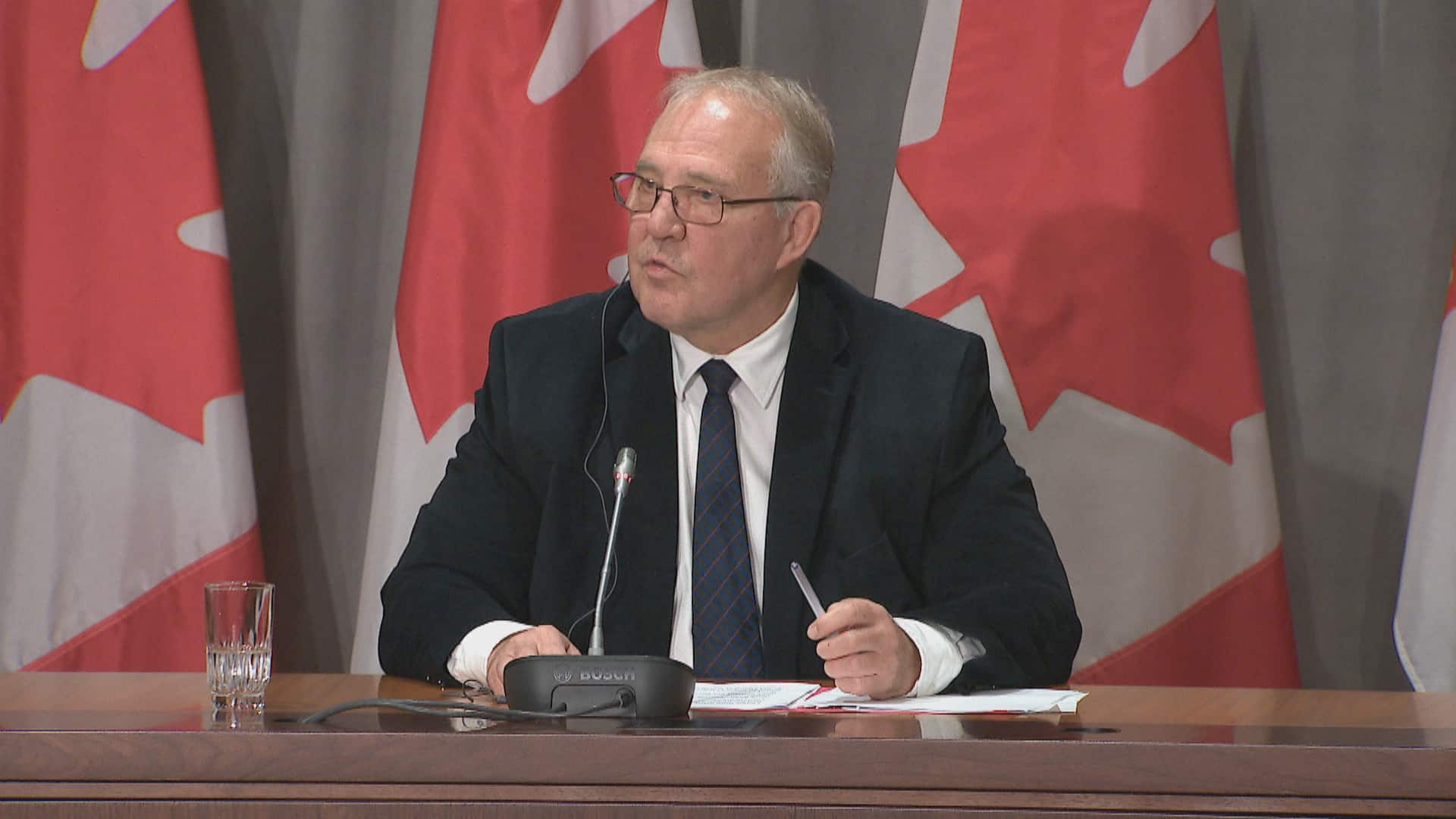 The Liberal Party promised some sort of buyback program in the last election, something that could cost taxpayers hundreds of millions of dollars.

A full list of the firearms that have been banned is available through the Canada Gazette.

The ban will be enacted through regulations approved by an order-in-council from cabinet — not through legislation. Trudeau said the government was ready to enact this campaign promise months ago, before the COVID-19 pandemic disrupted the legislative agenda.

"These weapons were designed for one purpose and one purpose only: to kill the largest number of people in the shortest amount of time," Trudeau said. "There is no use and no place for such weapons in Canada."

While he acknowledged that most firearms owners are law-abiding citizens, he said hunters don't need this sort of firepower. 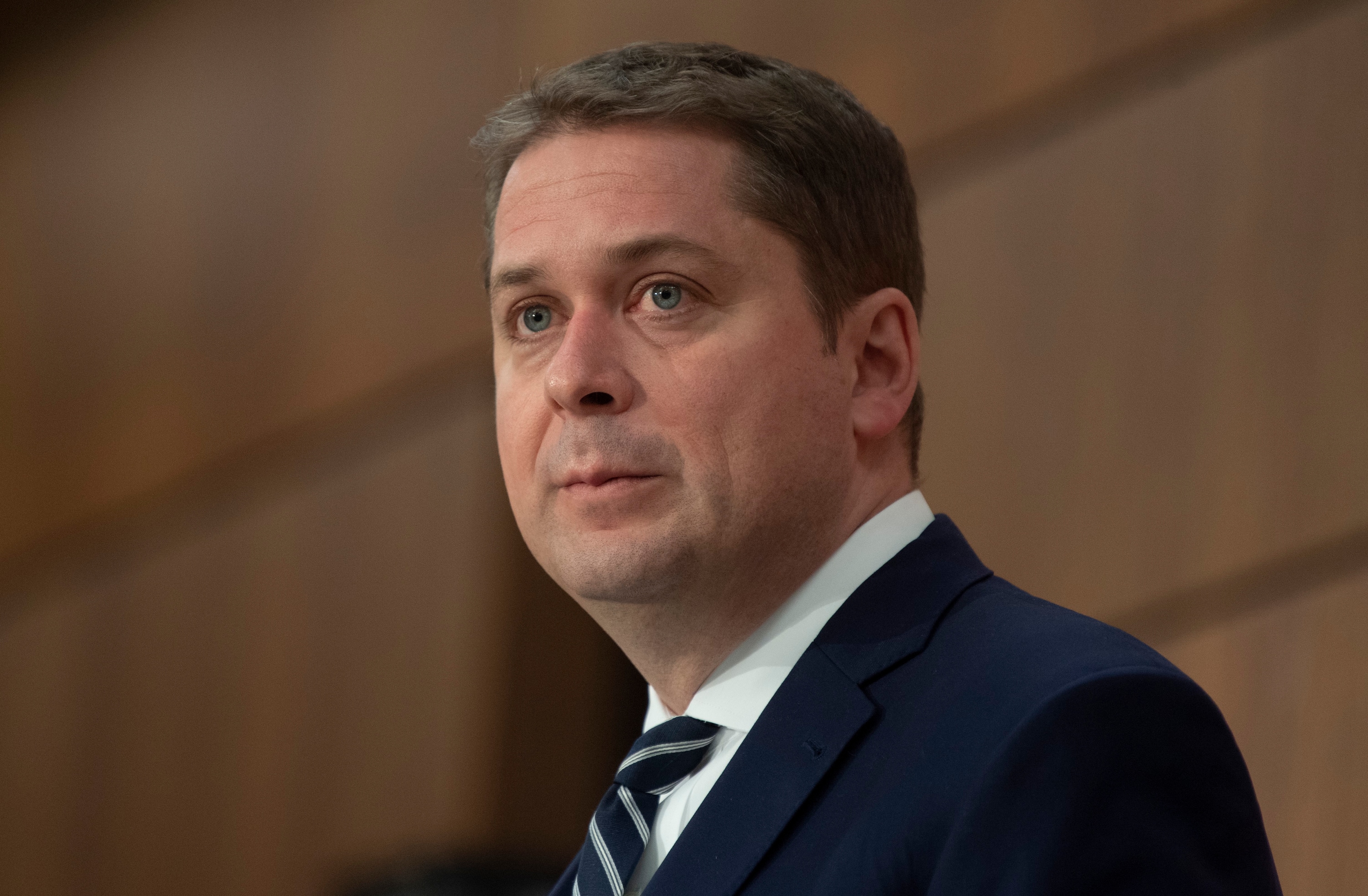 10 months ago
0:43
'...doing it at a time when Canadians are very concerned about this pandemic, we believe, is completely unacceptable.' 0:43

The term "assault-style" has no legal definition in Canada. The Firearms Act also does not currently classify firearms as "military-style" — that term would have to be defined in the new regulations.

Generally speaking, an assault-style weapon is a semi-automatic firearm with an ammunition magazine, built to fire quickly. There is already a legal limit — five rounds — on the maximum size of a magazine.

All Canadians must be in compliance with the law by April 2022, Justice Minister David Lametti said, adding that gun owners who have not disposed of their banned firearms by that point could face sanctions under the Criminal Code.

While there is an amnesty period, the firearms cannot be used anywhere as of today. Lametti said firearms owners may return the firearms to the manufacturer or export them as part of a sale between now and 2022.

A government official speaking on background at a technical briefing for journalists said the number of these now-banned firearms currently in circulation is unknown.

The principal models being prohibited:

The government official said that, at the end of the two-year amnesty, gun owners must dispose of the firearm or they may be able apply for the firearm to be "grandfathered." Details on the grandfather process would be released at a later date, the official said.

Today's ban does not cover handguns, the weapon of choice for gang members. Blair promised Friday to enact legislation down the line to give municipalities the power to ban these firearms.

The firearms ban comes less than two weeks after the Nova Scotia gun massacre, an incident Trudeau called "the deadliest rampage in our country's history."

"These tragedies reverberate still. They shape our identity, they stain our conscience, they make adults out of children and the heartbreaking truth is they're happening more often than they once did," Trudeau said of such mass shootings.

Heidi Rathjen is a graduate of École Polytechnique in Montreal — scene of the Montreal massacre of 1989 — and coordinator of Poly Remembers, a gun control group. She applauded the government's ban.

"The Liberal government is finally delivering on its top gun control promise," she said. "The ban is comprehensive. The circulation and use of these weapons will be severely restricted during the two-year amnesty.

"We hope the Trudeau government will display the same political courage when it proceeds with the reform of the current flawed classification system in order to make such a ban permanent."

Coalition for Gun Control president Wendy Cukier said a ban like this has been a long time coming. She said many Canadians have lost their lives to gun violence while the country waited for this sort of prohibition to be enacted.

"It's been a long wait. This is a milestone for Canada and an important step forward. We are counting on all parliamentarians to support a mandatory buy back program and to keep this ban permanent," she said.

The RCMP has confirmed that the Nova Scotia shooter used firearms obtained illegally in Canada and from U.S. sources to carry out his crimes. He was not licensed to own firearms.

Eyewitnesses have said he used a number of weapons during his attacks, including some sort of a long-barrelled rifle and a handgun. The RCMP has described at least one of his firearms as an "assault-style" weapon.

Critics maintain that these sort of bans target licensed gun owners rather than criminals, who often turn to the black market to procure firearms to commit crimes.

Rod Giltaca, CEO of the Canadian Coalition for Firearm Rights, said the firearms community is "devastated" by Friday's development.

"The only people that will lose their guns in this action are licensed gun owners. No criminals will register or turn in a single rifle," he said in a statement. "This move is viewed as entirely political."

Illegal firearms from U.S. sources are used in 70 to 90 per cent of all gun-related crimes.

Conservative Leader Andrew Scheer dismissed the government's ban as "symbolism over substance," saying it does nothing to target smugglers or those who illegally modify firearms.

"We know the Liberal approach is to ask law-abiding firearms owners to follow more laws — that's lazy and ineffective," Scheer said in an interview. "It's easy but lazy."

"Doing this at a time when Canadians are very concerned about this pandemic is completely unacceptable. Now is not the time to make these major policy changes, especially when they've proven so ineffective."

When asked if the government would do more to police the border, Trudeau said other measures were in the works. Blair sidestepped the question when asked about CBC's reporting on the low number of firearms seized at the border.

The Ruger Mini-14, the type of firearm used in the École Polytechnique shooting, is also on the list. There are an estimated 16,859 of them in Canada.

The M14 rifle, used in the Moncton shooting, is also expected to be banned. There are an estimated 5,229 of those in Canada.