Prime Minister Justin Trudeau says Canadians are in their response to the Alberta government's call for help after a raging wildfire forced officials to issue an evacuation order for Fort McMurray. Trudeau said Ottawa is responding to what Alberta Premier Rachel Notley has called the largest fire evacuation in Alberta's history.

Federal officials in 'close and active communication' with the Alberta government, PM says 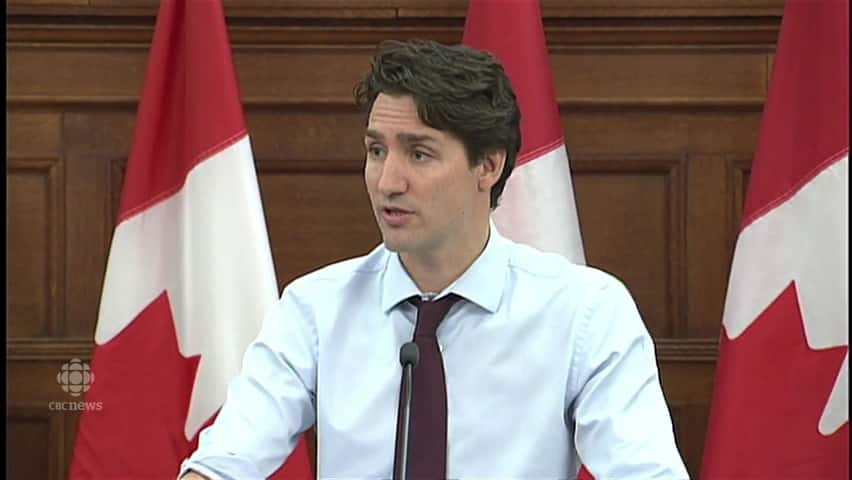 5 years agoVideo
2:32
Prime Minister Justin Trudeau says he has spoken with Alberta Premier Rachel Notley and offered the government's full support to deal with the disaster in Fort McMurray. 2:32

A raging wildfire has destroyed 1,600 homes and buildings in Fort McMurray, prompting the evacuation of some 88,000 people, according to the latest update by provincial officials.

"While the full extent of the damage isn't yet known, we certainly do know that for those who have been affected this fire is absolutely devastating. It's a loss on a scale that is hard for many of us to imagine," Trudeau said in Ottawa Wednesday afternoon.

The prime minister was speaking to reporters in Ottawa on the six-month anniversary of his cabinet swearing-in, and began by addressing the wildfire situation in Alberta. 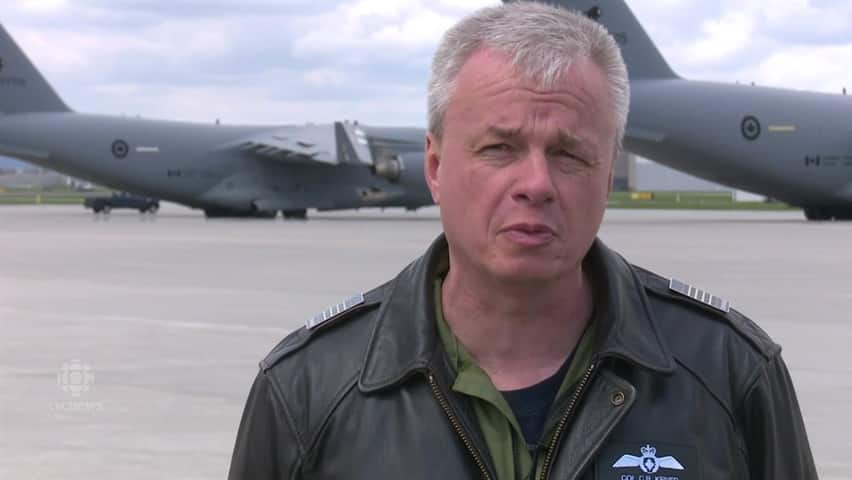 5 years agoVideo
1:48
Colonel Colin Keiver describes to Frederic Pepin how his aircraft are moving to help in Northern Alberta 1:48

"We have mobilized a certain number of Canadian Forces aircraft," said Trudeau on Wednesday afternoon after a CC-130 Hercules departed for Cold Lake, Alta., from the 8 Wing base in Trenton, Ont., with a crew to assist with the Fort McMurray wildfire.

Col. Colin Keiver, 8 Wing Commander, told CBC News a C-17 and an Airbus are on standby "to move if required."

The Department of National Defence has also supplied four helicopters to evacuate people as the wildfire continues to rage out of control.

Trudeau said he spoke with Notley by phone a day earlier and offered the federal government's "total support" and further assistance in the long term.

"We are in close and active communication with the government of Alberta," the prime minister said.

During an update on Wednesday, Notley said federal assistance has so far focused on immediate emergency response.

"As we start to move down the road with respect to recovery, understanding the scope of the recovery efforts that we have before us, we'll engage … with the federal government, with the municipality, and we will ensure that the citizens of Fort McMurray and surrounding communities are supported as they all come together to get through this." 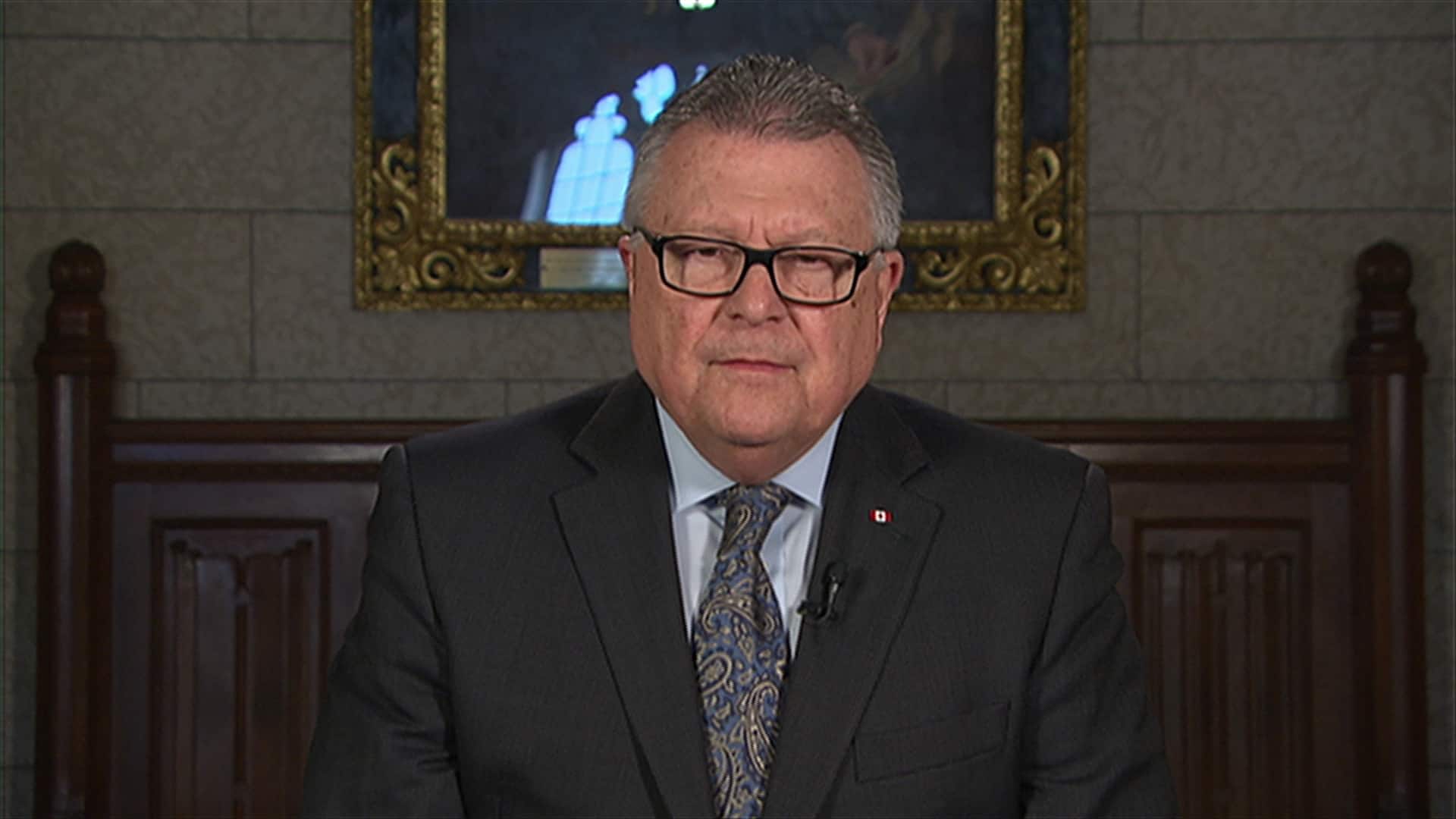 5 years agoVideo
9:17
Federal Public Safety Minister Ralph Goodale on what help is coming for Fort McMurray, where 80,000 people have fled a forest fire engulfing the city. 9:17

Notley said a memo of understanding about support from the military focussed on three elements: helicopter search and rescue for people caught or left behind the fire line in communities outside Fort McMurray, airlift of materials and personnel, such as firefighters, and, at a later point, the potential for ground support to assist in accessing the area to determine when it is safe for people to return.

The Alberta premier said she had all the powers she needed to deal with the catastrophe without declaring a state of emergency.

"I really do want to highlight that Canada is a country where we look out for our neighbours and we are there for each other in difficult times. And certainly in Fort McMurray, the difficult times they are going through right now is something that we are going to unite around," Trudeau said earlier, as he spoke to his Liberal caucus Wednesday morning on Parliament Hill.

"I've been dealing with offers of support and calls from the Atlantic provinces to all the way out to B.C. for how they can support their friends and neighbours as people go through this difficult time," Trudeau said.

Trudeau also said, in French, that he spoke to interim Conservative leader Rona Ambrose Wednesday morning and they agreed that everyone needs to work together to help those affected by the evacuation order in Fort McMurray.

Ambrose, who represents the Edmonton riding of Sturgeon River–Parkland, said she was briefed on the federal government's response during a meeting earlier Wednesday with the prime minister and Public Safety Minister Ralph Goodale, who is leading the federal response.

The Opposition leader expressed solidarity with those who have been forced to leave their homes behind, including many of her own friends.

She also urged Canadians to open up their homes to those who have been forced to evacuate Fort McMurray.

"There are 80,000 people without a home to go back to, at this point and need to be safely moved out of the region," said Ambrose. 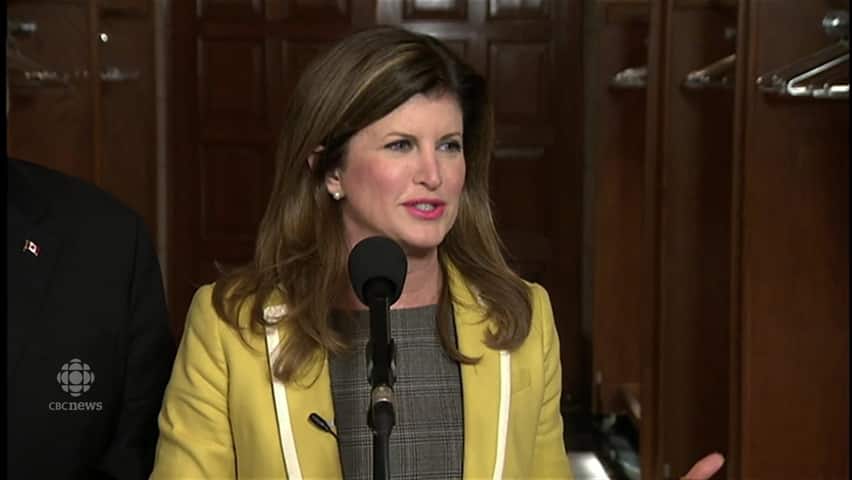 Ambrose on the Fort McMurray fire

Tom Mulcair said while the New Democrats were reassured to hear the federal government was doing everything in its power to help Albertans, the images of fire officials battling a raging wildfire make it clear there's going to be a need for "a lot of help" going forward.

"Like all Canadians, we have been shocked by the images that have been coming out of Fort McMurray," Mulcair said after meeting with his caucus on Wednesday.

"The number one priority is to make sure that people are safe," Mulcair said, adding that "we're all thinking of them, it's a terrible situation."

Green Party Leader Elizabeth May said it was "encouraging" to see the federal government provide evacuation and emergency aid in collaboration with the Alberta government.

"My thoughts and prayers are with the people of Fort McMurray, those who have lost homes and businesses, and first responders who continue to fight to extinguish the blaze," May said in a statement.

All four federal leaders — Trudeau, Ambrose, Mulcair and May — urged anyone interested in helping to donate to the Canadian Red Cross.

Goodale said he has told his provincial counterparts and local politicians the federal government is monitoring the situation and is ready to act on a moment's notice.

"The full emergency management plan of the governments of Canada – federal, provincial, municipal – has clicked into place," the minister said in an interview with Rosemary Barton on CBC News Network's Power & Politics.

He said the federal government is also helping track the fire's movement. "We're assisting with geomatics and satellite imagery so that Alberta can properly track the movement of this beast of a fire," he said.

The fire is dangerous, Goodale said, and that people should be cautious.

"Obviously we will want to get people back to survey their property and their locations as soon as that's physically possible, but safety first — and this beast is not done yet."

Goodale said earlier that residents affected by the evacuation order should follow the directions of their municipal law enforcement and first responders.

"If you are being ordered to evacuate, please do so for your own safety. On behalf of all Canadians, we are grateful to all of the first responders working together to keep Albertans safe in this very difficult time," Goodale said. 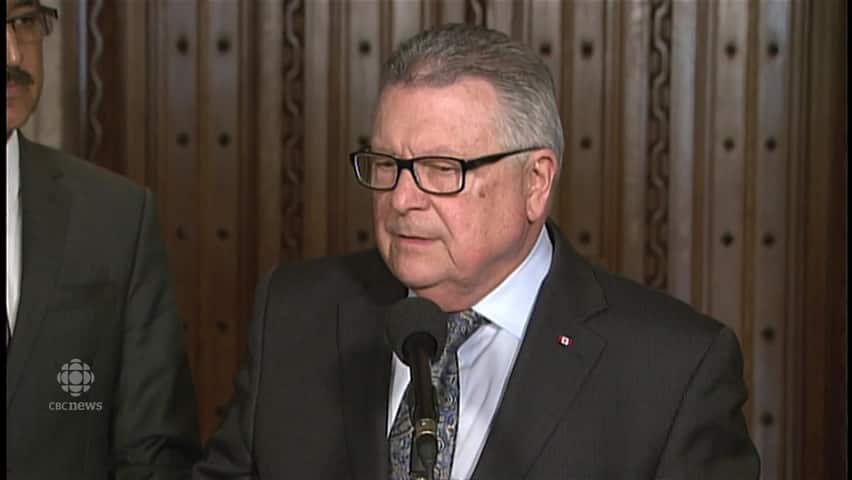 5 years agoVideo
3:49
Public Safety Minister Ralph Goodale says the government is looking at things like income supports and what the long term financial investment will need to be for the northern Alberta city. 3:49