Prime Minister Justin Trudeau today visited one of the most notorious entrepôts of the African transatlantic slave trade.

Prime Minister Justin Trudeau today visited one of the most notorious entrepôts of the African transatlantic slave trade.

Gorée Island, a rocky outcrop of just 28 hectares off the coast of Dakar, Senegal, operated as a slave trading post from the 15th century until the 19th century.

Trudeau toured the Maison des Esclaves, a notorious last stop for captives before they were boarded onto vessels for a one-way journey to the New World, accompanied by Minister of Family Services Ahmed Hussen and Masai Ujiri, president of the Toronto Raptors.

The ochre-coloured, two-storey stone building was built in 1776, when the Senegal slave trade was dominated by France. Prior to that, the island also had been used by Portuguese, Dutch, and British slave traders.

Trudeau and his companions viewed cells where enslaved Africans were separated by gender, as well as a cell for children and a punishment cell for "recalcitrants."

They also stood at the "door of no return," where enslaved people were forced to walk a gangplank onto waiting ships where they were packed into crowded and unsanitary holds. Many did not survive the crossing.

After the visit, a sombre Trudeau said the world has yet to learn all of the lessons of past human rights abuses.

"We must remember the horrors and tragedies of the past and reflect on their impacts today and into future. At the same time, we must acknowledge that as humanity we have not learnt all the terrible lessons of the past and continue to inflict horrible, systemic violence on each other in too many places around the world," Trudeau told reporters after his tour.

Trudeau told Senegalese President Macky Sall that he would remember the visit to the site for the rest of his life.

"We must pledge ourselves to remember and to act and move beyond this terrible part of our past and build a future where everyone can live free," he said. 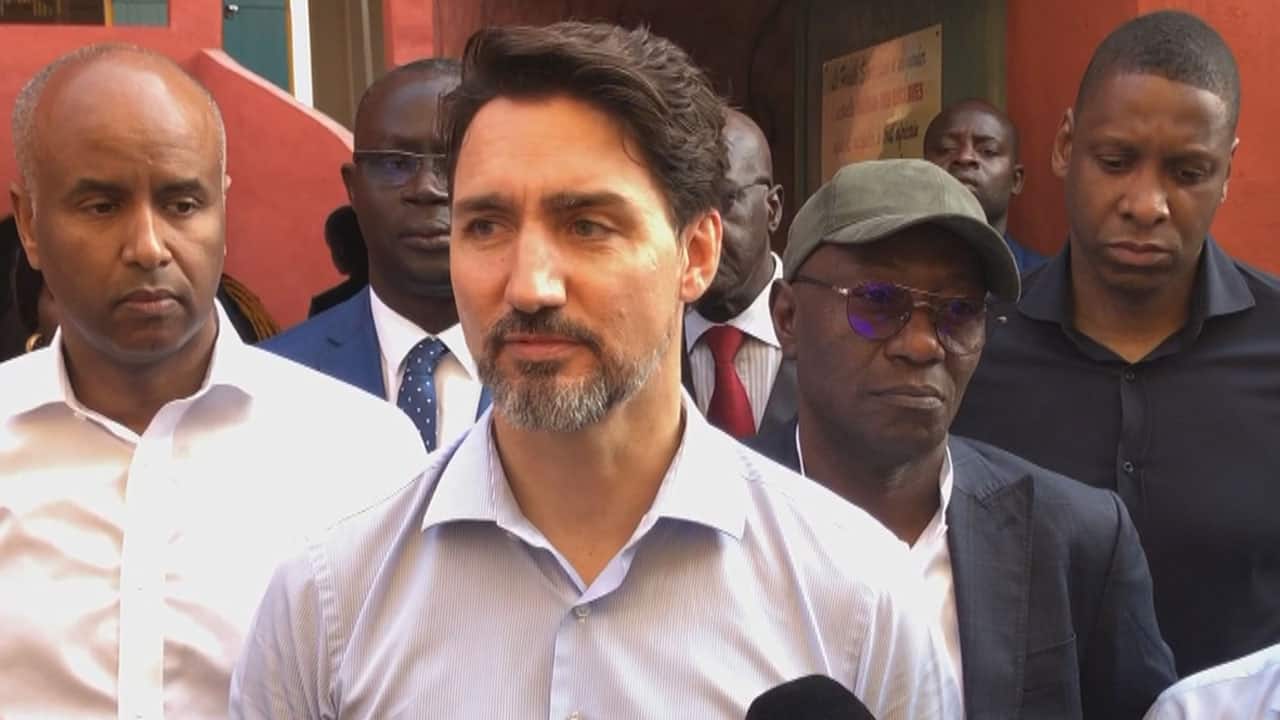 Trudeau at the House of Slaves