Prime Minister Justin Trudeau is touting the benefits of an expanded financial package to help Canadians cope with the impact of COVID-19 — while warning them about a "text scam" that's trying to exploit the government program.

Prime Minister Justin Trudeau is touting the benefits of an expanded financial package to help Canadians cope with the impact of COVID-19 — while warning them about a "text scam" that's trying to exploit the government program.

Holding a news conference at his residence at Rideau Cottage this morning, Trudeau said some people are preying on the vulnerable during the pandemic.

"I'm sorry to say, there appears to be a text scam going around on the new emergency response benefit," he said. "I want to remind everyone that the government's website is the best place to find reliable information on everything we're doing."

Toronto resident Will Hunter received a text message advising him the Canada Emergency Response Benefit relief fund had sent him a deposit of $1,375.50. When he pasted the URL included in the text, he was brought to what he called a "very convincing" landing page with a Government of Canada masthead.

It asked him for personal information, including the name of his financial institution. He said while most scams he encounters are obvious, he worries that some less tech-savvy Canadians could fall for this one if their normal skepticism is being clouded by a desperate need for financial relief.

"It's a despicable act that preys on particularly vulnerable Canadians at this time. The thought of someone's bank account being drained, in addition to all the stress in this unsafe and uncertain time, really breaks my heart," he told CBC.

On Wednesday, the federal government announced it had streamlined and expanded the COVID-19 emergency benefits program and said Canadians struggling financially could expect payments within weeks.

The application process is scheduled to open in early April, with individual income support payments amounting to about $2,000 a month expected to flow about 10 days later. The benefits will be available for four months.

The demand is expected to be significant, as nearly a million people filed claims for Employment Insurance in the last week due to business closures amid the global pandemic.

During a news conference Thursday, Employment, Workforce Development and Disability Inclusion Minister Carla Qualtrough said Canadians can be assured the system has the capacity to handle the barrage of applications.

The portal will be managed by the Canada Revenue Agency (CRA), which she said has a "massive capacity" to administer bulk applications in a way that is secure and streamlined. 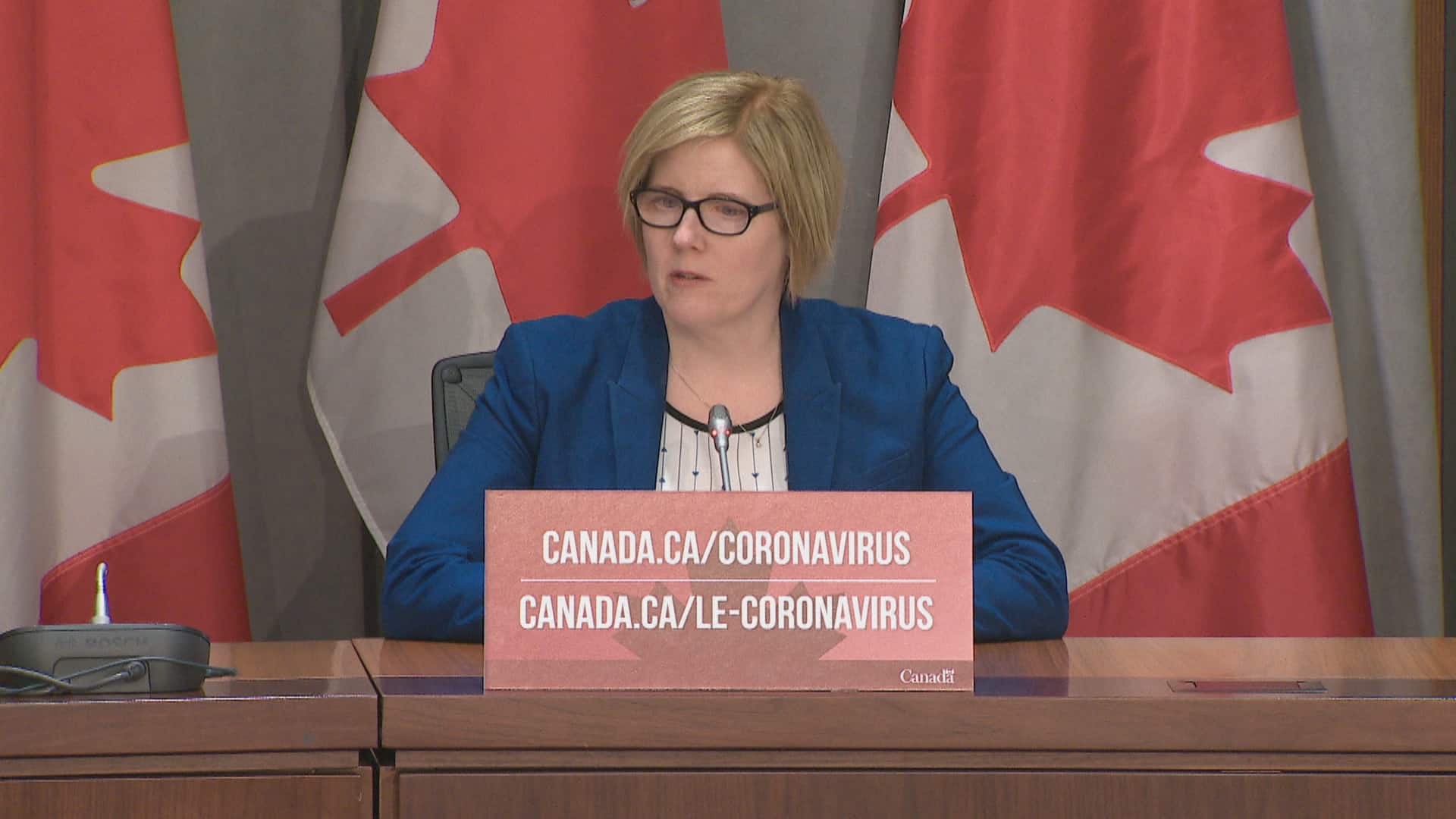 "We've done a deep dive on our systems within the government of Canada and Canadians are confident in (the CRA) and know that the CRA can deliver. All of your taxes are paid through CRA, payments are made through CRA. Canada Child Benefit, GST credit, your tax refunds – that's all through the CRA," she said.

The government's $107-billion package of measures to help Canadians and businesses through the economic crisis caused by the pandemic, includes the new Canada Emergency Response Benefit (CERB), which offers income support for up to 16 weeks to those who lose pay due to COVID-19.

Legislation enacting $52 billion worth of financial aid and another $55 billion in tax deferrals was approved by Parliament Wednesday.

It covers Canadians who lose their jobs, get sick, go under quarantine or have to stay home because of school closures. You can read more details about the program here.

Other measures in the package include:

Earlier today, Trudeau held a teleconference call with other G20 leaders. He said they agreed to do "whatever it takes" to ensure public health agencies around the world have the resources they need.

The leaders also agreed to continue collaborating on developing a vaccine, identifying treatments and increasing testing.

"COVID-19 is a global crisis and demands a global response. Now, more than ever, we must work with our allies to protect people and the economy," Trudeau said.

Saudi Arabia, the current G20 chair, called the summit following criticism of the group's slow response to a pandemic that has infected more than 470,000 people worldwide, has killed more than 21,000 and is expected to trigger a global recession.

The communique released by the leaders after the teleconference announced that the G20 countries are injecting $5 trillion into the global economy through national measures to lessen the economic impact of the pandemic.

According to Global Affairs Canada (GAC), there are now more than 419,400 Canadians registered as being abroad. Registering is voluntary, so the figure doesn't give a total snapshot of those actually outside the country.

Diplomatic missions and consulates abroad are taking measures to stop the spread of the virus and protect the safety of staff and visitors, GAC said in a news release.

With files from the CBC's Kate McGillivray and Levon Sevunts