Prime Minister Justin Trudeau says his government is committed to finding a quick and peaceful resolution to the anti-pipeline blockades that have shut down swaths of the country's train system and temporarily blocked bridges and highways.

PM said he's been in contact with Indigenous leaders and premiers, but didn't go into detail 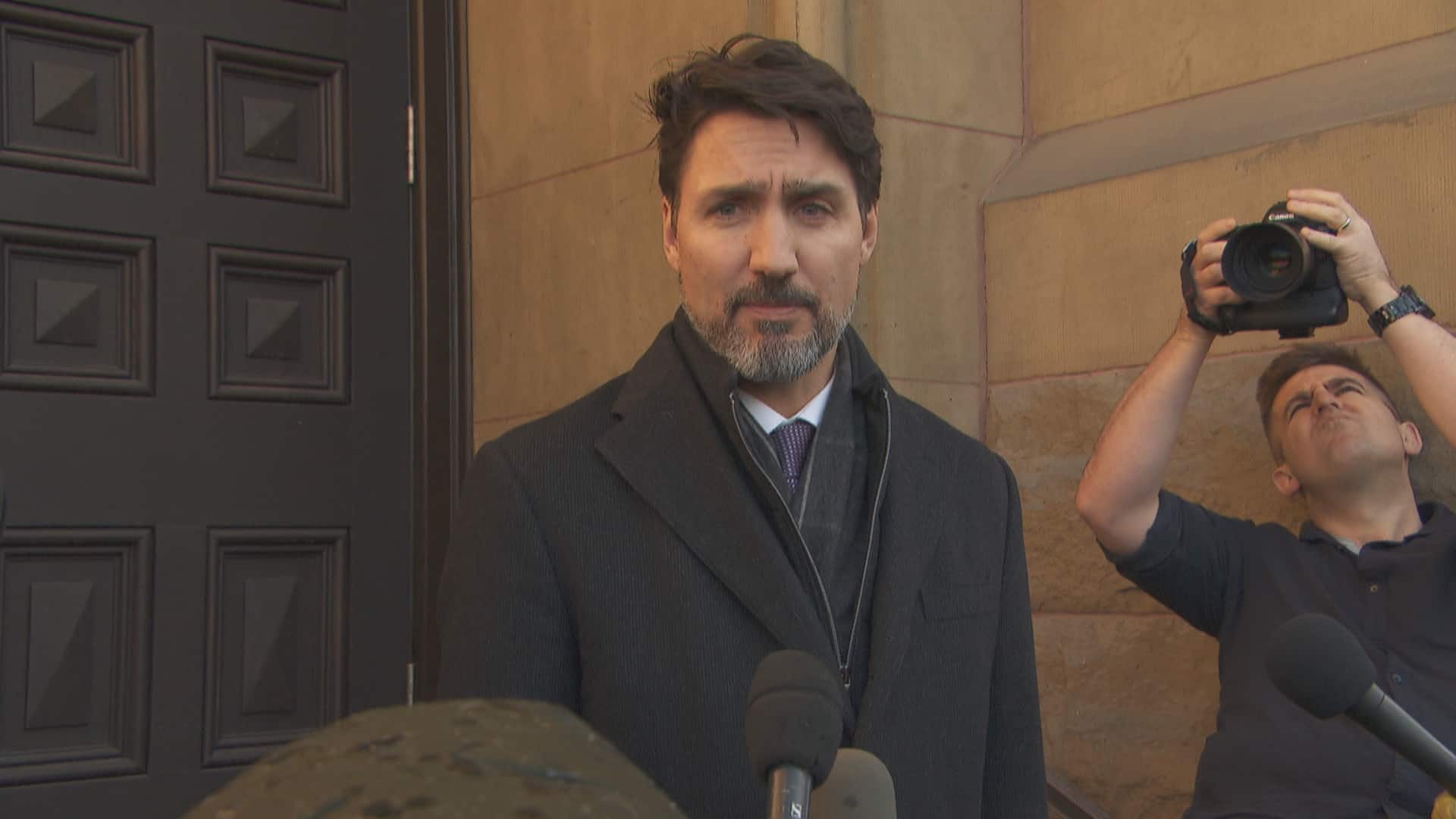 11 months agoVideo
0:26
Prime Minister Trudeau said he spoke to Indigenous leaders and premiers following a meeting with cabinet ministers to discuss ongoing protests across the country. 0:26

Prime Minister Justin Trudeau says his government is committed to finding a quick and peaceful resolution to the anti-pipeline blockades that have shut down swaths of the country's train system and temporarily blocked bridges and highways.

The closed-door meeting followed a week of growing pressure on the Liberal government to end the blockades, which started earlier this month in response to the planned construction of a $6.6-billion natural gas pipeline in northern British Columbia called Coastal GasLink.

Speaking briefly to reporters after stepping out of the building across from Parliament Hill that houses the Prime Minister's Office, Trudeau said he had reached out to a number of premiers and Indigenous leaders to discuss the standoff.

"I understand how worrisome this is for so many Canadians and difficult for many people and families across the country," he said. "We're going to continue to focus on resolving the situation  quickly and peacefully, and that's what we're going to do."

The prime minister, who cancelled a two-day trip to Barbados this week to deal with the crisis at home, did not take any questions before being driven away by his RCMP security detail.

The emergency meeting was held after more than a week of protests against the natural-gas pipeline that crosses Wet'suwet'en territory in northern British Columbia. Wet'suwet'en hereditary chiefs are opposed to the project, though the elected representatives of 20 band councils along the pipeline route support it.

Those protests have manifested themselves as blockades on different rail lines across the country that have ground a significant amount of passenger and freight traffic to a halt.

There's mounting political pressure for Trudeau to put an end to the blockades, which included shutting down for the first time the Thousand Islands Bridge border crossing near Kingston, Ont.

The Ontario Provincial Police indicated they didn't plan on breaking up that protest, which began around noon local time, saying "the OPP has no role to play in the underlying issues of the event and is not in a position to resolve them." Protesters lifted their blockade of the bridge some two and a half hours later.

Mounties in Manitoba also reported about eight to 10 demonstrators at a CN Rail crossing on Highway 75 in southern Manitoba. The highway and rail line run south to the U.S. border crossing at Emerson, Man.

Via Rail, meanwhile, says all of its passenger services remain cancelled with the exception of the Sudbury-to-White River train in northern Ontario and the Churchill-to-The Pas train in Manitoba — as neither uses CN Rail track.

WATCH | Pressure on Trudeau over standstill with pipeline protesters: 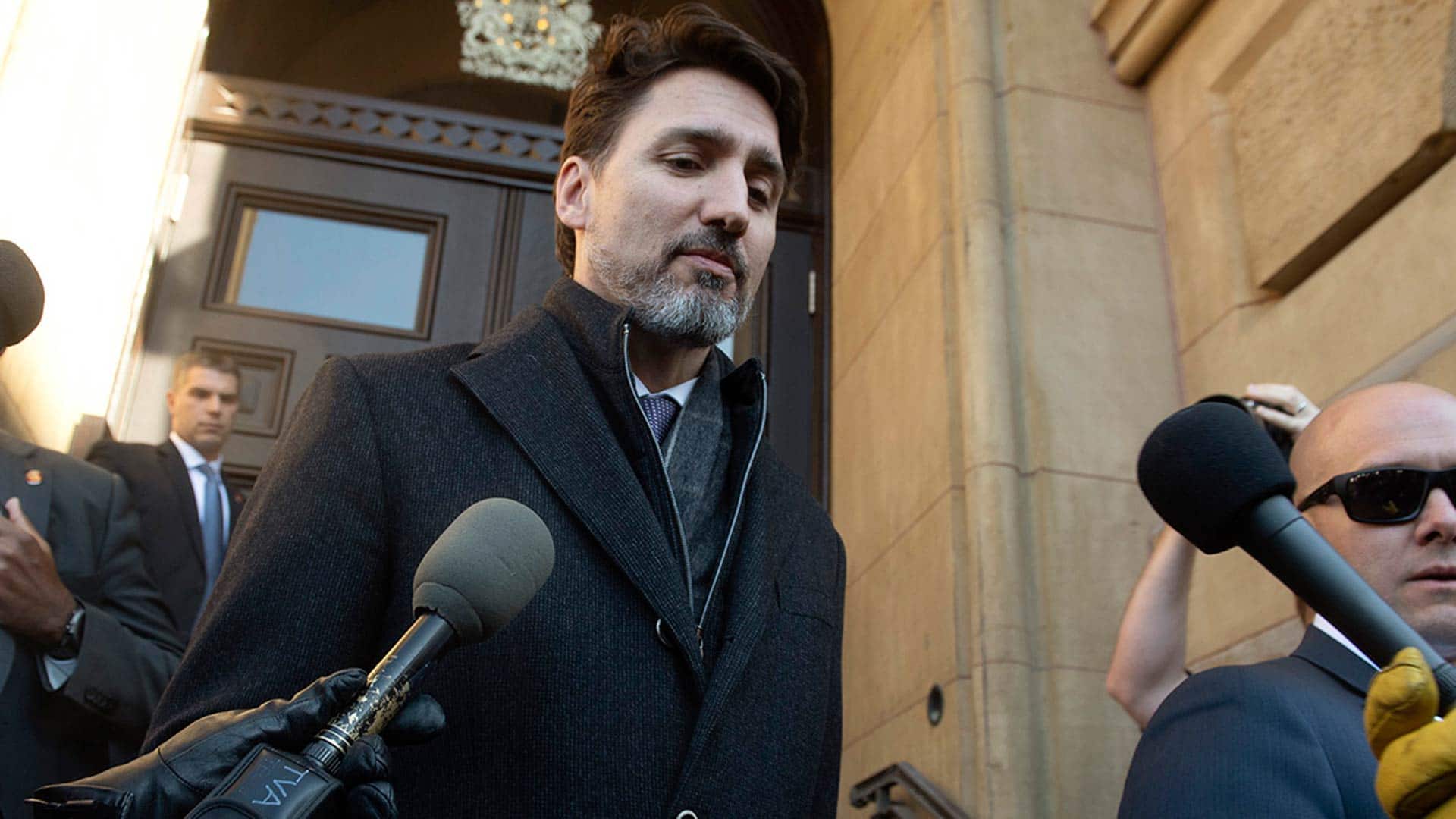 Pressure on Trudeau over standstill with pipeline protesters

11 months agoVideo
3:54
Prime Minister Justin Trudeau is under increasing pressure to find a solution to the ongoing protests and rail blockades across the country. 3:54

Police have largely refrained from direct action against the blockades since the RCMP enforced an injunction outside Houston, B.C. earlier this month, where opponents of the Coastal GasLink project were preventing access to a worksite for the pipeline.

While more than 20 people were arrested and the company is preparing to resume work, the RCMP raid sparked more protests and blockades across the country.

Federal Conservative Leader Andrew Scheer said last week that Trudeau should tell Public Safety Minister Bill Blair to use his authority under the RCMP Act to end what he called the "illegal blockades."

But Trudeau shot back, arguing that Canada is not a country "where politicians get to tell the police what to do in operational matters."

Thus far, the public-facing part of Trudeau's plan appears to centre on discussions and negotiations, rather than police action.

Shortly after the emergency session in Ottawa, Bennett, the federal minister of Crown-Indigenous relations, sat down with her B.C. counterpart, Scott Fraser.

In a joint statement, Bennett and Fraser said they had sent a letter to the Wet'suwet'en hereditary chiefs saying the ministers were ready to meet to discuss their concerns.

Yet while the federal government appears to be pinning at least part of its hopes on that meeting to resolve the crisis, no date has yet been set.