Justin Trudeau, the Conservatives and the politics of deficits

Some historical clarification and lines of attack in the Commons suggests a debate over deficits can be encapsulated this way: one man's important investment is another's recklessness. Of course, that sidesteps more complicated questions about what public funds are being spent on, writes Aaron Wherry.

Of the deficits that the Conservative government ran for six consecutive fiscal years between 2008 and 2014, there was something of a confession from a former cabinet minister earlier this month.

"We did it because it was necessary," Lisa Raitt, now the Conservative finance critic, explained to the House of Commons two weeks ago, "and we felt bad about it."

However bad the Conservatives may have felt, they still managed to proclaim their Economic Action Plan with abundant signage and television advertising.

And maybe there is something to this framing. When the Conservatives acknowledged the need for a deficit, they claimed "regret." The Liberal government has not been dragged, reluctant and stricken, into spending into the negative. Rather, it has volunteered to do so, even if it might argue that a deficit is also now better than the alternative. That willingness might more easily lend itself to a charge of recklessness.

But, still perhaps a month away from the presentation of the budget, there is only the basic concept of a deficit to debate and only a game of guessing the number to be had. All of which is to reduce the complex undertaking of national governance and collective welfare to something like a football score.

There is, in the first place, some debate as to whether the Liberal government had a surplus when it took office.

"In just 100 days," Conservative leader Rona Ambrose reported this afternoon, "the prime minister has burned through the Conservative surplus that he inherited."

The Liberal benches erupted with laughter.

"Mr. Speaker," responded Justin Trudeau, "the previous government left us with a deficit this year."

The Opposition relies here on the accounting to date, the Liberals on the projected spending to end of the fiscal year in March. 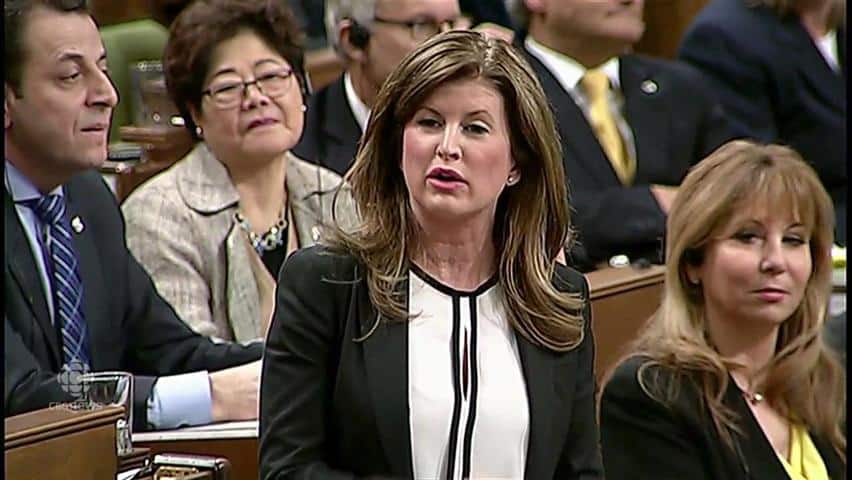 5 years ago
1:35
Justin Trudeau and Rona Ambrose spar over the size of the deficit ahead of the federal budget 1:35

For the sake of an impartial source, one might note that, in November and before accounting for any new policies, the Parliamentary Budget Office projected a surplus of $1.2 billion. Such a tiny surplus is relatively insignificant, but the Conservatives are obviously keen to establish that the Liberals are creating a deficit where one did not previously exist.

But then, while the PBO gave the Conservatives that surplus for 2015-2016, the budget office also projected deficits for the subsequent five fiscal years. That rather complicates the narrative.

Still, it is decidedly likely that the deficits of at least the next three years will be larger as a consequence of Liberal policy.

"What we have engaged with Canadians to do," Trudeau came back, "is to actually create the kind of growth that has been lacking for 10 years because of mismanagement of the economy by the previous government."

The measure of a deficit

One might have otherwise imagined the Conservatives struggling with some amount of awkwardness on the topic. In October 2008, with the global economy coming apart, Stephen Harper declared that his government would "never" go into deficit. A few months later, then finance minister Jim Flaherty projected deficits going forward of $33.7 billion, $29.8 billion, $13 billion and $7.3 billion. By 2015, those deficits were $55.6 billion, $33.4 billion, $26.2 billion and $18.4 billion, and an additional deficit of $5.2 billion had been tacked on.

Those deficits though were helpfully justified by a global economic crisis. And it is not at all clear that either of the other major parties would have run smaller deficits or balanced the budget faster, except insofar as neither would have reduced the GST by the two points the Conservatives cut, thus providing the federal treasury with billions in more revenue (though probably neither party would be eager to say as much now).

"Canadians care about balanced budgets and they care about deficits because they pay for it at the end of the day through loss of jobs and higher taxes," Raitt ventured today.

Given the figures above, this seems an odd thing for a former member of the Conservative cabinet to suggest.

"I will take no advice from the members across the way, who left us with an additional $150 billion worth of debt," Finance Minister Bill Morneau said a few moments later. "What we have to show for it is the lowest growth since the Great Depression, a couple of gazebos, and a fake lake."

This was rather unfair, not least to the gazebos (which were officially a gift to ourselves on the occasion of hosting the G8 summit).

Indeed, though Raitt didn't have an opportunity to come back officially, she soon tweeted that that debt had bought us, "1.2 million net new jobs, and lower taxes, and less children in poverty, and registered disability plans and …"

If only the Conservative critic hadn't just told the House that debt results in job losses and higher taxes. 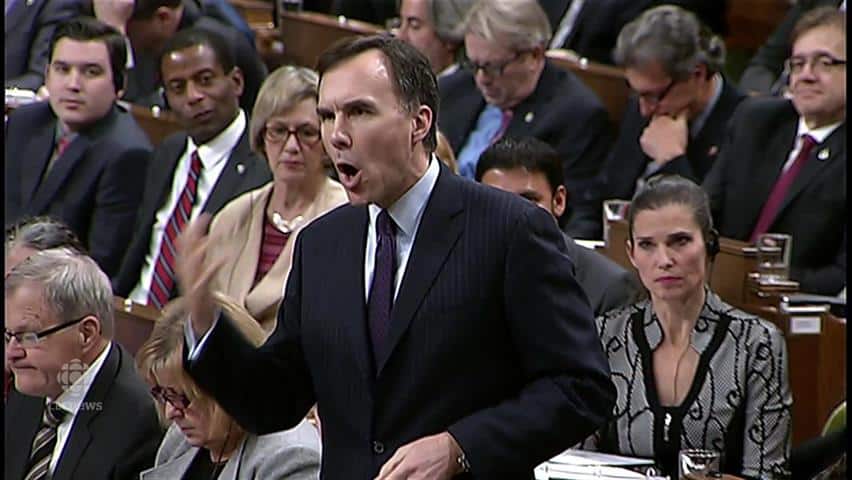 Lisa Raitt, Bill Morneau and whose debt is bigger

5 years ago
1:14
Finance Minister Bill Morneau tells Tory finance critic Lisa Raitt he will take no lessons in deficit financing from the Tories. 1:14

Somewhere here is the debate encapsulated: one man's important investment is another's recklessness, at least in terms of vague notions and big numbers.

Such is the limited utility of presenting a balanced budget — or spending or tax cuts, for that matter — as an end in and of itself. While no doubt a basically laudable goal, it allows everyone to sidestep the important, but more complicated, questions about what public funds are being spent on, where those funds might be spent on and how. It is one thing to lament for a deficit or accumulated debt, it is quite another to explain precisely which billions in spending you object to. (The Conservatives did not, for instance, spend $150 billion on gazebos.)

What the stimulus of 2009 amounted to was said by the Globe and Mail in 2014 to be a matter of some debate, though at least there is still this handy map. No official attempt was made to measure direct job creation.

The Liberals committed themselves to a deficit of $10 billion and it is indisputable that $20 billion or $25 billion — the sorts of deficits the Liberals might now be edging up to running — are larger numbers than $10 billion. It is also true that sometime after 2019 — the Liberals now edging away from a firm commitment to returning to balance — is later than 2019.

But it is also no doubt true that if the economy is humming along tickety-boo in 2019, the Liberals will argue that their deficits were wise and productive. However good or bad they feel about what they've done.