Canadians want to know how bad this could get. Is anyone ready to tell us?

In his recent public statements about the pandemic, Prime Minister Justin Trudeau has taken to using the language of war — appropriate for describing a threat so deadly and so fast-moving. But Canadians need more than metaphors. They need information.

Appeals to solidarity and community spirit are welcome — but at some point, people need to brace for the worst

Asked on Wednesday how this crisis might end, the prime minister insisted the story was still being written. Challenged to explain what the future might hold, Justin Trudeau directed everyone's attention to the present.

The prime minister's language on Wednesday was particularly stark.

"This is the largest economic program in Canada's history," he said of measures the federal government has outlined over the last three weeks to keep the economy alive.

"Canada hasn't seen this type of civic mobilization since the Second World War," he said of the massive effort to reorient Canadian society around a single overarching goal.

He referred to the pandemic as a "fight" Canada must win. The goal, he said, was to "defeat" COVID-19. And he returned to a theme of service.

"We all have to answer the call of duty," he said.

Trudeau's use of wartime language might help people understand how serious the current situation is.

But public pressure for more information is increasing. How long might we be in this battle? How brutal could it get?

That desire for answers has been intensified in recent days by the Trump administration's decision to release a projected death toll for the United States and the leak of a Canadian document that suggests at least some virus-related measures here could be in place until July.

Ultimately, the question for the prime minister is whether he is saying or doing enough to properly prepare Canadians for whatever might come next. 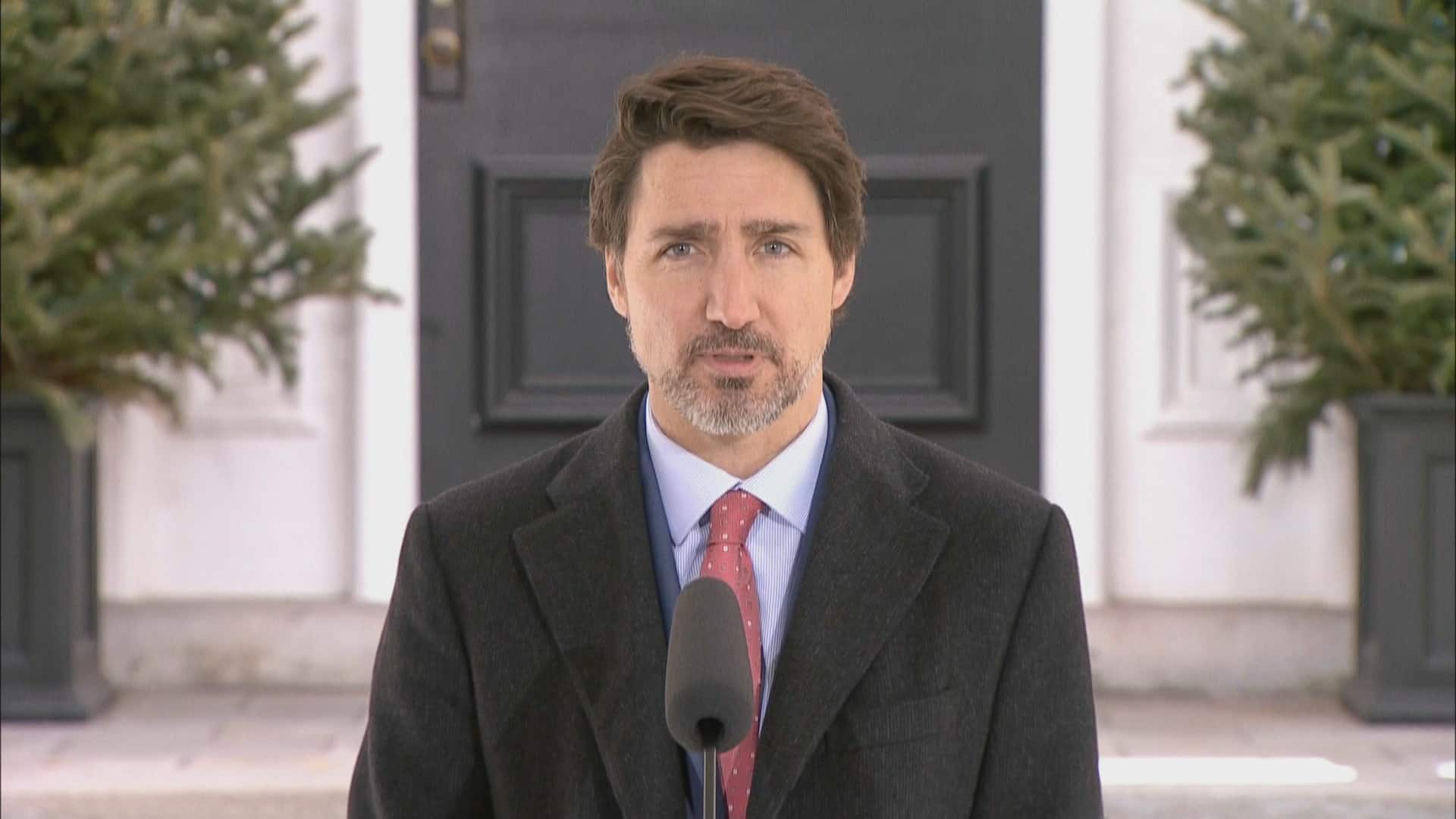 11 months ago
1:46
Prime Minister Justin Trudeau says the government is working with provinces to gather the best possible data and that more analysis or modelling on how the pandemic might unfold in Canada will be coming soon.  1:46

Asked about the future on Wednesday, Trudeau declined to be precise.

"I've said from the very beginning that there are a wide range of scenarios that we have been looking for, that we're planning for, that we are trying to work towards as a government, as a country," he said. "We know that they're going to be in place for a number of more weeks, perhaps more months, but everything depends on how Canadians behave."

From the start, Trudeau has framed the national response as a shared effort of governments and citizens.

The difference between the best- and worst-case scenarios

Predicting the spread and toll of a once-in-a-century pandemic — and the measures that might be necessary to counteract — is difficult.

On March 11, Health Minister Patty Hajdu said as few as 30 per cent of Canadians and as many as 70 per cent might eventually be infected by the novel coronavirus. That range covers anything from 11.3 million people to 26.3 million people.

It's not clear how much more precise the scientific and statistical models might have become over the last three weeks.

Federalism likely adds an extra degree of complexity; both the situation and the details of the response vary from province to province.

In that respect, individual provinces might be better positioned to offer their own individual projections — something no province has so far done.

That the situation in Canada could become much worse should not be lost on anyone at this point. The images and stories coming out of places like Italy and New York have been widely broadcast. Across the world, more than 45,000 people have died. Massive segments of Canadian society have been shut down or curtailed.

How long? How many?

But pockets of complacency still exist. Bylaw officers in Ottawa recently had to break up a child's birthday party that was attended by more than a dozen kids.

It's also natural to wonder about how long our lives might be disrupted or changed.

If the government told us tomorrow that 50,000 people might die in Canada (a number selected entirely at random), would that make anyone take this more seriously? Would it cause people to panic? Could it, perversely, lead some people to calculate that the official warnings have been overstated?

Is it possible we'll still be social distancing this summer? Is it possible some measures could be relaxed and then enforced again? The probable answer to both questions is 'yes'.

When the storm is bearing down, it might be tempting to set aside questions about what you'll do after it passes.

To the question of what happens next, Trudeau's reply is that it all depends on what we do now. Two weeks from now, it might be easier to say what the next two months will look like.

"How well we do this right now determines where our country will be in two weeks or in two months," Trudeau said on Wednesday. "It's in our hands. It's in your hands."

But as Canadian society shifts from scrambling to shut down to sheltering in place, it won't just be reporters asking questions about what's happening and where we're headed.

Rarely, if ever, has a leader gone into a war with a publicly stated projection of how many might die, or a particularly accurate forecast for how long it might take. So Trudeau might be forgiven for not rushing to offer predictions.

But we've seen too many leaders fail in the past to be honest and transparent when it comes to waging war. And there's a risk that leaders will be seen as hiding something if they're anything less than fully and totally transparent right now.

That, in turn, could make it harder to maintain the public's trust and support — which could undermine efforts to keep the pandemic in check.

Trudeau has called Canadians together. He has empathized, encouraged, cajoled, warned and scolded. He has shared stories of heroism and good citizenship. He has promised the government's support and he has tried to provide reassurance.

He has not hidden the fact that this won't be easy. And he has spoken in terms of "months."

The importance of what we do now can't be lost in a rush to figure out what happens next.

But at least part of the prime minister's task now is to prepare Canadians for how hard this could be — even in the best-case scenario.