Prime Minister Justin Trudeau said today that Canadians who have received letters suggesting they may have to repay emergency relief benefits shouldn't be concerned — at least for now.

'We're going to work with them and I don't want people to worry over Christmas,' Trudeau says

Prime Minister Justin Trudeau said today that Canadians who have received letters suggesting they may have to repay emergency relief benefits shouldn't be concerned — at least for now.

Trudeau said the government's goal in the early days of the pandemic was to help Canadians grappling with financial hardship and he understands that some people are now concerned about possible new debts.

The Canada Revenue Agency (CRA) has sent nearly 500,000 "educational" letters asking for more information from some recipients to determine if they actually met the income eligibility criteria for the Canada Emergency Response Benefit (CERB).

Some recipients who were found to be ineligible for the benefit have been encouraged to repay the money by Dec. 31 to avoid any 2021 tax troubles.

"We sent out those letters, but the message that I'm giving to Canadians is — if that letter is causing you anxiety, don't worry about it," Trudeau said in a year-end interview with the CBC's Rosemary Barton.

"You don't have to repay during Christmas. You don't have to think about Jan. 1 as any deadline and we're going to work over the coming weeks and months to make sure that there's a path forward that makes sense."

1 month agoVideo
1:25
Prime Minister Justin Trudeau sat down with the CBC's Rosemary Barton for a year-end interview, to air in full on Sunday morning. 1:25

Asked if he would consider waiving repayments altogether for people who applied for the benefit in error, Trudeau said the government will work with individuals on a case-by-case basis.

"Obviously lots of people are in different situations. Some of them are extraordinarily vulnerable, some of them made the mistake and would be able to pay back as tax time approaches," Trudeau said.

"We're gonna work with them and I don't want people to worry over Christmas. The system needs to be fair but it also needs to be there to support the most vulnerable. That's the decision we took from the beginning — we'll have Canadians' backs."

Trudeau said there are a number of "fraudsters out there" and the government maintained from the very beginning that it would be taking a trust-but-verify approach to benefit eligibility.

"Close to a million repayments of CERB have already been received by the Canada Revenue Agency because people realized, 'Oh, I didn't quite qualify,'" Trudeau said.

However, some self-employed Canadians thought that requirement meant all income, since there was no mention of expenses.

The CRA insists that self-employment income has always been defined as "net, pre-tax income," or gross income minus expenses. In other words, a self-employed person needed to earn over $5,000 after expenses were factored in to qualify for CERB. 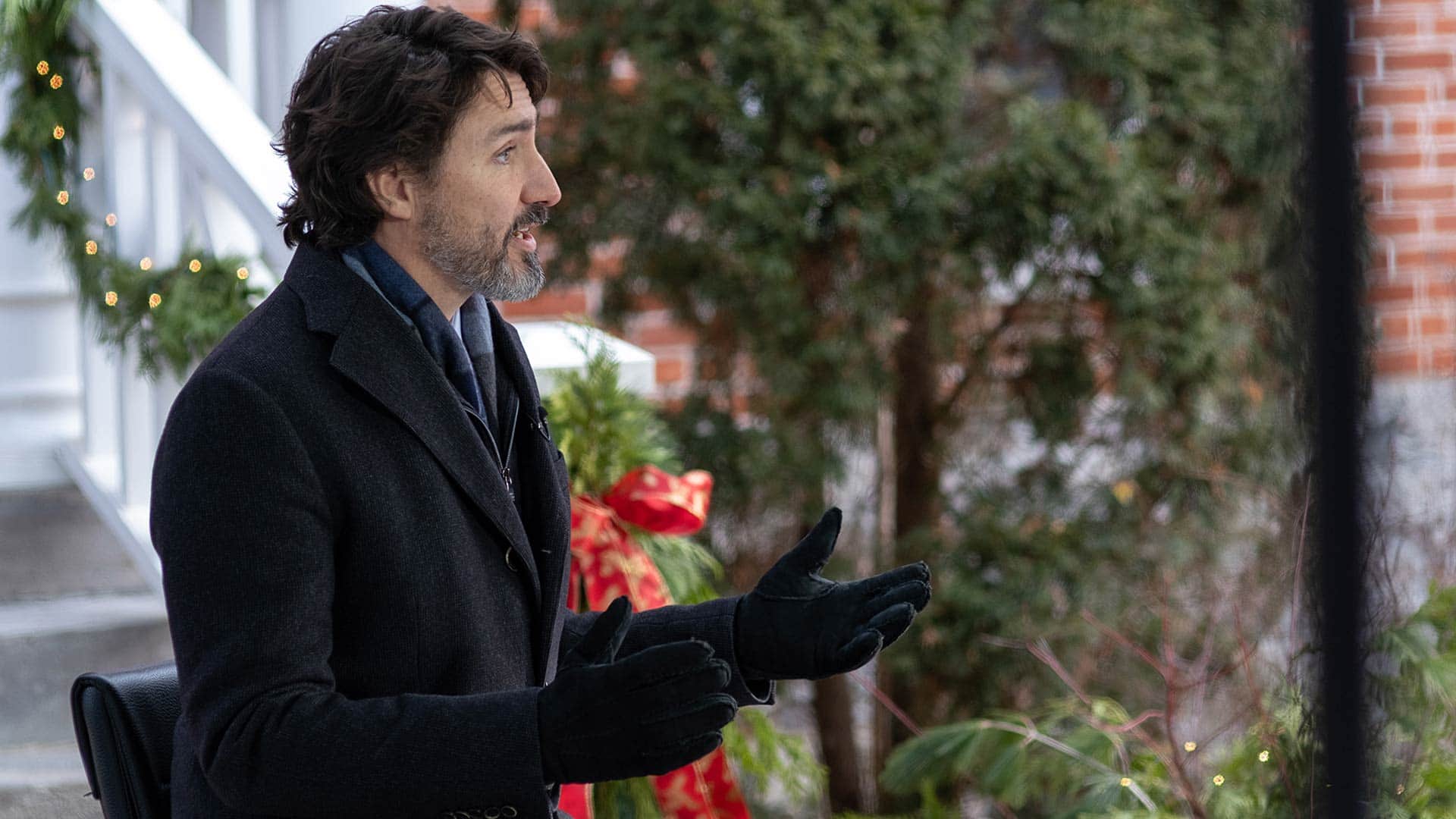 1 month agoVideo
1:50
Prime Minister Justin Trudeau told CBC’s chief political correspondent Rosemary Barton that his government is considering the options for Canadians who’ve been told they need to repay CERB by the end of the year. But his words may not reassure the hundreds of thousands who've received a notice from the Canada Revenue Agency. 1:50

But the word "net" was not included on the original "Who is eligible" page of the government's CERB website. The page detailing the eligibility requirements on Canada.ca still does not mention the word "net" when referring to income.

The letters also have been sent to people who didn't file 2019 tax returns and those who haven't yet shown proof of income.

A number of small business owners have told CBC News they're troubled by the prospect of having to repay thousands of dollars in relief benefits — especially when public health measures designed to curb COVID-19 continue to crush some sectors of the economy.

In an interview with CBC's Catherine Cullen Wednesday, Employment Minister Carla Qualtrough said she feels "bad" for Canadians who applied for the CERB thinking that they met the minimum income requirement, only to learn they might now have to repay thousands of dollars.

She added that the government is not currently considering letting everyone who applied in good faith off the hook.

"There's not a conversation happening right now where we would forgive people, where we would not require people who were not eligible to pay it back. No," she said.

NDP Leader Jagmeet Singh said Thursday it's "absolutely wrong" to ask these people to pay back the money.

"We've got these workers who applied for help, who absolutely qualified based on the rules that they were aware of, then after the fact the government is now changing, effectively, the criteria clarifying it," Singh told reporters.

"They're really just changing the criteria, and it is wrong to do so. We're hoping that with the pressure that we mount on the government, we can get them to back down on this."

With files from Philip Ling and Catherine Cullen