Prime Minister Justin Trudeau said today he wants to see every willing Canadian vaccinated before the next election — but pointed out that, as prime minister in a minority Parliament, it's not entirely up to him.

Prime Minister Justin Trudeau said today he wants to see every willing Canadian vaccinated before the next election — but pointed out that, as prime minister in a minority Parliament, it's not entirely up to him.

"From the very beginning of any minority Parliament, every political party understands that elections can happen. But as I've consistently been saying, we don't want an election," he told reporters outside Rideau Hall this morning after Canada's first virtual cabinet swearing-in ceremony.

Tuesday's shuffle was triggered by Liberal MP Navdeep Bains, who announced he would not to run in the next election in order to spend more time with family.

The shakeup sees Francois-Philippe Champagne replace Bains at Innovation, Science and Industry.  Marc Garneau moves from Transport to Champagne's old job as the country's top diplomat, while Mississauga Centre MP Omar Alghabra has been promoted to cabinet to take over Transport.

Winnipeg MP Jim Carr is returning as a full cabinet member. He stepped down as the minister of international trade diversification following a diagnosis of multiple myeloma after experiencing flu-like symptoms during the 2019 federal election campaign.

Today, Carr rejoins the cabinet table as a special representative for the Prairies.

When pressed to say whether the shuffle is part of preparations for an election, Champagne said Trudeau was looking to have ministers to serve "the long term."

"I think it goes without saying that the prime minister is looking ahead and certainly would want ministers to be present, to make sure we're facing one of the most challenging times in our nation's history, certainly with respect to the COVID crisis and economic recovery," he said during a media availability after the oath-taking ceremony.

WATCH | Trudeau on the possibility of an election 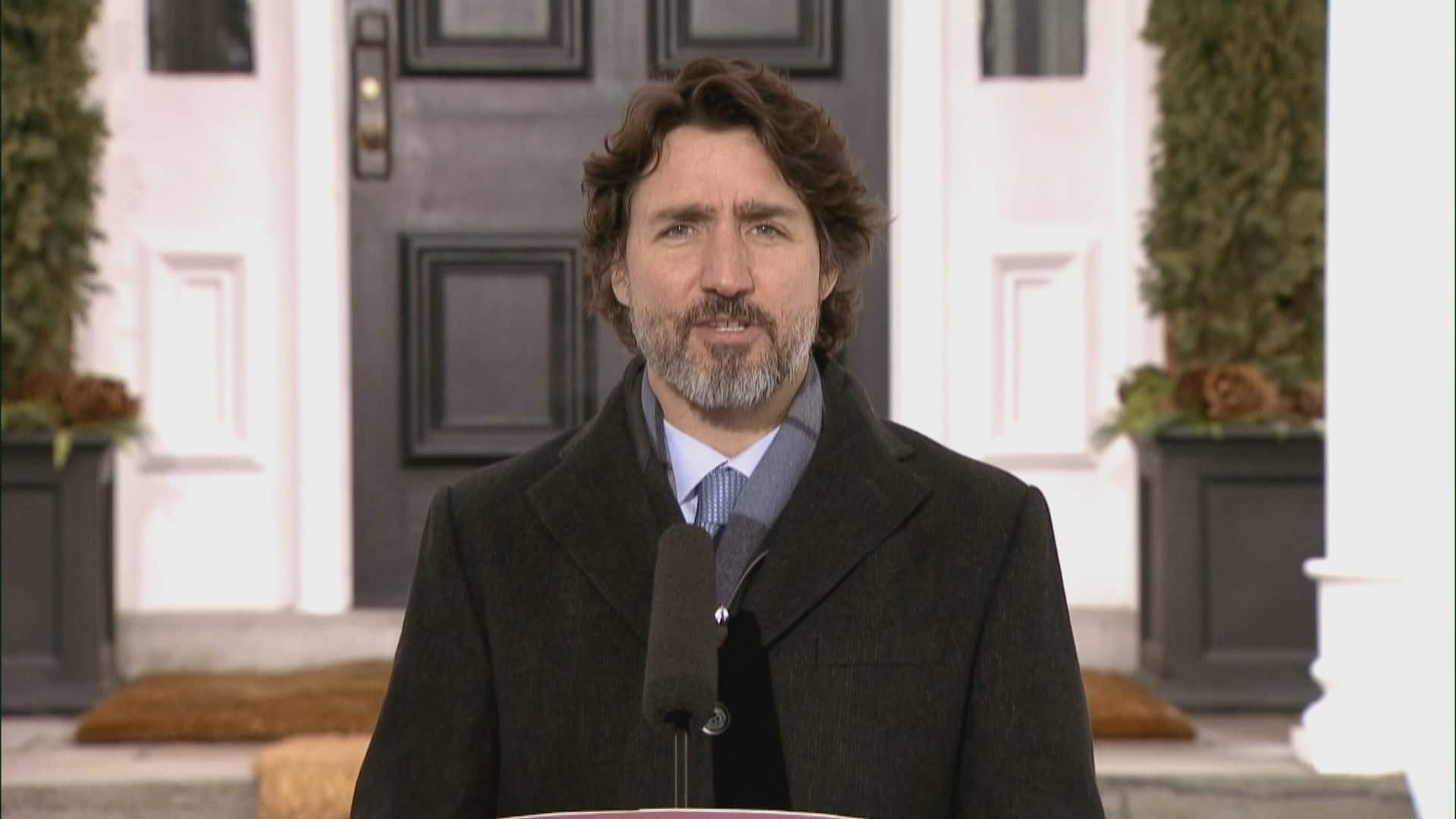 Trudeau on the possibility of an election

2 months ago
0:36
Prime Minister Justin Trudeau explains if he will call an election before every Canadian who wants to be is vaccinated. 0:36

Talk of an election comes as grim new pandemic modelling numbers emerging in Ontario suggest there will be more deaths in long-term care in the pandemic's second wave than there were in the first. Since Jan. 1 of this year, 198 long-term care residents and two staffers in Ontario have died of COVID-19.

Garneau's new role will see him forge a relationship with the incoming Biden administration in the U.S.

"I have lived in the United States nine years of my life, formed very strong relationships. Two of my children were born there. I believe very, very strongly that no bilateral relationship is more important than that of Canada with United States and it will continue to be that way," he said.

"We are inextricably linked, whether it's through trade, security or other matters. We are looking forward to working with the new administration under president Joe Biden and of course that will happen very, very shortly."

Garneau's role will also have him continue to push China for the release of Michael Spavor and Michael Kovrig. The two Canadians have been detained in China for two years over accusations of spying, charges widely seen as retaliation for Canada's arrest of Huawei executive Meng Wanzhou in December 2018. 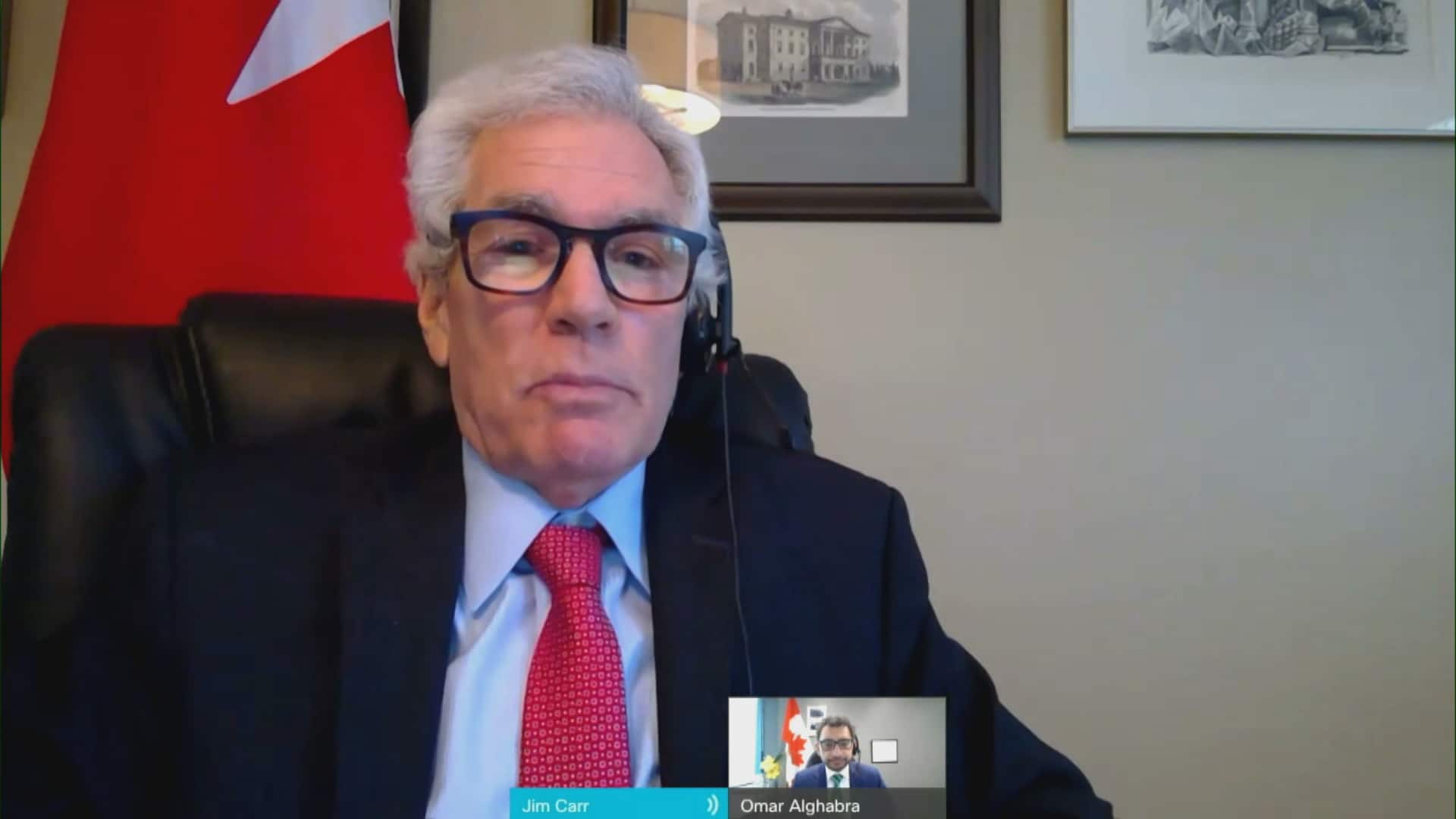 Carr will listen to the Prairie West

2 months ago
2:10
Manitoba Liberal MP Jim Carr rejoins cabinet as the special representative to the Prairies. 2:10

One of the hot files on Alghabra's desk will be the ongoing conversation with the airline industry, which has been pushing for a bailout package as the pandemic has dramatically slowed travel.

Soon after the oaths were taken Mike McNaney, president of the National Airlines Council of Canada, which represents Air Canada, Air Transat and WestJet, issued a statement urging for sector aid.

"Decisions made by the federal government in the coming weeks and months will directly and forcefully impact the future of Canadian aviation, the future of our employees, and the future of the communities we serve," he wrote.

WATCH | Alghabra reflects on his ascent to cabinet 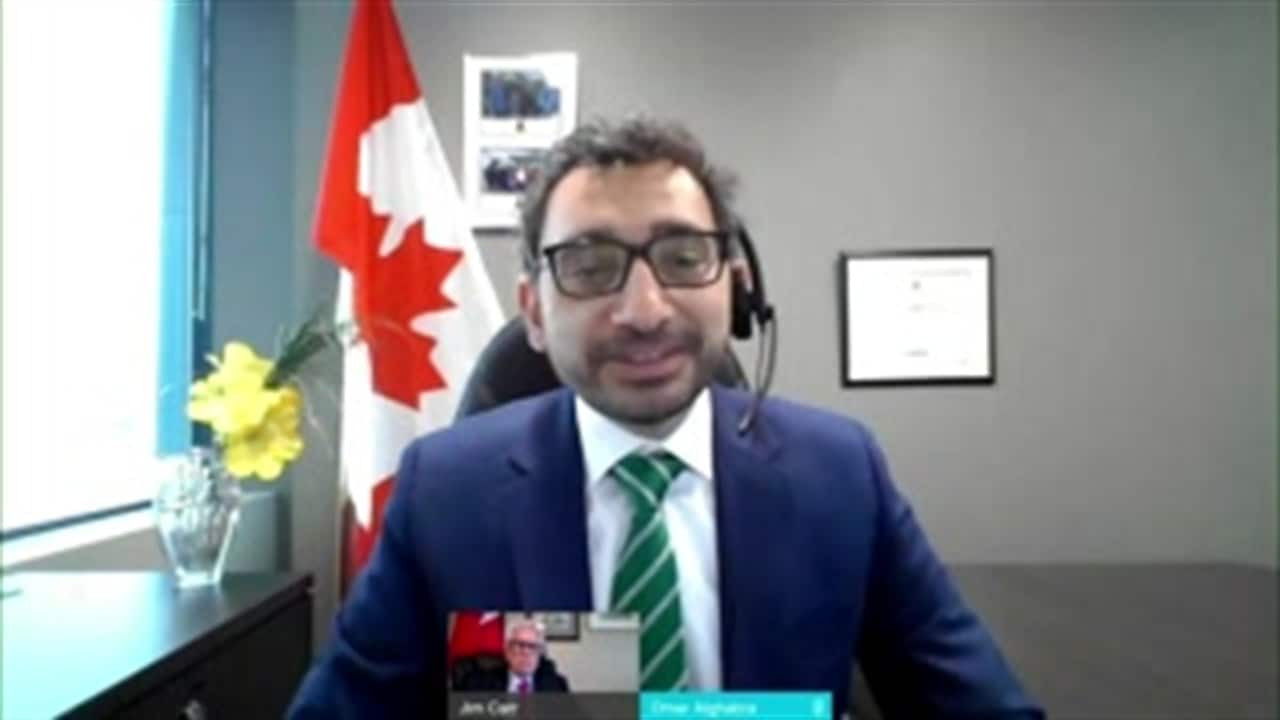 Omar Alghabra reflects on his ascent to cabinet

2 months ago
2:06
Omar Alghabra, the veteran Liberal MP from Mississauga, was sworn in on Tuesday as the minister of transport. 2:06

"Aviation is in crisis," his statement read. "We are losing connectivity and service to communities across Canada at a rate that threatens to unwind billions of dollars in investment made over the past ten years that has supported hundreds of thousands of jobs, and driven a level of connectivity and service that underpinned economic growth in every region of Canada."

Carr, who said in the spring he was returning to hospital for a stem cell transplant, said he hopes to bring a western perspective to the cabinet table.

"The most important part of my job is to listen to Prairie folk, which I've been doing for the last 14 months across a wide range of economic activity," he said.

"I hope to help the prime minister and my cabinet colleagues reach out to the West, reach out to the Prairie west, and to let people who live here just know how important the development of these provinces is for the good of the whole country. So I'll continue to do that, now around the cabinet."

Tuesday's swearing in ceremony with Gov. Gen. Julie Payette and Privy Council Clerk Ian Shugart was performed virtually due to the pandemic, a first in Canadian history.

My statement on my decision not to run in the next election and leaving cabinet:<br><br>Ma déclaration sur ma décision de ne pas me présenter aux prochaines élections et de me retirer du Conseil des ministres : <a href="https://t.co/c5OKDgXmfE">pic.twitter.com/c5OKDgXmfE</a>

In his farewell statement Bains said that after six elections he decided 2019 would be his last, and he is stepping away from cabinet.

"I have lived the Canadian dream; I am the son of a cabinet maker who had the opportunity to serve as a cabinet minister," he said in a statement posted Tuesday morning.

"But it's time for me to focus on the most important job I have in life — being a Dad."

The move comes just ahead of a virtual cabinet retreat scheduled for Tuesday afternoon.

Trudeau last had to shuffle his cabinet in August after former finance minister Bill Morneau announced he was stepping down from the key position amid the WE Charity controversy to run for a job as the next secretary general for the Organization for Economic Co-operation and Development (OECD).

Morneau was being investigated by Ethics Commissioner Mario Dion after revealing that he had to repay WE Charity $41,366 in travel expenses the organization had covered for him. Dion dropped his investigation in October.