Prime Minister Justin Trudeau has appointed Joyce Murray as Treasury Board president, filling the vacancy left by the abrupt resignation of Jane Philpott.

Prime Minister Justin Trudeau has appointed Joyce Murray as Treasury Board president, filling the vacancy left by the abrupt resignation of Jane Philpott.

Murray, a Vancouver MP, is a former provincial cabinet minister and has been parliamentary secretary to the Treasury Board president for several years. Her appointment maintains the Trudeau cabinet's gender balance.

Murray, who also was named the new minister of Digital Government, is one of 34 Liberal MPs who survived the party's rout in the 2011 election.

Philpott quit cabinet at the beginning of the month, citing a loss of confidence in how the government has responded to the SNC-Lavalin affair. Former attorney general and justice minister Jody Wilson-Raybould alleges she was inappropriately pressured to help the Quebec-based engineering firm secure a special legal agreement on charges of bribery and fraud.

This cabinet change — Trudeau's third in three months — was driven by a series of resignations, starting with former Treasury Board president Scott Brison, then Wilson-Raybould from her new posting at Veterans Affairs, then Philpott. Brison has retired from federal politics, while Philpott and Wilson-Raybould have expressed their intention to stay in the Liberal caucus despite leaving Trudeau's top team.

Speaking to reporters after her swearing-in ceremony, Murray said it's "great" Wilson-Raybould and Philpott are remaining in caucus.

"They're part of our team, and I hope that will continue to be the case."

Murray, who was opposed to the government's decision to buy the Trans Mountain pipeline expansion project, said Monday it's her job to represent the views of her constituents, while it's the job of cabinet and the prime minister to consider the best interests of the country.

"I will never accept that the pipeline is negative for climate change, because in fact it brought Alberta into the pan-Canadian framework, taking significant action to reduce greenhouse gas emissions so that we can meet our objectives as a country," she said. 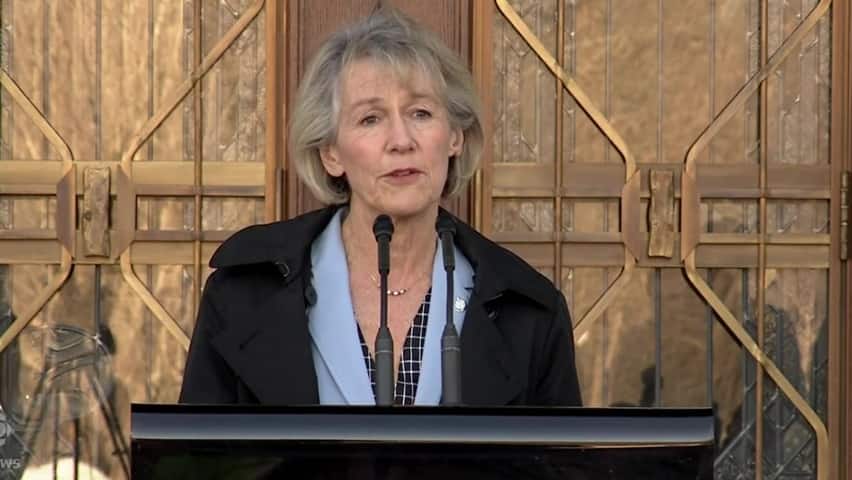 Murray asked if she will support PM on TMX expansion

2 years agoVideo
0:58
Newly sworn-in President of Treasury Board Joyce Murray is asked whether, as a cabinet member, she will support the TMX expansion, a project she opposed as an MP. 0:58

Murray said the two key areas of concern with Trans Mountain — marine environment protection and consultation with Indigenous groups — are now being addressed.

Trudeau did not answer questions from reporters at Rideau Hall. He welcomed Murray to cabinet on Twitter, calling her a "trusted voice for her community" and noting she has spent 25 years as a successful businesswoman and environmental advocate.

Congratulations <a href="https://twitter.com/joycemurray?ref_src=twsrc%5Etfw">@joycemurray</a>, new President of the Treasury Board and Minister of Digital Government. You will be great. Félicitations!

On March 5, the day after Philpott resigned, Murray issued an open letter to her constituents expressing "absolute confidence" in the integrity of the prime minister. She praised the work the Liberal caucus is doing on climate action, poverty alleviation, housing affordability and reconciliation with Indigenous peoples, among other issues.

She said that under Trudeau's leadership, Liberal MPs have had "wide latitude" to express and to vote their views, even when they are not aligned with the government's perspective. 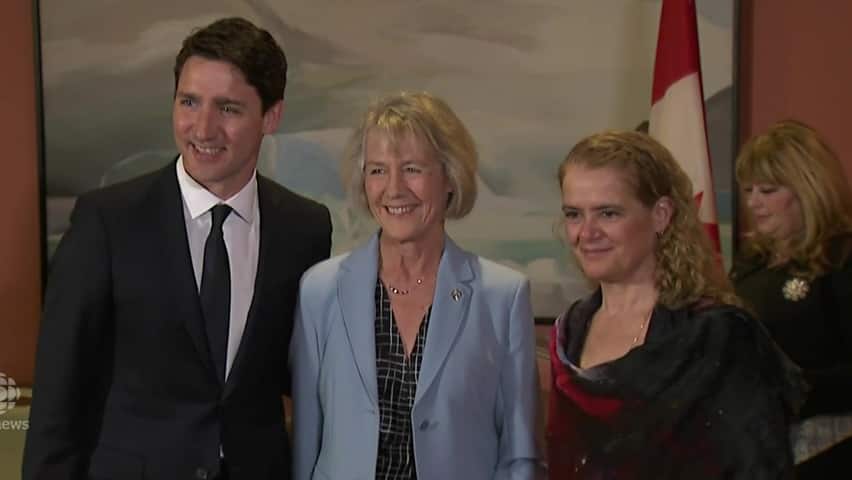 Joyce Murray sworn in as newest member of Trudeau's cabinet

2 years agoVideo
1:43
Joyce Murray has been sworn in as President of Treasury Board and the Minister of Digital Government to fill the vacancy left by the resignation of Jane Philpott over the SNC-Lavalin scandal. 1:43

"In a truly diverse and representative cabinet, a range of perspectives on a common event should be considered healthy and normal," she wrote. "People inevitably experience an event or conversation through the lens of their own unique personality and background. These different perspectives have resulted in controversy and strong feelings among some members of the public."

Treasury Board isn't a very public role, but it oversees accountability and ethics, financial, personnel and administrative management, controllership, approval of regulations and cabinet orders. The president oversees management of the public purse and ensures government is well managed.