Liberal Leader Justin Trudeau says he knows now that his decision to dress up in brownface and a turban for a gala at a private school where he worked 18 years ago was a racist thing to do and he is now "deeply sorry."

Liberal Leader Justin Trudeau says he knows now that his decision to dress up in brownface and a turban for a gala at a private school where he worked 18 years ago was a racist thing to do and he is now "deeply sorry."

Trudeau also admitted there was a second instance of racist behaviour. "When I was in high school I dressed up at a talent show and sang Day-O with makeup on," he said.

Speaking to reporters on his campaign plane, Trudeau apologized for his actions, saying that he now recognizes his actions were racist.

"In 2001, when I was a teacher in Vancouver, I attended a gala. The theme was Arabian Nights. I dressed up in an Aladdin costume and put makeup on. I shouldn't have done that. I should have known better, but I didn't and I'm really sorry.

"I take responsibility for my decision to do that. I shouldn't have done it. I should have known better. It was something that I didn't think was racist at the time, but now I recognize it was something racist to do and I am deeply sorry."

The 2001 incident  was brought to light Wednesday evening by an article in Time Magazine.

The article details how the picture of Trudeau appears in the 2000-01 yearbook of the West Point Grey Academy, a private school in Vancouver.

Time Magazine said Vancouver businessman Michael Adamson, who was a part of the West Point Grey Academy community, brought the photograph to the magazine's attention because he said he thought it should be made public.

Another image that appears to be Trudeau at the same school gala was posted in an April 2001 newsletter for the Vancouver school. The additional image, which is available in an online archive, surfaced after Trudeau first addressed his use of brownface and apologized for it.

Asked if he should resign his position as Liberal leader based on both incidents, Trudeau made the case that incidents like this should be treated on a "case-by-case" basis.

"There are people who make mistakes in this life and you make decisions based on what they actually do, what they did and on a case-by-case basis. I deeply regret that I did that. I should have known better but I didn't," he said. 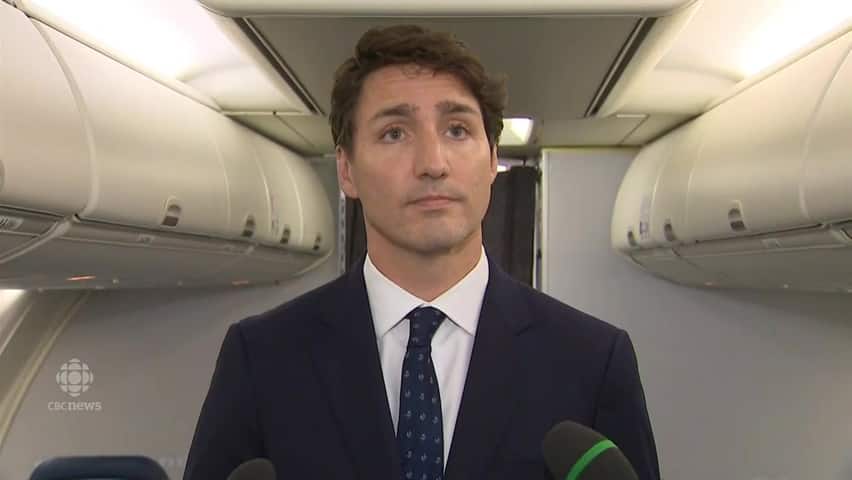 1 year agoVideo
11:31
"I shouldn't have done that, I should have known better but I didn't and I'm deeply sorry," Liberal Leader Justin Trudeau says to reporters about brownface incident. 11:31

Trudeau said that he found out the story was going to break earlier in the day.

Asked if he understood why brownface and blackface was so hurtful to minorities Trudeau said he did.

"I think it's well known that communities and people that live with intersectionalities and face discrimination the likes of which I have never personally had to experience is a significant thing that is very hurtful and that is why I am so deeply disappointed in myself," he said.

Conservative Leader Andrew Scheer said both incidents prove that Trudeau is not fit to hold the office of prime minister.

"Like all Canadians, I was extremely shocked and disappointed when I learned of Justin Trudeau's actions this evening," Scheer said. "Wearing brownface is an act of open mockery and racism. It was just as racist in 2001 as it is in 2019.

"And what Canadians saw this evening was someone with a complete lack of judgment and integrity and someone who is not fit to govern this country." 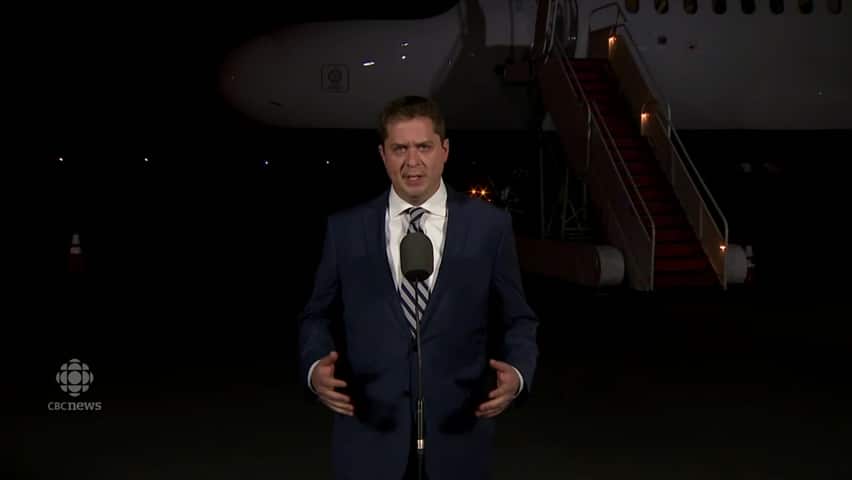 "Not fit to govern this country," Scheer says

"It's making a mockery of someone for what they live and what their lived experiences are," Singh said. "I think he needs to answer for it. I think he needs to answer the question why he did that and what does that say about what he thinks about people who, because of who they are, because of the colour of their skin, face challenges and barriers and obstacles in their life."

"Racism is real. People in this room have felt it, have heard this story. I've experienced it in my life. he's got to answer those questions." 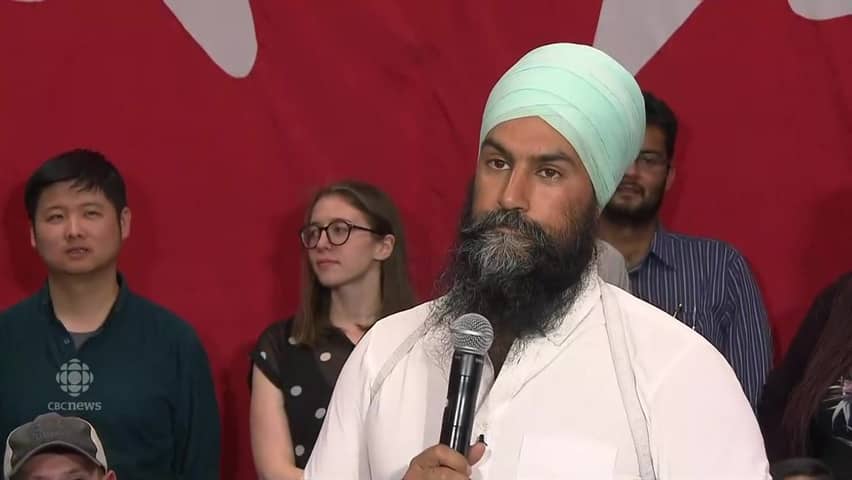 After Trudeau's apology Singh delivered a message to Canadian children of colour. 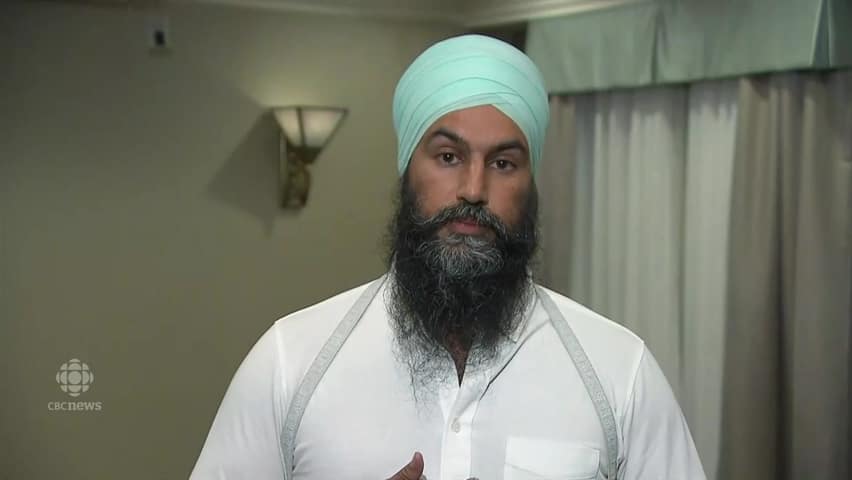 'You have value, you have worth,' Singh says

1 year agoVideo
0:48
'You have value, you have worth, you are loved,' NDP Leader Jagmeet Singh said to people who may be hurt over Liberal Leader Justin Trudeau's brownface. 0:48

The National Council of Canadian Muslims said Trudeau's appearance in brownface was "reprehensible."

"Seeing the prime minister in brownface/blackface is deeply saddening," said NCCM's Executive Director Mustafa Farooq in a Tweet. "The wearing of blackface/brownface is reprehensible, and hearkens back to a history of racism and an Orientalist mythology which is unacceptable." 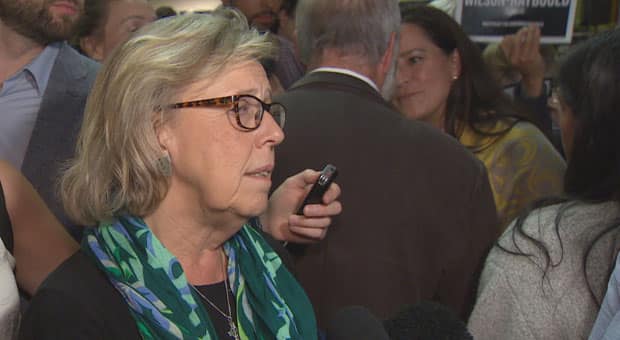 The council said that while it recognizes that people can change and evolve over time, it was critical that Trudeau "unequivocally apologizes" for the incident. After Trudeau made his public apology, the NCCM issued another tweet thanking him.

I am deeply shocked by the racism shown in the photograph of Justin Trudeau. He must apologize for the harm done and commit to learning and appreciating the requirement to model social justice leadership at all levels of government. In this matter he has failed.

With files from Olivia Chandler