Canadian Prime Minister Justin Trudeau hobnobbed with business and political leaders — and three of the world's biggest celebrities — at a dinner reception in the Swiss Alps for the World Economic Forum.

World Economic Forum attracts not only political and business leaders, but actors and rock stars

Justin Trudeau hobnobbed with celebrities at Davos in the Swiss Alps for the World Economic Forum.

Sources tell CBC News that Trudeau had the chance to chat with Bono, whose advocacy work on a variety of issues has made him a regular at the annual Davos summit, as well as House of Cards star Spacey, who plays the president of the United States in the popular Netflix series, and is speaking at the summit Thursday about the "theatricality of American politics in this election year."

Oscar-nominated star DiCaprio, who received an award at the WEF summit on Tuesday for his work on environmental causes, arrived as Trudeau was about to leave, and they also had a brief chat.

The prime minister attended the dinner after delivering an impassioned pitch to the summit's elite audience to invest their money in Canada.

"If you are looking for a country that has the diversity, the resilience, the positivity and the confidence that will not just manage this change, but take advantage of it, there has never been a better time to look to Canada," Trudeau said.

The reception came only hours after DiCaprio delivered a scathing speech denouncing the fossil fuel industries. 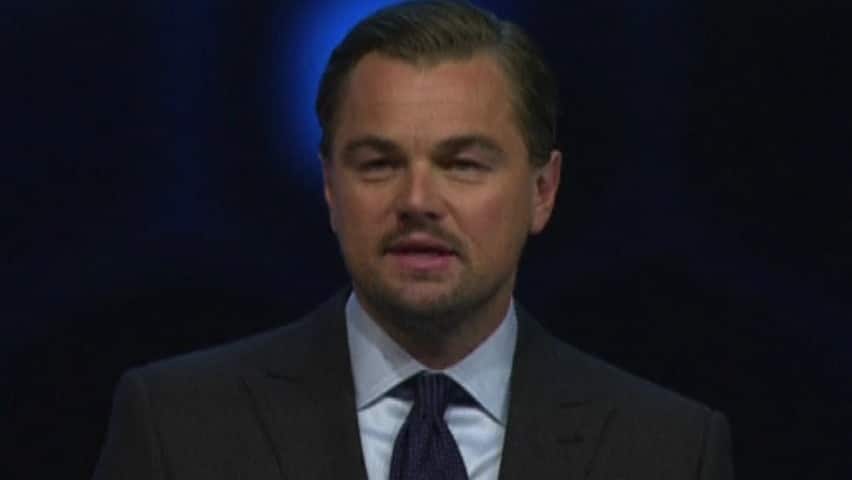 5 years ago
0:57
Actor Leonardo DiCaprio was honoured for his work against the climate crisis and then he blames corporate greed for climate crisis. 0:57

"We simply cannot afford to allow the corporate greed of the coal, oil and gas industries to determine the future of humanity," DiCaprio said, telling the audience climate change is the great challenge of our time.

"Those entities with a financial interest in preserving this destructive system have denied and even covered up the evidence of our changing climate," said the star of The Revenant.

DiCaprio announced at Davos that his foundation would donate $15 million US to environmental projects. 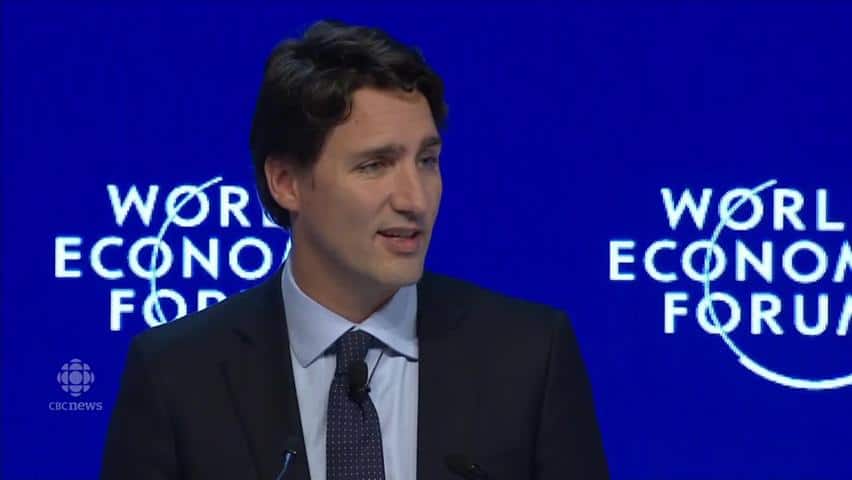 5 years ago
2:09
Prime Minister Trudeau promotes foreign investment in the Canadian economy at the World Economic Forum in Davos 2:09