Prime Minister Justin Trudeau and a large group of his ministers and MPs joined elders and Indigenous leaders at dawn Tuesday for a smudging ceremony to kick off National Aboriginal Day.

Sunrise smudging ceremony kicks off festivities across from Parliament Hill

Prime Minister Justin Trudeau and a large group of his ministers and MPs joined elders and Indigenous leaders at dawn Tuesday for a ceremony kicking off National Aboriginal Day.

Wilson, who is Algonquin, is an associate deputy minister at Public Safety Canada.

After greeting the Indigenous leaders and elders present, Trudeau joined 12 Métis, Inuit and First Nations youth for an early morning paddle in a voyageur canoe provided by the Métis Nation of Ontario.

The buckskin jacket Trudeau wore belonged to his father, the prime minister's office said in an email to CBC News. 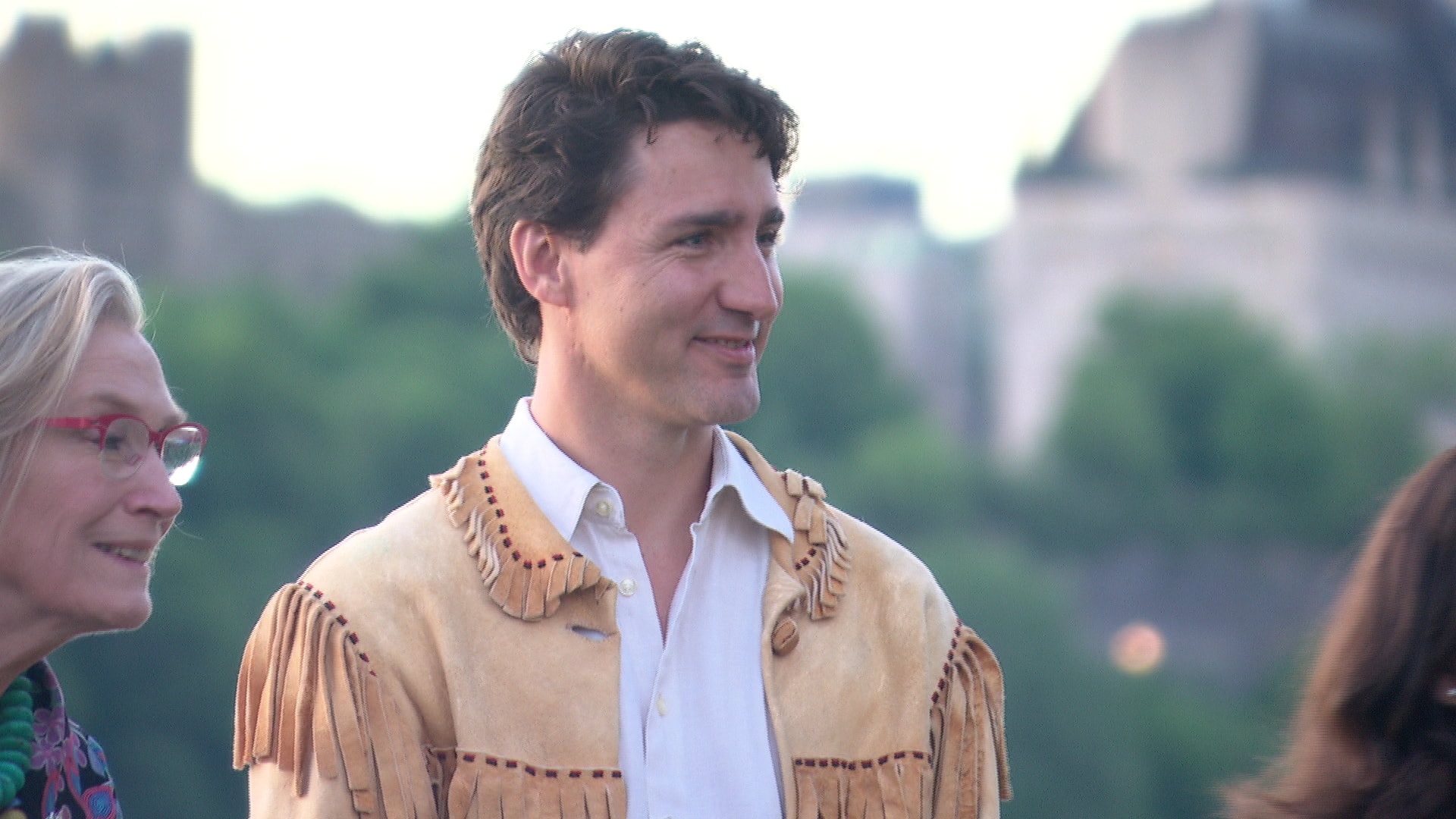 "Events over the past few months — including the loss of life to suicide and the feelings of despair felt in some communities — remind us that we must work in genuine partnership with Indigenous peoples, the provinces, and the territories to better support the well-being of children and families, improve the quality of education for Indigenous students, and ensure health services meet the needs of Indigenous communities," Trudeau said in a statement.

"Together, we will think seven generations out — as the Iroquois have taught — as we listen to Indigenous voices on environmental matters, build necessary roads, bridges, and water and wastewater infrastructure, and ensure a better and brighter future for Indigenous peoples in Canada."

Gov.-Gen. David Johnston and his wife Sharon are in Brantford, Ont. Tuesday to visit the Woodland Cultural Centre, a former residential school. Their participation in the ongoing reconciliation process is part of the governor general's role as an honourary witness for the Truth and Reconciliation Commission.

"This day is an opportunity to celebrate the incredible cultural diversity, ancestral heritage and significant achievements of Aboriginal peoples," Johnston said in a statement released by Rideau Hall.