Prime Minister Justin Trudeau says he's hoping Canada will adopt just one contact tracing app to encourage use across the country in an effort to slow the spread of the novel coronavirus.

Prime Minister Justin Trudeau says he's hoping Canada will adopt just one contact tracing app to encourage its use across the country to slow the spread of the novel coronavirus.

"It is our expectation that when the time comes for that to be released, we will be able to recommend strongly to Canadians a particular app that will help us manage the spread of COVID-19," he told reporters this morning during his daily briefing outside Rideau Cottage.

Contact tracing — the practice of tracking people who may have come in contact with an infected person in order to get them tested and isolated — is widely viewed as vital to a country's pandemic recovery.

While most provinces are performing that work with volunteers, conversations and negotiations have been going on with technology companies for weeks about the development of smartphone apps to bolster the effort.

Alberta is already out with its own app, called ABTraceTogether. That has some people worrying about a patchwork of apps across the country that could lead to low uptake numbers and inconsistent data.

Trudeau said the federal government will have more to say about a contact tracing app "in the coming days or weeks."

"In order for people to move around freely and start getting back to normal life, we have to improve our ability to quickly pinpoint the virus and isolate it," he said.

In a rare collaboration, Apple and Google released long-awaited smartphone technology Wednesday that notifies people automatically if they may have been exposed to the coronavirus. It uses Bluetooth wireless technology to detect when someone who downloaded the app has spent time near another app user who later tested positive for the virus.

The tech giants are providing the software, but public health agencies around the world will have to develop their own contact tracing apps. In an attempt to promote app use and avoid a patchwork of apps, Apple and Google are restricting use of their technology to one app per country — leaving some room for exceptions.

Trudeau said the federal government has been in talks with Apple and Google.

"Around the world there have been a number of different developed, Singapore, Australia, other places.  One of the challenges that those apps have encountered is that it has to sit in the foreground of your phone and drains the battery," he said.

"That's why the fix that Apple and Google are talking about bringing in in the beginning of June will be extremely important as a base for an effective contact tracing or exposure notification app."

Speaking in French, Njoo said that while such an app could be a useful tool, it won't be a "silver bullet."

The app the federal government ultimately decides to recommend likely will also receive scrutiny from privacy experts — who already have raised concerns about how much data these emerging technologies collect and how that information is stored.

"Any app that doesn't have a privacy area in it, that's going to be difficult," he said.

Trudeau also is urging the provinces to lean on the federal government's resources to help trace cases of COVID-19 and slow infections.

"While provinces and territories are managing testing and contact tracing differently, our government has trained federal employees who can make 3,600 contact tracing calls a day, seven days a week," he said.

Statistics Canada also has another 1,700 interviewers who can make up to 20,000 calls a day, the prime minister said.

"We have been reaching out over the past week to all provinces to determine what their plan is on contact tracing, what exactly they are doing and whether or not they need more help," said Trudeau.

"We certainly hope to hear back from the provinces that could need this quickly, to tell us whether and how they want us to help. A number of provinces have, some have not yet."

Contact tracing and testing capacity were the main topics of the prime minister's call with the premiers Thursday evening. Trudeau has suggested Ottawa is willing to step up with financial and logistical support to improve testing levels.

"We need to continue scaling up our testing capacity so we can quickly identify new cases and isolate them. We're working with provinces and territories to expand testing by procuring things like reagents and swabs," he said.

In Quebec, which remains the hardest hit province in the country — 720 new coronavirus cases and 82 deaths reported Thursday alone — the latest public health data provide no clear information on why the virus continues to spread even after months of lockdown.

Next door in Ontario, where the number of new daily coronavirus cases continues to inch upwards, testing has fallen far below targets and the source of infection for many new cases remains a mystery.

Trudeau said Ontario already has taken up Ottawa's offer to do some of the manual calls.

"We're already helping to make calls in Ontario and stand ready to help anywhere else," he said. 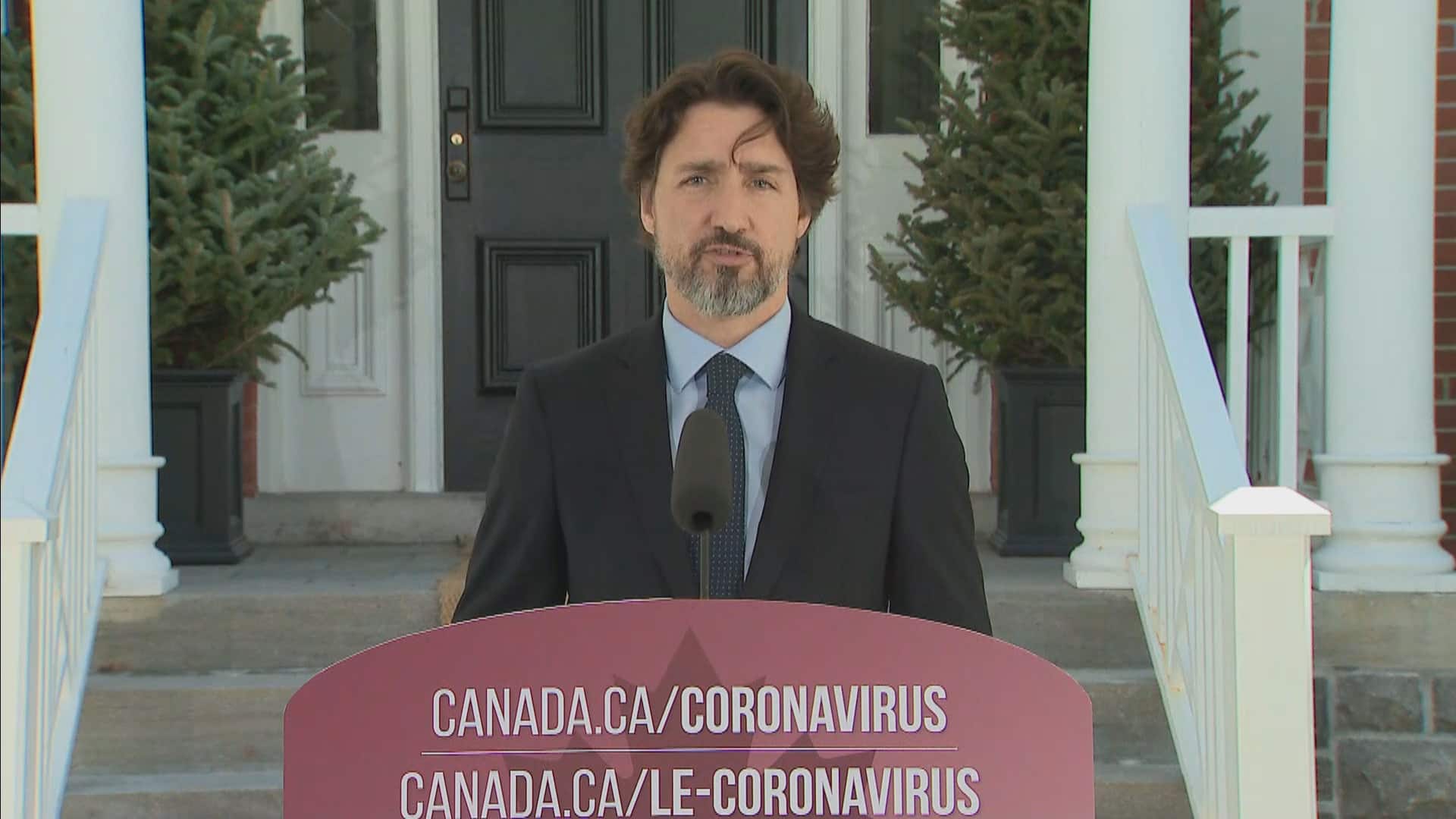 10 months ago
1:18
Prime Minister Justin Trudeau says the government is working with several partners on potential COVID-19 contact tracing applications, but hopes Canada will adopt just one to encourage its use across the country. 1:18

With files from the CBC's Adam Miller and the Associated Press