Prime Minister Justin Trudeau says he plans to speak with members of his cabinet Wednesday to discuss "next steps" in the ongoing anti-pipeline protests that have hamstrung the country's rail network.

Prime Minister Justin Trudeau says he plans to speak with members of his cabinet Wednesday to discuss "next steps" in the ongoing anti-pipeline protests that have hamstrung the country's rail network.

"This is an issue that is of concern," Trudeau said during a news conference in Senegal Wednesday morning.

"Obviously it's extremely important to respect the right to freely demonstrate peacefully, but we need to make sure the laws are respected. That's why I'm going to be engaging with our ministers and looking at what possible next steps there are.

"I am encouraging all parties to dialogue, to resolve this as quickly as possible."

One of the parties he'll call will undoubtedly be Transport Minister Marc Garneau.

Watch: Trudeau says protesters must respect the rule of law 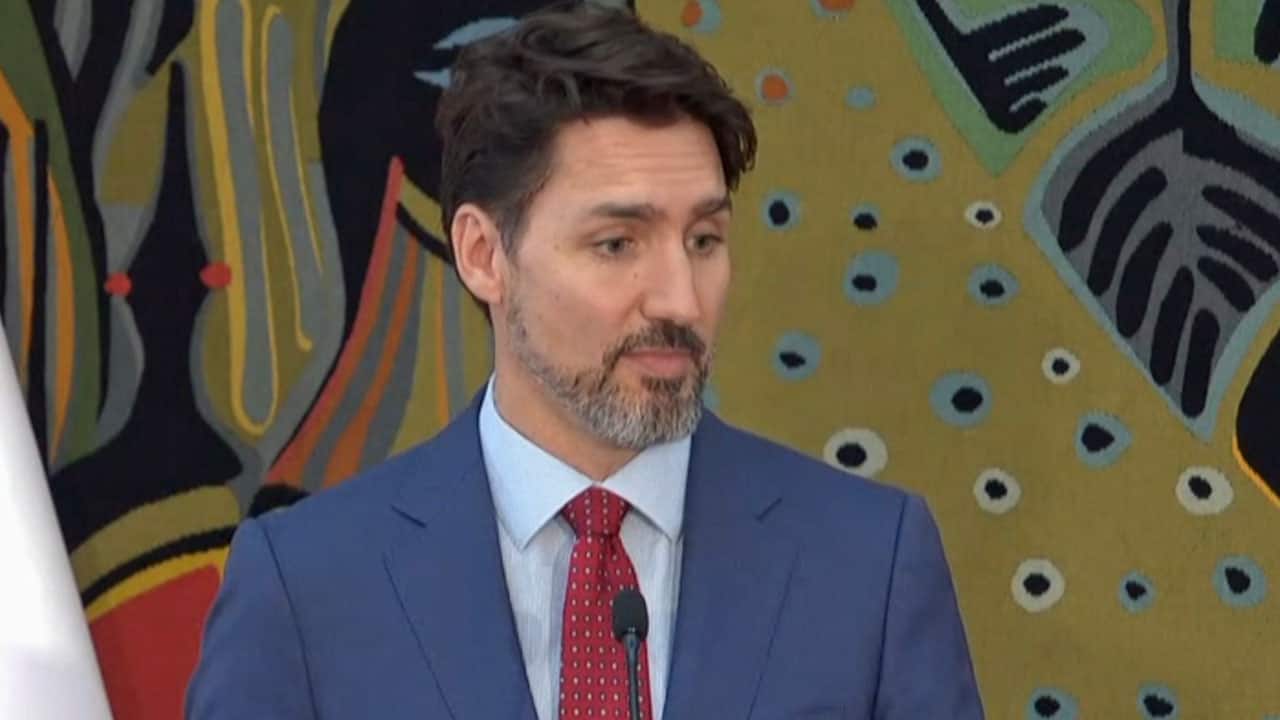 Trudeau talks protesters and the rule of law

11 months agoVideo
0:33
Prime Minister Justin Trudeau will speak with his ministers today about Coastal Gaslink protests across the country. 0:33

On Tuesday, the transport minister said the federal government is "very concerned" after CN Rail said the railway has no choice but to temporarily shut "significant" parts of its network because of blockades by protesters near Belleville, Ont., and New Hazelton, B.C.

J.J. Ruest, the president and CEO of CN Rail, said the protests threaten industry across the country, including the transport of food and consumer items, grain, de-icing fluid used at airports, construction materials, propane for Quebec and Atlantic Canada, and natural resources like lumber, aluminum and coal.

Via Rail has also had to cancel hundreds of trips along the Toronto-to-Montreal corridor.

The Tyendinaga Mohawk protests in southern Ontario have halted freight and passenger rail traffic since Thursday. The Mohawks involved say they are standing in solidarity with the Wet'suwet'en hereditary chiefs who oppose the Coastal GasLink pipeline in northern B.C.

Ontario Provincial Police told demonstrators near Belleville Wednesday to clear the area or face arrest. The protesters ignored a request by the Tyendinaga Police Service to voluntarily leave the blockade site near the CN railway tracks.

Tyendinaga Mohawk activists have said they won't end their demonstration until the RCMP leaves the traditional territory of the Wet'suwet'en, where there have been numerous arrests of demonstrators who have been blocking an access road to the natural gas pipeline construction site.

Hereditary chiefs from the Gitxsan, a nation that neighbours the Wet'suwet'en, are leading the B.C. blockade of railways leading in and out of the Port of Prince Rupert.

While they met with the RCMP Wednesday, the chiefs have vowed to keep their barriers in place.

The Wetʼsuwetʼen hereditary chiefs maintain they have sole authority over 22,000 square kilometres of the nation's traditional territory, and did not give consent to the Coastal GasLink proponent, TC Energy, to build in the area.

While opposed by the hereditary chiefs, all 20 First Nations impacted by construction of the natural gas project have signed impact benefit agreements with TC Energy. The elected Indian Act band council of the Wet'suwet'en First Nation has also given the go-ahead to TC to build the project, which will employ hundreds of local Indigenous people.

There is an ongoing internal dispute among the Wet'suwet'en people over who can legitimately lay claim to the title "hereditary chief," and whether those chiefs should represent the larger community in its dealings with the courts, the provincial government and the pipeline proponent.

He said the federal government needs to establish a "nation to nation" relationship with the Wet'suwet'en and respect their constitutionally protected Aboriginal and title rights on their traditional territories.

"I get it, the RCMP, they're sworn to uphold common law and civil law. At the same time, if you want real reconciliation in Canada, you'll have respect for First Nations law and jurisdiction because there's another rule of law," he said.

"We have our own lands, our laws, our languages, our own identifiable forms of government that needs to be respected." 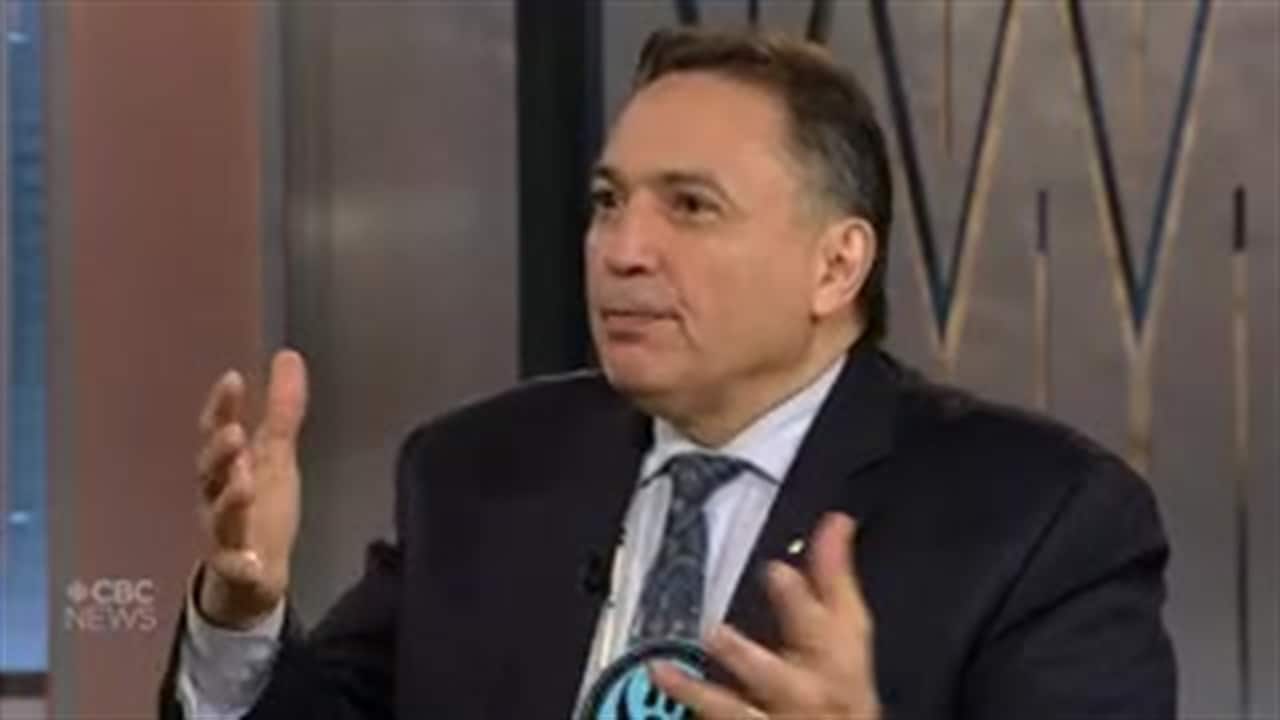 The B.C. Supreme Court, which issued the injunction allowing police to clear away protesters near the Coastal GasLink site, ruled in December that Wet'suwet'en customary laws "clearly exist" but are "not recognized as being an effectual part of Canadian law."

Moreover, Wet'suwet'en land claims remain outstanding and have not been resolved either by litigation or negotiation, the court found in its Dec. 31, 2019 ruling.

The court said Coastal GasLink has received all the necessary provincial permits to build the pipeline and the hereditary chiefs "are seeking to exclude the application of British Columbia law within Wet'suwet'en territory, which is something that Canadian law will not entertain."

As for the other protests nationwide, Bellegarde said he'd like the RCMP and local police forces to avoid arresting Indigenous activists.

Bellegarde said that without these protests, there wouldn't be a conversation going on right now about the place of Indigenous law in Canadian jurisprudence.

"I know there's an inconvenience. We're all in this country together. Reconciliation is not easy. Let's roll up our sleeves and get to the table. Everyone has a voice," he said.

"After centuries of colonialism, the way forward is not easy, but refusing to talk and pretending the federal government has no role is a failure of leadership," he tweeted Wednesday.

"Across the country, the situation is escalating. [Trudeau] must return to Canada and meet with the chiefs."