Trudeau has options to ponder for bringing Alta., Sask. interests to the cabinet table

Having won a minority in the House of Commons, but no seats in Alberta or Saskatchewan, Prime Minister Justin Trudeau is now contemplating which options he will employ to ensure those provinces have representation at the federal cabinet table.

Having won a minority in the House of Commons, but no seats in Alberta or Saskatchewan, Prime Minister Justin Trudeau is now contemplating which options he will employ to ensure those provinces have representation at the federal cabinet table.

"I will be reaching out specifically to westerners to hear from them ... to talk about how we can make sure that the concerns, the very real concerns of Albertans, are being addressed and reflected by this government," Trudeau said Wednesday, acknowledging the problem.

"This is something that I take very seriously, as a responsibility, to ensure that we are moving forward in ways that benefit all Canadians. I will be listening, and working, with a broad range of people to ensure that happens."

While the challenge is substantial, there are a number of ways Trudeau can ensure Saskatchewan and Alberta are heard in Ottawa. The most well known is to simply appoint senators from these provinces to cabinet. The Senate was crafted with the aim of regional representation in mind, but Trudeau's decision to make the upper chamber independent has complicated the issue.

Sen. Yuen Pau Woo, head of the Independent Senators Group, for example, said on Tuesday that appointing a member of the Senate to cabinet would run counter to Trudeau's independence agenda.

"That would be a departure from what the prime minister has said was his plan for the Senate, i.e., that senators are independent, that they do not represent the government, [that] they are not part of the government."

If that option is off the table, Melanee Thomas, an associate professor in the University of Calgary's political science department, said she is not overly concerned. She said that as the Senate moves away from its partisan character — and history of being a bastion of patronage — it has started to work as that regional voice all on its own.

"The Senate has started to use the power that they have constitutionally to review legislation; they have always done consultations, but they're certainly showing a willingness to do much more than they have in the past," she said. "This means that those senators are acting as regional representatives."

"Sen. Paula Simons in particular, in so doing, has given some nuanced, really detailed, reasons for why she supports some legislation that's controversial for Alberta but not others," she said.

The West is bigger than 2 provinces: Thomas

Thomas also said that just because Trudeau did not win any seats in Alberta and Saskatchewan it does not mean he was shut out of the West, because he did elect MPs in British Columbia and Manitoba.

She said that appointing cabinet ministers from those two provinces would go some way toward representing the West if Trudeau accompanied those appointments with a convincing argument that the West is more than just two provinces. 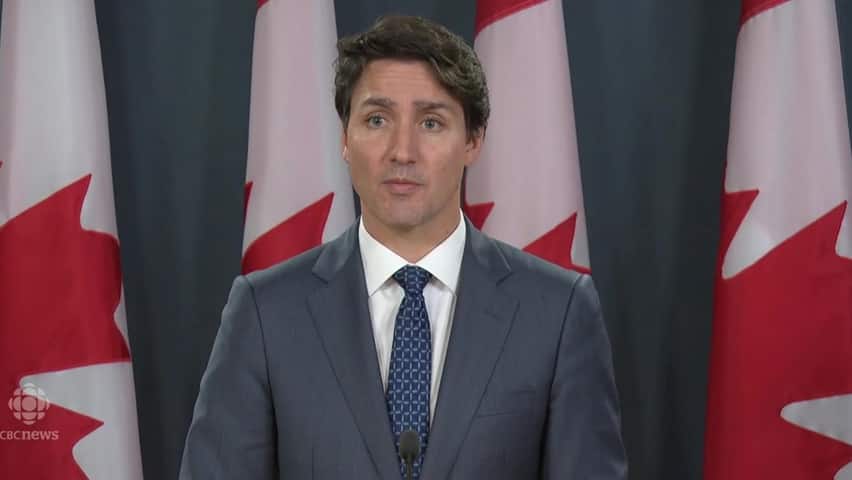 Trudeau will respond to the concerns of western Canadians

1 year ago
1:26
Prime Minister Justin Trudeau, in his first post-election news conference, says that he will have do a lot more listening to try and bridge the divide with western Canadians. 1:26

Tom Flanagan, a one-time campaign chair and adviser to former Conservative prime minister Stephen Harper, said that while it has been the custom to appoint either a senator or an MP to cabinet, Trudeau could decide to go another way.

"Legally the latitude is very wide. The prime minister can recommend whomever he wants for a cabinet appointment," said Flanagan. "That appointment doesn't have to be a person that's in Parliament right now."

"An option would be to appoint somebody's who's not now in either house of Parliament to the cabinet and just leave that person in the cabinet without bothering to seek a seat. A cabinet member doesn't have to be a member of Parliament."

Flanagan said someone appointed in this fashion might be able to escape criticism if the government could make the case that the move was temporary under a minority government situation and was necessary for the sake of national unity.

Prime ministers have previously appointed people who were not MPs or senators to cabinet positions, but that was done on the understanding that they would either be appointed to the Senate or would run in a byelection as soon as the opportunity arose.

On Jan. 25, 1996, then-prime minister Jean Chretien appointed Stéphane Dion minister of intergovernmental affairs and Pierre Pettigrew the minister for international cooperation despite neither having a seat in either the Senate or the House of Commons.

Dion and Pettigrew were elected March 25 that same year in byelections that were held in safe Quebec Liberal ridings. It has been noted, however, that there are no safe Liberal ridings in Alberta or Saskatchewan.

You don't need to appoint new advisers. You have to do what the prime minister has repeatedly said he's going to do:  build that pipeline.- Tom Flanagan

Philippe Lagassé, an associate Professor and Barton Chair at the Norman Paterson School of International Affairs at Carleton University said appointing ministers without the intention of having them run for election, would result in the undesirable situation of having ministers of the Crown that were unaccountable.

"Given that we have the option of the Senate, are we really going to flout constitutional convention that ministers should be parliamentarians just cause we don't want to ruffle some independent senator's feathers?" he said.

Lagassé said there is nothing wrong with an independent senator being aligned with government because many independents are aligned on a number of issues.

"The Senate has traditionally been a place where if the composition of the Commons does not allow for proper representation at the cabinet table, then the Senate can be called upon to address that issue. And if we're now closing the door to that, then we're hampering a significant federalism principle within cabinet and I don't think that's in keeping with constitutional propriety."

Donald Savoie, a professor at the University of Moncton, agrees, saying that "there is nothing to prevent Trudeau from appointing a senator who wants to remain independent but sit in cabinet."

There is the possibility that Trudeau could go another route and choose to craft some sort of western advisory council to advise cabinet, but Savoie says that would not likely work either because it would not be accountable and members of Trudeau's own cabinet might feel their authority to advise the prime minister was being challenged.

"That would be terribly awkward, besides western Canadians would see through it," he said.

Savoie said that Trudeau could follow in the footsteps of his father and appoint a westerner to a prominent position in his inner circle much like when Trudeau senior appointed westerner Jim Coutts to be his principal secretary.

"He could restructure his Prime Minister's Office and overweigh it with western Canadians," he said. "The PMO carries a lot of weight as we now know."

Flanagan said that while representation around the cabinet table is important, Trudeau did have ministers from both provinces in his last cabinet and he still ended up losing ground electorally.

The former Conservative adviser said forgetting about representation and focusing on other goals sought by the West may be more effective in bringing those provinces around.

"What would matter the most in the West is just building the TMX pipeline," he said. "You don't need to appoint new advisers. You have to do what the prime minister has repeatedly said he's going to do: build that pipeline.

"And if he does that, it would be so much more important than appointing a new adviser," Flanagan said. "If he doesn't [build the pipeline], no amount of cosmetic appointments will change things in the West."