Justin Trudeau's 1st 100 days and what he did with them

Prime Minister Justin Trudeau's first 100 days in office may not have been quite enough to implement a 21st-century agenda. But it is perhaps enough time to start. Or at least to set yourself up for the 1,300 days that follow.

Liberal agenda of change and ambition will be judged by achievements 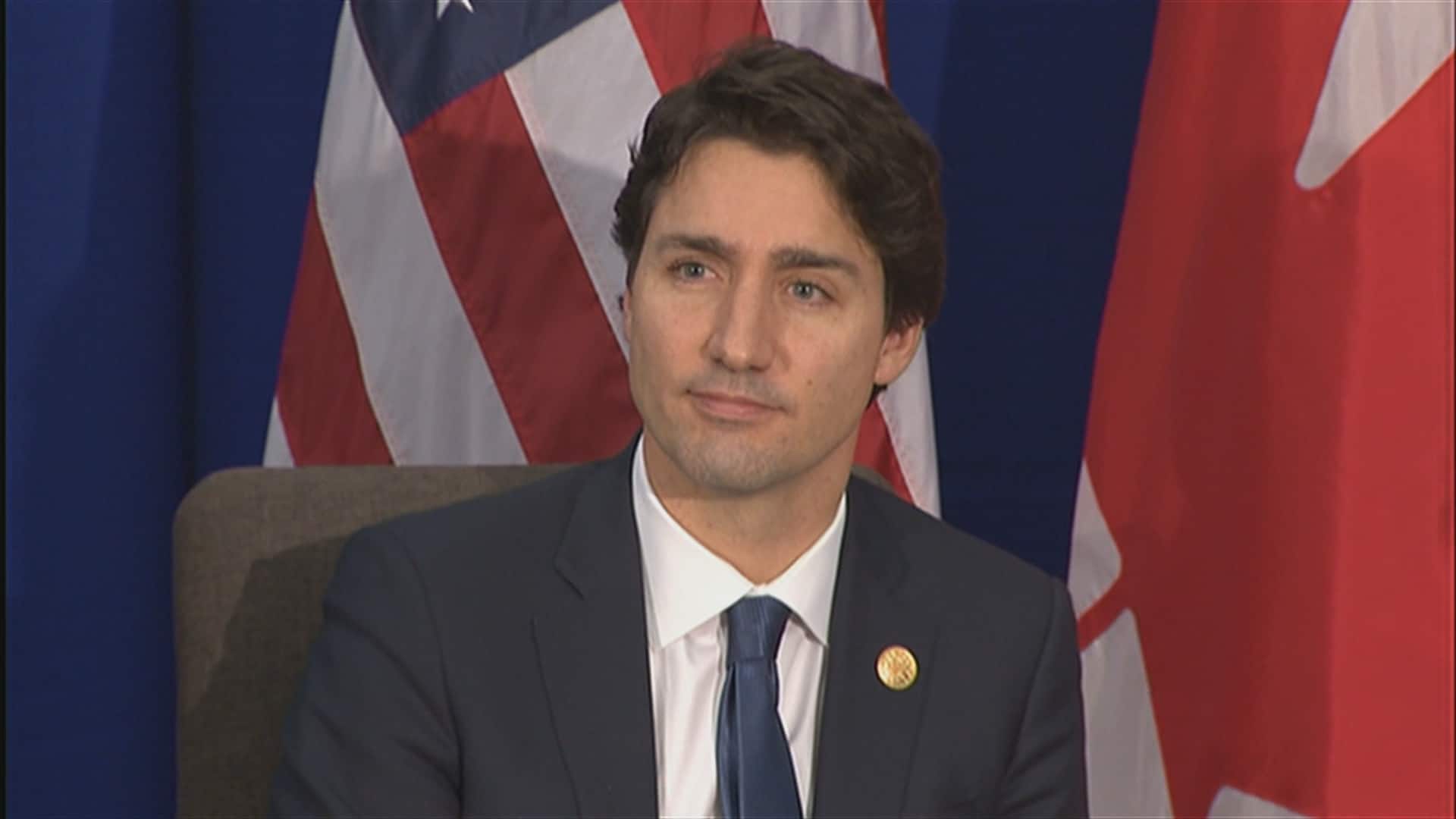 Trudeau's first 100 days by the numbers

The campaign was about change. And so perhaps it should only follow that the first months of the new government would be about change.

"We wanted to establish change," says a senior government official, asked about the first 100 days. "Our interpretation of our mandate was that, I think the prime minister's said this a hundred times, they elected people to do different things and do things differently."

The measure of Prime Minister Justin Trudeau's government might simply be how differently it does things. And, of course, how well it does the things it is committed to doing.

And this is very much a government committed to doing things.

In mid-January, the Trudeau cabinet converged on St. Andrews, N.B., to meet with each other and learn from Michael Barber, a highly regarded former civil servant in Britain whose latest book is entitled How to Run a Government: So that Citizens Benefit and Taxpayers Don't Go Crazy.

On the second day of the three-day retreat, Barber was made available for a half hour to the reporters who had travelled to St. Andrews.

"I say this from the heart, actually, I think Canada has a historic opportunity to deliver on what I'd call a 21st-century agenda," Barber said. "Not just for Canada on its terms, but because I think in a time when the world itself has lots of uncertainty and when politics around the world is pretty complicated, here in Canada there is a Liberal government with a really ambitious agenda, and I think the world will be watching to see whether they achieve it."

A hundred days — a round, arbitrary number — isn't quite enough to implement a 21st-century agenda. But it is perhaps enough time to start. Or at least to set yourself up for the 1,300 days that follow.

"It seems to me that they had thought quite a bit about the machinery-of-government side of it before the election, which is always helpful," says Tony Dean, a former head of the public service in Ontario who advised the Liberals during the transition process.

As Dean notes, a government that wants to do a significant number of things has particular reason to think about how. 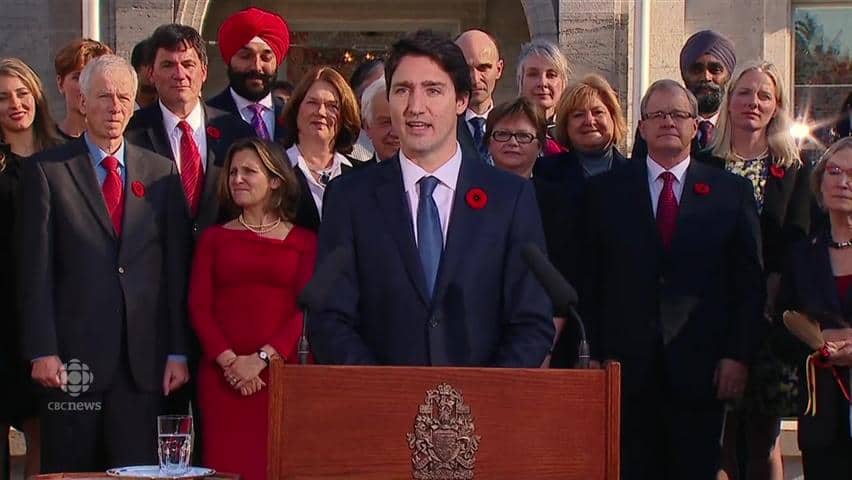 5 years ago
1:13
Justin Trudeau asked about gender parity in cabinet 1:13

Barber came to prominence as an adviser to Tony Blair's Labour government in Britain, and his "deliverology" is a philosophy for achieving results: setting targets, measuring progress and demanding accountability.

He promotes both the establishing and publicizing of targets, and while ministers and departments are still sorting through what will be measured and how, it seems that some amount of regular reporting on the Trudeau government's progress will be made public.

Since December, a government website has published a running tally of refugee arrivals from Syria, something that is described as a "prototype" of this sort of thing.

Deputy ministers are said to be busy, and while much is left to do, the new government has moved on several fronts: the long-form census; a tax cut; the mission against ISIS; pipeline review; and the start of what will eventually become an inquiry into missing and murdered aboriginal women.

There have also been a dozen gestures, some of them ostentatious, toward a new style of governing — from the prime minister entering the House of Commons through the front door to releasing the mandate letters that were issued to each minister. Trudeau has convened the premiers to discuss climate change and his ministers have participated in another 10 federal-provincial gatherings. Hansard is full of Liberal references to consulting and consultation.

The substance of such stuff remains to be seen. Talking would ideally inform action. And the temptations to be less than transparent will only increase. (However often he speaks to reporters, Trudeau isn't always expansive in his comments.) 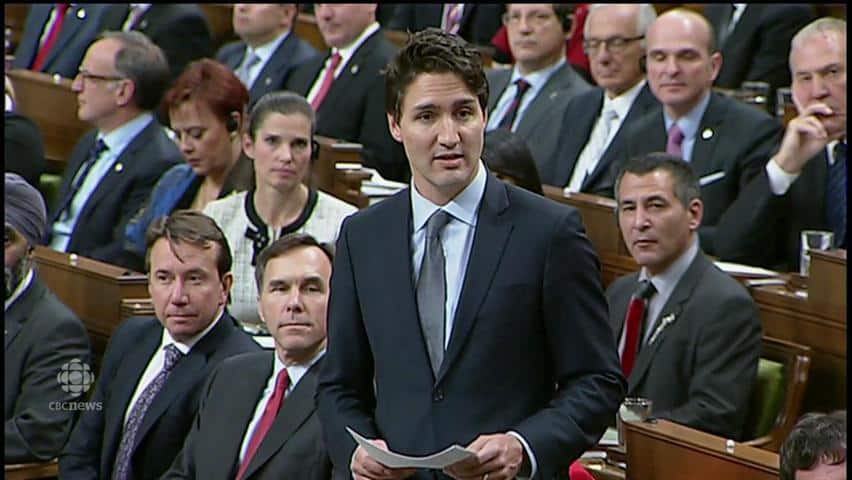 The potential for trouble is obvious. The economy is sputtering and regional tensions are flaring. Eighteen of Trudeau's ministers are new to Parliament. In March, the Liberals are due to first explain how the country will reduce greenhouse gas emissions and then table a budget, the latter featuring a deficit that is likely to be rather larger than the Liberals said it would be.

And then there is the sheer extent of what the Liberals have promised to address. The more one promises to do, the more opportunities there are to disappoint.

Swinging for the bleachers

Stephen Harper was an incrementalist, by design and by necessity. Trudeau's government uses the word "ambitious" to describe itself. "Our prime minister, he doesn't aim for bunts and singles," says Scott Brison, president of the Treasury Board. "He swings for the bleachers."

How the government reacts when it misses will be interesting to watch. "I think [voters] understand that we have a plan and we're going to work hard to execute it," says Navdeep Bains, minister for innovation, science and economic development. "And that if there are any changes or updates that we will be very open and transparent about that."

Harper arrived in office with a tidy list of five priorities, four of which were easily implemented (the fifth, a guarantee on hospital wait times, never materialized).

The Trudeau priorities are not yet so easily ranked. Barber's notion of a 21st-century agenda is based on three pillars: climate change; diversity; and democratic renewal. "Few governments I know of, if any, have set out to prioritize and really drive practical, measurable progress on these major themes," he explains via email.

The end of a consensus?

In 2014, Chrystia Freeland, now the trade minister, briefly returned to her former career as a journalist to write about the need for a progressive response to Ronald Reagan, the American president who famously argued that "government is not the solution to our problem; government is the problem."

She won't now go so far as to say Trudeau is that progressive response, but she notes his willingness and ability to get past the disconnect between the government and the governed that exists in other countries.

The senior government official sees Trudeau arriving at the end of a long consensus that looked unkindly on public investment and the public sector. But regardless, the simple fact remains that Trudeau came to office with an active agenda in the immediate wake of a prime minister who sought, actively, and by omission, to reduce the ambitions of the federal government.

"Positive leadership creates a virtuous cycle," Trudeau told the World Economic Forum in Davos. "The more results we achieve for people, the more we grow the middle class, and create real chances for those working hard to join the middle class, the more people will grant you a licence for further ambition."

The best assessment of Harper has it that he was defined by his ability to stay in office.

For Trudeau, it might be somewhat more about what he can do to justify being in office.