Some Conservatives now ready to support bill on transgender rights

When C-16, the Liberal government's bill to add gender identity to the human rights act and Criminal Code, comes before the House for a vote, Rona Ambrose and Tony Clement say they will be voting in favour.

When C-279, the private member's bill that would have added gender identity to the Canadian Human Rights Act and the Criminal Code, came before the House of Commons for a vote in 2013, Conservative MPs Rona Ambrose and Tony Clement voted against it.

This time around, Ambrose and Clement say they will be voting in favour when the Liberal government's bill to add gender identity to the human rights act and the code, C-16, comes before the House for a vote.

Neither vote is likely to be crucial to the bill's success: with Liberal and NDP support, the bill should pass the House of Commons comfortably. But they could mark a change of opinion that might still be significant. 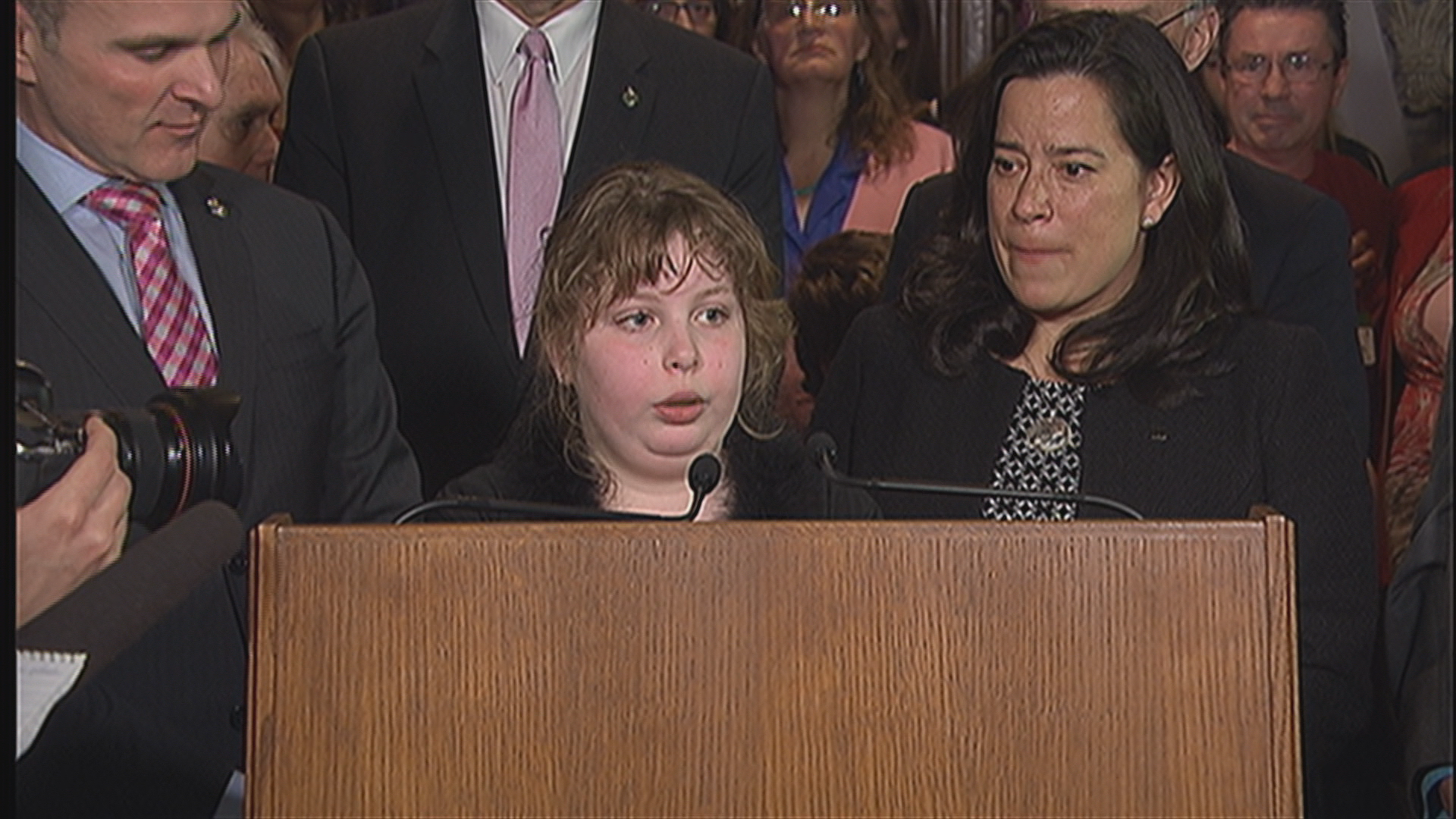 7 years ago
Duration 2:37
The Trudeau government introduced federal legislation that would guarantee legal and human rights protection to transgender people across Canada.

"I'll be supporting it," Ambrose told reporters on Tuesday. "While I know that in the past the courts have ruled that all of those protections do exist in the law, I do think the specific recognition and the codification in law is important. I know that it means a lot."

The Conservative caucus, she said, will have a free vote on the bill.

In an interview on Tuesday, Clement said he too would be supporting the legislation.

"My point of view has evolved over ten years of votes on this issue," he said.

Clement pointed to the influence he takes from his three children. "I have three children, ages 24, 22 and 18. They span the political spectrum but in their generation this is a foregone issue," he said. "They don't even understand why this would be debated."

He also says it makes sense that transgender Canadians should be included among those who have their rights acknowledged.

While Liberals, New Democrats and 18 Conservatives supported the bill tabled by NDP Randall Garrison, Conservatives accounted for all of the 137 votes opposed. Clement says that in 2013, the advice to Conservatives from the Justice Department was that the bill was unnecessary because gender identity was already covered by the law.

"That was the reasoning I relied on for my vote," he said. "But it's very clear to me now that for the community, as well as for those who strive for full equality on gender and other rights, they wanted a specific mention of the transgender community."

Ambrose and Clement follow Conservative MP David Tilson who told CBC News on Monday that his view had changed since voting against C-279 in 2013.

"It's obviously an issue that takes awhile for some of us to get used to," he said. "So these people have rights and we should give them to them."

Clement says the issue was raised with him during the last election campaign and that he believes his riding is becoming more socially liberal. He believes his current position reflects the point of view in Parry Sound—Muskoka.

Tilson has changed his mind on Transgender Bill

That change of opinion is not unanimous.

Conservative Senator Don Plett, who opposed C-279 and moved amendments that excluded areas such as bathrooms from the bill's provisions, told reporters on Tuesday that his position has not changed. "You know my feeling on transgender rights," he said. "They haven't changed since the last time I spoke about it ... They probably will not change."

Two Conservative senators who supported Plett's amendments, Denise Batters and Paul McIntyre, said Tuesday that they would be reviewing the legislation.

Those votes may matter more so. Plett is still a member of the Senate's legal and constitutional affairs committee and while the Liberals have a majority in the House, Conservatives have a plurality in the Senate.